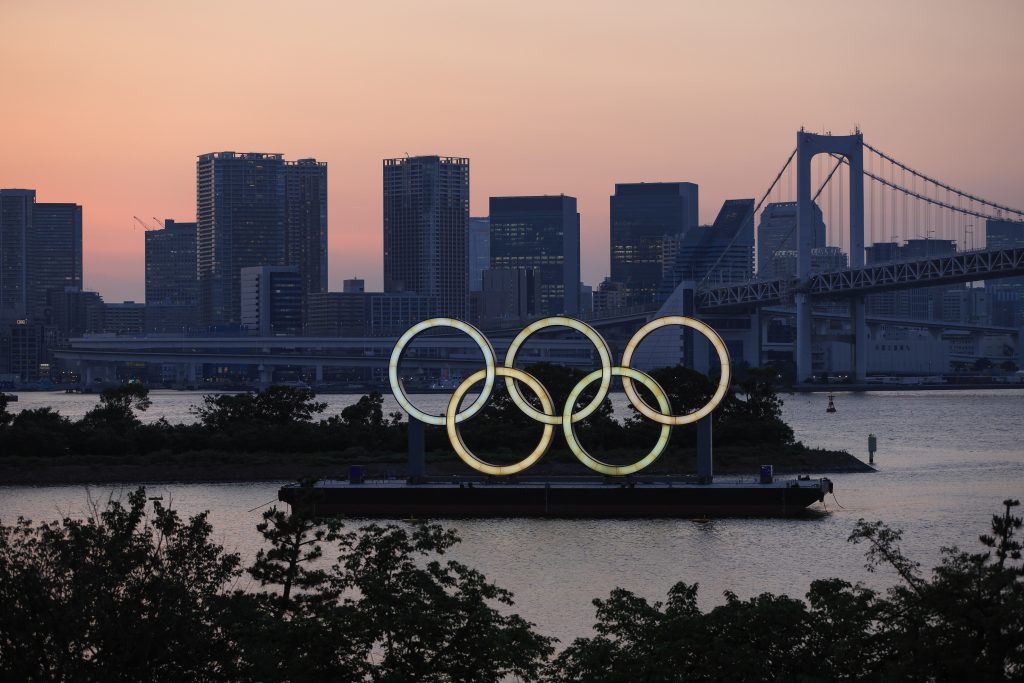 A day after announcing that no spectators will be allowed at the Tokyo 2020 games, the organisers said that fans around the world and in Japan will be able to experience the thrill of the Olympic and Paralympic Games Tokyo 2020 thanks to new, innovative technologies.

Tokyo 2020 will be broadcast globally to a potential audience of over 5 billion people, with more coverage by broadcast partners than any previous Olympic Games across both linear TV and digital:

In Japan, TV coverage of Tokyo 2020 is expected to be around double that of Rio 2016. In the USA, NBCUniversal will air more than 7,000 hours of coverage across TV and digital platforms – a US Olympic record.

Across Europe, Discovery Eurosport will air up to 4,000 hours of coverage on its TV and digital platform. This unprecedented level of content will be available in 48 territories.

The IOC and Olympic Broadcasting Services (OBS), working with the Tokyo 2020 Organising Committee and Olympic broadcast partners (RHBs), have also created a suite of digital tools as part of the “Share the Passion” project. It will allow athletes to engage with friends and family in the venues and allow fans all over the world to be actively involved in supporting their sporting heroes.

Fan Video Matrix: Allows fans to be a genuine part of the Games experience by sharing their reactions to the sporting action in five-second video selfies, which will be displayed as a video matrix inside the venue.

Cheer Map: A virtual “cheer” button will be embedded on several broadcasters’ digital platforms. Fans can watch the broadcast feed of an Olympic event and virtually clap or cheer by clicking the button. The system collects all the cheers and renders a global map of “cheer activity”. The map is sent as a video stream to broadcasters and showcased on venue video boards.

Athlete Moment – Family & Friends: At selected venues, Olympians will be able to interact live, straight after their competition with their family and friends back home through dedicated “Athlete Moment” stations.

“Our ambition is to bring the magic of the athletes’ achievements to the world on an unprecedented scale. Technology is going to play a critical role and allow us to bring fans ‘inside the venue’ virtually. This is an important ambition, not just for the fans, but also for the athletes as they compete on the world’s biggest stage. The IOC and OBS have been able to benefit from the great partnerships we have with the world’s leading media companies and sponsors and with Tokyo 2020. We also believe these new digital innovations will leave a legacy which we will build on at future editions of the Olympic Games,” says OBS CEO Yiannis Exarchos.

For Tokyo 2020, OBS will again push the boundaries of Olympic broadcasting by producing more than 9,000 hours content, 30 per cent more content than for Rio in 2016, in more formats, to assist the world’s broadcasters in bringing the Games to the world. The full live coverage will, for the first time in Olympic history, be in Ultra High Definition (4K) HDR with Immersive Audio (5.1.4). Audiences around the world will be introduced to never-seen-before camera angles, 360-degree replays, multi-camera live Virtual Reality (VR) coverage and more analytical data processed by Artificial Intelligence (AI) than at any previous Olympic Games, including:

Intel’s True View cameras, which offer, for the first time, immersive replays for all basketball matches. True View builds three-dimensional, 360° video through an array of cameras installed high in a stadium or arena.

3D athlete-tracking technology developed in collaboration with Worldwide TOP Partners Intel and Alibaba. This first-of-its-kind broadcast enhancement technology uses AI and computer vision to enhance the viewing experience with near real-time insights and overlay visualisations during the athletics sprint events (100m, 200m, 400m and 4x100m relay, as well as decathlon/heptathlon). Viewers will be able to understand at what exact moment each sprinter reaches their peak speed and analyse the different phases of the race in detail through a full set of race statistics.

In another breakthrough, the coverage of the archery competition will provide biometric data from miniature sensors worn by the archers. The monitor’s receptors will detect the heart rate and transmit the data wirelessly to generate the on-screen television graphics. Audiences will be able to witness the heartbeat variations and adrenaline rush experienced by the archers as they shoot their arrow.

In addition, the IOC has developed additional ways to enhance the way worldwide audiences will experience the Olympic Games, including:

olympics.com – launched by the IOC in May 2021, the new platform provides a single, people-centric digital presence that utilises Olympic digital and social media channels to drive engagement and deliver content and communications. Offering a comprehensive source for Olympic information, news and original content, olympics.com creates one destination for all Olympic online properties – including the Olympic Channel, Tokyo 2020 and all future Games – allowing for improved, streamlined digital engagement during and between each Games.

The Tokyo 2020 FanZone – an interactive gamification experience on olympics.com and the official Tokyo 2020 website and mobile app that will engage and unite fans around the world leading up to and throughout the Olympic Games:

Pre-Games: Fan can take part in regular trivia competitions to win prizes or enjoy thrilling sporting action from past Olympic Games via Magic Moments and vote on their favourite highlights.

During the Games, the Fantasy Challenge will allow fans to create a team by selecting their 10 favourite athletes from individual sports. Fans can start a league with friends or join an existing one to compete against other teams.

And in the Bracket Challenge, fans can attempt to select the winning bracket in each team sport while competing with friends and other fans around the world.

To celebrate the spirit of the Olympic and Paralympic Games, the IOC, in partnership with Worldwide Olympic Partner Airbnb and the International Paralympic Committee (IPC), will give people the chance to experience the Games like they’ve never done before, with a new collection of Olympian and Paralympian Online Experiences on Airbnb. Under the banner of “Tokyo Together”, the Olympian and Paralympian Online Experiences will bring the magic of the Games to the homes of fans around the world, from watching and commenting on the Games live with Olympians, to experiencing behind-the-scenes action live from Tokyo.

In addition, Coca-Cola’s PLAYNATION hub provides group experiences and games that can be played anywhere, whether through the Virtual Torch Relay, or gamification experiences. Coca-Cola will offer exclusive video content through unlockable rewards based on user engagement across the platform released throughout the Games.

Samsung will continue its legacy of supporting athletes by providing them with exclusive Galaxy S21 5G Tokyo 2020 Athlete Phones to help maintain real-time connections, keep up with information, and capture and share memories of the Games with their friends and family back home.

Worldwide Olympic Partner Intel will stage the Intel World Open esports tournament, ahead of the Olympic Games, engaging fans around the world.