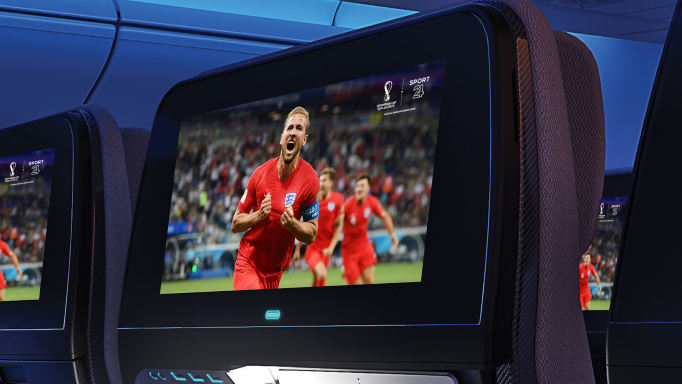 Sport 24 and its secondary channel Sport 24 Extra will show more than 125 hours of live coverage from this year’s much awaited FIFA World Cup™. In addition to the live broadcast of all 64 matches of the tournament, these channels will also air multiple repeat matches and highlight shows, on airlines and cruise ships across the world.

FIFA’s Director of Media Partnerships, Jean-Christophe Petit, said, ‘We are pleased to be able to extend our partnership with IMG, to ensure that fans travelling inflight or in ship have the fantastic opportunity to enjoy the FIFA World Cup Qatar 2022™ on a live basis thanks to the Sport 24 services’

Richard Wise, SVP, Content and Channels for IMG’s media business, said: “The FIFA World Cup™ is one of the most popular sports events in the world and is a huge hit with passengers. We are delighted to partner with FIFA to ensure that passengers don’t miss out on live action, even while travelling.  As Sport 24 celebrates its 10thanniversary this year, we are thrilled to expand our portfolio and strengthen our position as the premium live sports channel for the airline and cruise industry.”

Scheduled to take place in Qatar from 20 November to 18 December, the FIFA World Cup Qatar 2022Ô will feature a host of international football stars such as Lionel Messi, Cristiano Ronaldo, Neymar, and Harry Kane as they strive to take their national teams to glory.