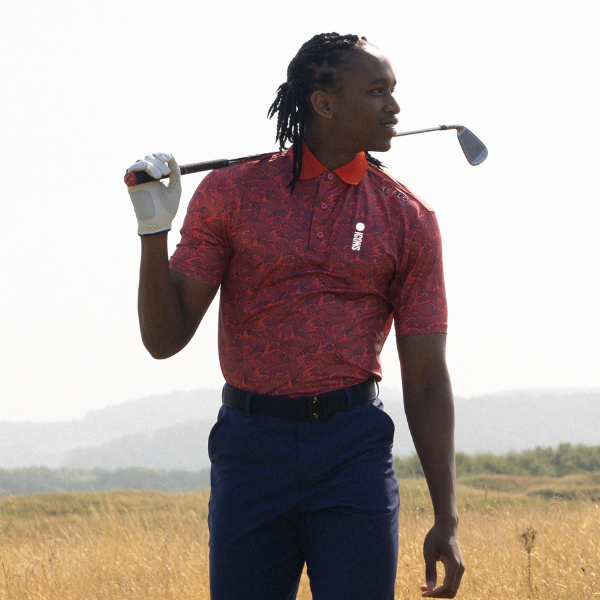 Icons Series, a new concept in sport and entertainment, today announced a three-event partnership with sustainable clothing brand Reflo to become the “Official Team Rest of the World Apparel Partner.” The agreement begins with the inaugural USA event June 30 – July 1 at Liberty National Golf Club in Jersey City, NJ, where Reflo will outfit furnish Ernie Els’s team with six unique outfits inspired by the majestic waterside location of the course.

Known for disrupting the fast fashion industry while leaving a positive impact on the planet, Reflo apparel is made from advanced technical fabrics woven from recycled waste, and the gear for this summer’s event will repurpose the equivalent of 36,608 plastic bottles.

Highlighting the company’s sustainability-driven purpose, Reflo will plant nearly 3,000 trees in partnership with Icons Series and implement additional initiatives at the event such as planting an additional tree for every birdie made. Fans can track the initiative’s progress by using #Trees4Birdies.

“We are incredibly excited to be partnering with Reflo, one of the most innovative new brands in the apparel space,” said Icons Series CEO, Thomas Brookes. “Their sustainability efforts are industry-leading and align perfectly with Icons Series’ goal of ‘making a difference by being different.’”

“The Icons Series is a cutting-edge sport and entertainment concept whose aim to deliver a differentiated product to a global audience aligns with our vision,” said Reflo Co-Founder Rory MacFadyen. “We’re thrilled to be partnering with Team Rest of the World beginning with the inaugural USA event this summer and showcase our high-quality apparel options being worn by iconic sports stars. We are also delighted to be spreading the Reflo message and supporting the invaluable staff, volunteers and officials of this unique event.”

Bolstering their commitment to sustainability, in 2021 Reflo launched an extensive collection of high-performance men’s apparel. The apparel is made from advanced technical fabrics woven from recycled waste including single use plastic and coffee beans. The UK-based company aims to recycle five million plastic bottles worth of plastic, and plant 1 million by 2026. The fabrics are created to adhere to multiple sustainability certifications including Global Recycled Standard, Bluesign, Oeko-Tex 100 and U Trust.

Today’s announcement supports Reflo’s commitment to challenging the traditional sponsorship model by cultivating positive impact partnerships engineered to create a more sustainable future. The company recently announced a partnership with the Trust Golf Women’s Scottish Open with additional sports and brand collaborations to be announced throughout the year. Reflo products, including the limited edition Reflo x Team Rest of World polo shirts will be available to purchase on course throughout the event and at www.reflo.com.

Icons Series is a world-first, innovative new concept in sport and entertainment which brings bonafide global icons together for an ultra-competitive team match-play tournament. The events feature Team USA against Team Rest of World, with two professional captains and rosters composed of the biggest names in sport battling it out in a new frontier in entertainment. Founded by visionary global sports executive Thomas Brookes, Icons Series launches at Liberty National Golf Club in 2022 with additional worldwide events to follow.