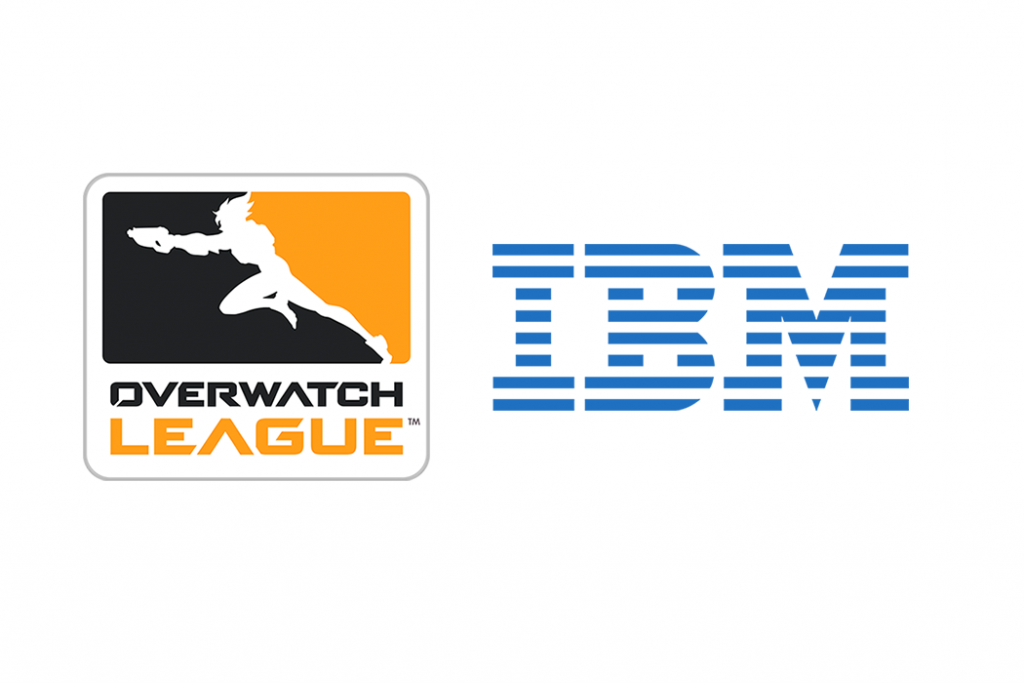 Today, IBM and the Overwatch League™, the world’s first global esports league with 20 city-based teams, announced its first-of-a-kind multi-year deal to bring IBM’s cloud computing and artificial intelligence (AI) technology to esports. A sponsorship component kicks off at this year’s 2020 Overwatch League Grand Finals, which started Oct. 8 and run through Oct. 10. With the agreement – IBM’s first-ever esports deal – the technology leader becomes the official AI, cloud, and analytics sponsor of the Overwatch League. The deal covers the 2020 Grand Finals and the entirety of the 2021 and 2022 Overwatch League seasons.

Through the course of the deal, IBM and the Overwatch League plan to leverage IBM’s suite of advanced cloud and AI products. Starting in 2021, IBM and the Overwatch League will be working closely to develop technology solutions leveraging IBM’s expertise in natural language processing and machine learning to improve the league’s rankings system, and utilize IBM’s Watson AI capabilities to create live and in-broadcast predictive analysis, with specific solutions currently under development.

“We’re constantly striving to give fans the ability to more meaningfully engage with the Overwatch League, and teaming up with IBM enables us to do just that,” said Brandon Snow, Chief Revenue Officer of Activision Blizzard Esports. “IBM’s cutting-edge AI and machine learning, underpinned by cloud technologies, will help enable us to bring interactive and innovative engagement opportunities to our fans and teams. This is a fantastic benefit to our viewers, and we’re very excited to be announcing it during the biggest event of our season.”

“We’re thrilled to bring our world class Cloud platforms and Watson portfolio to one of the leading esports platforms in the world,” said Noah Syken, Vice President of Sports & Entertainment Partnerships, IBM. “The solutions we’re partnering to create can help the organizations, players, and fans enjoy an even more immersive, engaging experience. We look forward to working with the Overwatch League, to bring innovative solutions at scale, to broad and relevant audiences.”

The sponsorship with the Overwatch League will kick off in 2021 and include new solutions, that plan to be hosted on the IBM Cloud. Those solutions, which are currently under development, will leverage IBM’s suite of analytics tools to process in-match data, adding Watson’s AI capabilities through the use of Watson Machine Learning and the AutoAI functionality within Watson Studio. Additionally, the solutions will find new ways to showcase the wide array of historical statistics that the Overwatch League gets from live play.

The announcement of IBM and the Overwatch League teaming together is IBM’s first foray into the global world of esports and joins an impressive list of sports and entertainment partnerships that IBM technology powers around the world. IBM has been a part of gaming history as a hardware manufacturer, chip creator, and software provider for developers since 1985. Over the past 35 years, IBM has worked with gaming and esports entities through PowerPC processors, NLP, and cloud technology.

IBM has been a long-time partner to a range of sports organizations, teams, and events, including tennis (US Open and Wimbledon), golf (The Masters), football (via ESPN Fantasy Football), and the GRAMMY Awards. Through IBM’s partnerships, including IBM’s new engagement with the Overwatch League, IBM is able to reimagine sports, and entertainment experiences for fans, players and coaches alike, leveraging the flexibility of the hybrid cloud, and other AI-powered solutions.