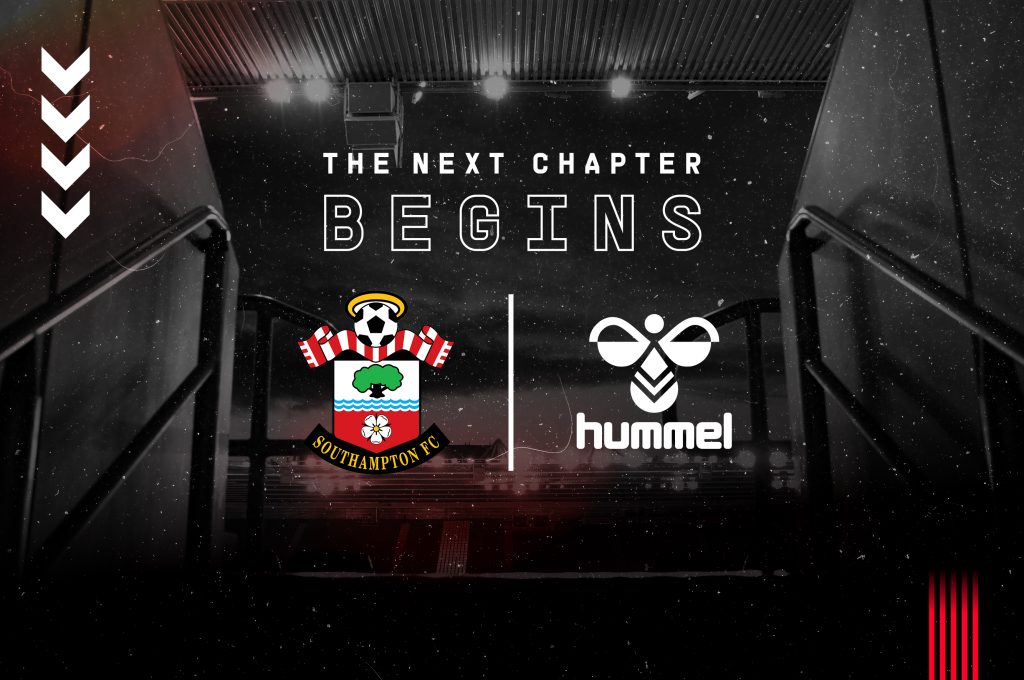 Southampton Football Club has agreed a partnership with the iconic sportswear brand, hummel.

Starting on 1st July 2021, the five-year partnership will see hummel combine their renowned product innovation and passion for doing things differently to help the club progress on and off the pitch.

The legendary Danish brand has a proud sports history and is one of the most recognised team sport brands in the world, yet have a real focus on paving the way for a better tomorrow by creating positive change through sport, a vision that aligns perfectly with the club’s own mission of turning potential into excellence on and off the pitch.

The appointment of hummel follows an extensive search to find a new partner that shares the club’s values and desire to push the boundaries. The partnership also sees the club reunite with a brand who will already be familiar with many supporters, with their famous chevrons and bumblebee trademarks having featured on several cult classic Southampton kits between 1987-1991, including the design introduced in the 1987/88 season which was based on Denmark’s 1986 World Cup shirts.

As the club’s Official Kit Supplier, hummel will design and develop match, training and travel wear across the club’s men’s, women’s and academy teams, along with a comprehensive retail offering.

Allan Vad Nielsen, hummel’s CEO said: “After 30 years apart, we’re extremely proud and honoured to be back as an official partner of Southampton FC.

“Football is engrained in our brand DNA at hummel and the partnership with Southampton represents another huge step of our ambitious growth plans and expansion internationally.

“Southampton has continuously proven its pioneering and innovative approach in the game and along with its strong values and history, this is a perfect fit for hummel. Together, we share the same values of turning potential into excellence on and off the pitch, and we are truly looking forward to be working with the club on future product collections and fan activations.”

Southampton Football Club’s Chief Commercial Officer, David Thomas, commented: “From the moment we first met the hummel team it was obvious there was a great connection between us, not only because of our past history, but also because of the potential of what we could achieve together in the future.

“hummel’s core mission of wanting to change the world through sport aligns perfectly with our disruptive approach to how we behave on and off the pitch.

“We hope these shared values will create a unique partnership that not only produces great kits for our players and fans but also redefines the positive impact two like-minded organisations can achieve together.”