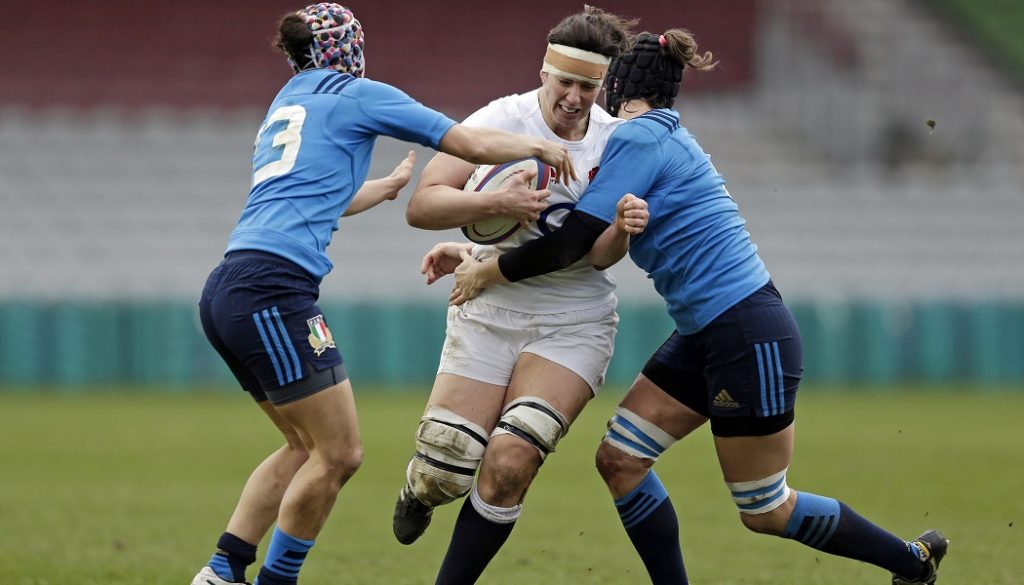 After an initial postponement due to Covid-19 at the beginning of the year caused it to be run separately to the men’s championship, the Women’s Six Nations continues this weekend. Ahead of the tournament, Nielsen Sports Head of Brands, Lynsey Douglas, looks at how women’s rugby is becoming more and more sufficient, rather than relying on the men’s game.

Over the past year many women’s sports have faced postponements, cancellations and disruption to fixtures, however despite this we have seen some positives emerge in the past months; none more so than in women’s rugby. With the announcement of the new WXV competition, a principle partner for a potential women’s Lions tour in Royal London and free-to-air coverage of the Six Nations across the BBC, it has been an exciting few weeks for the sport.

“There is an opportunity now for a broadcaster to become the home of women’s rugby, both at an international and domestic level, and play a part in making it easier for fans to watch.”

Despite the disruptions of the past year, through the Nielsen Sports Fan Insights tracker we’ve seen the fanbase of women’s rugby rise from 9% of the UK population in August 2019 up to 16% in January 2021, with a peak of 19% just after last year’s Autumn Internationals.

We believe that this growth is due to increasing media coverage of the Premier 15s and internationals; more club matches being streamed; and the likes of successful clubs such as Exeter Chiefs launching a women’s team. We’ve found that fans are skewed 59% male and 41% female, and as the size of fanbase has increased it has become proportionally more male. This is reflective of the wider rugby audience becoming fans of both women’s and men’s rugby.

With all this year’s Six Nations matches being shown on the BBC network – and Scotland’s and England’s finals on BBC Scotland and BBC Two respectively – we will see significant audiences in the UK. There was a combined audience of 1.1 million across England’s two matches against France in November, so it’s likely England’s final, whichever one they are in, will attract a stronger audience on BBC Two. It’s likely we will also see a broadcaster come in to show the Allianz Premier 15s semi-finals and final later this season.

“With the growing fanbase and interest from broadcasters there is also a golden opportunity for sponsors to come into a sport that is on a growth trajectory.”

Women’s rugby has suffered in the past from not being available in one place and Six Nations fixtures have been hard to find even for the most ardent fans. There is an opportunity now for a broadcaster to become the home of women’s rugby, both at an international and domestic level, and play a part in making it easier for fans to watch. With the growing fanbase and interest from broadcasters there is also a golden opportunity for sponsors to come into a sport that is on a growth trajectory. The sport’s rights holders should be looking for brands who are innovative, progressive and want to be part of the journey. It’s a unique offering that is very different to the men’s game.

This is perfectly demonstrated by Royal London coming on board with the British & Irish Lions as the principle partner to the women’s Lions programme. They are not only supporting what is so far only a conceptual team, they will also be part of the study to understand the format and feasibility of a women’s tour, which will ensure that when it happens it will be successful.

“We are seeing a step change in ambitions for the women’s game by those that run it and a belief that it can forge its own path that is different from the men’s game.”

Those involved in women’s rugby have always known that a women’s Lions tour wouldn’t be able to simply replicate the men’s format, as different countries provide the strongest opposition. New Zealand should be top of the list, but tours to North America, to play the USA and Canada, and to France also would be exciting match-ups. We could even see innovations such as mini tournaments or a mixture of formats by bringing 15s and 7s teams on tour.

The potential of a women’s Lions tour; the announcement of the new WXV global competition; and the Six Nations taking place at a different time from the men’s competition are important for the sport. We are seeing a step change in ambitions for the women’s game by those that run it and a belief that it can forge its own path that is different from the men’s game. We’ve not even mentioned 7s at the Tokyo Olympics, the Rugby World Cup now taking place in 2022 and the Commonwealth Games in the same year. All of these major events open up opportunities for broadcasters and sponsors to start looking ahead and setting their women’s rugby strategy, to help take the sport to new levels and reach a growing and engaged women’s rugby audience.