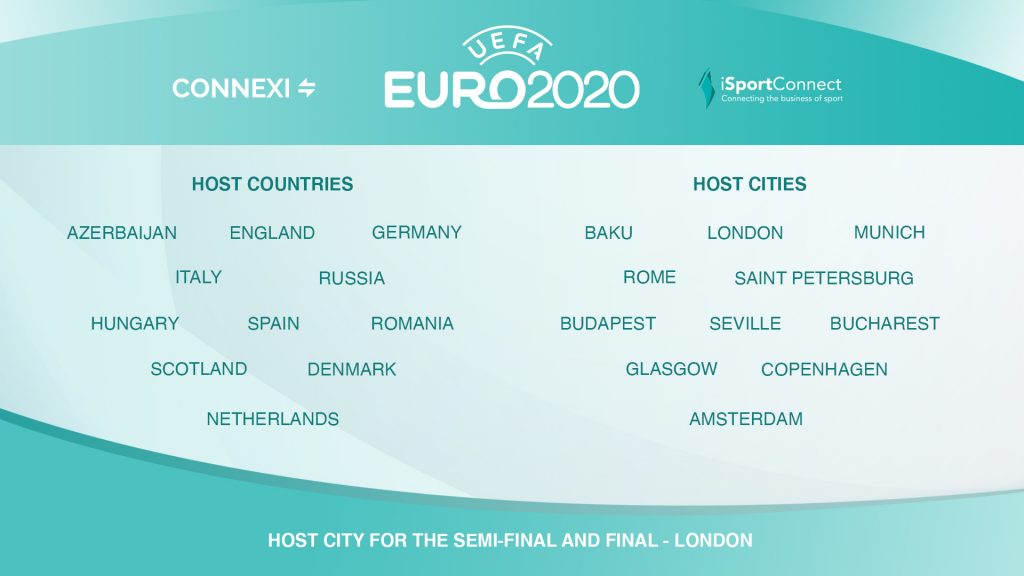 Connexi’s Zak Gelbier looks at how UEFA EURO2020 has offered international partners from outside of Europe the opportunity for wider exposure.

UEFA EURO2020 has been memorable as a result of its timing, after originally being delayed by one year due to the COVID pandemic, but it was always planned to be a unique one.

Back in 2012, UEFA announced that the 2020 edition of the tournament would be held in various major cities throughout Europe. It was to be a special celebration of European culture, showcasing a wide selection of what the continent has to offer.

“The main difference with this new format would be the diversity of the audience.”

This summer’s tournament has had a structure unlike any other previously. The traditional format would see games being held in different stadiums across a single country or neighbouring countries. The spectacle this year sees games being held in 11 venues, across 11 major cities, across 11 European countries. Each group is held in two cities, while the semi-finals and final will be played at Wembley Stadium in London.

EURO2020 gives brands exposure to a wider variety of people, potentially ones who have never heard of them before. The majority of the sponsors connected to EURO2020 are Chinese or US based. This new format benefits these brands particularly, as it enables them to reach areas of Europe that they otherwise might not have directly thought about.

For brands, understanding their own specific audience as well as the audience of the rights holder is so important. Understanding who exactly they are targeting and ultimately solidifying why they are targeting them. But in this case, the tournament sponsors are taking a different route. By working on probability, more countries would equal more people, as well as more differing cultures, and therefore more chance of a successful marketing campaign.

Sponsoring brands will be paying large sums of money for greater outreach. Major international tournaments naturally have large TV audiences. The new format most likely won’t increase this, but it is intended to increase direct in-person physical outreach for the tournament and for the sponsoring brands.

“The new format most likely won’t increase this [the tv audience], but it is intended to increase direct in-person physical outreach for the tournament.”

Rather than being limited by what is available in a specific host country, UEFA is able to hand pick large capacity major cities and major stadiums from multiple countries. With COVID restrictions in place across Europe, this hasn’t gone completely to plan but the intent was there.

It does however still impact exposure of the brands elsewhere in the host cities, through adverts, banners, flags and even fan activations. Each host city has fan zones set up jam-packed with advertisements and spending fans.