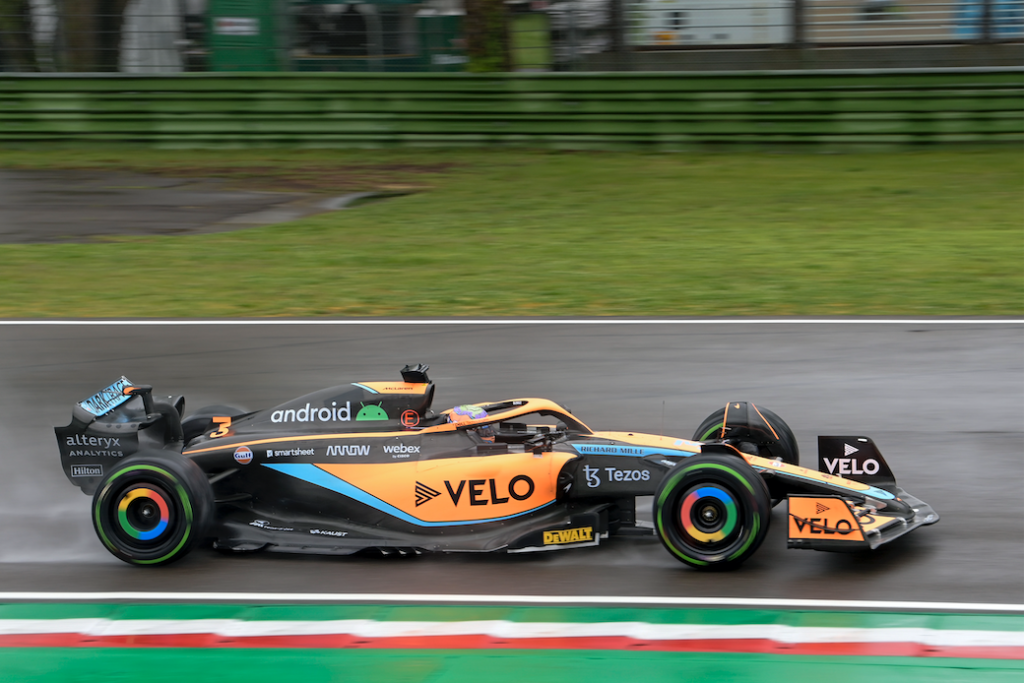 Tezos share a look at their partnership with McLaren Racing and explain how their organisation helps to facilitate successful NFTs across a longer term basis.

This past week we saw the NBA (National Basketball League) crown the Golden State Warriors champions. The long NBA season was speckled with NFT drops covering everything from officially licensed trading cards to players launching their own NFT activations.

“Sales on the blockchain networks supporting the NBA NFTs are showing sales down double digits in the final month of the season.”

But sales on the blockchain networks supporting the NBA NFTs are showing sales down double digits in the final month of the season. Meanwhile, Tezos NFT sales, were the first ever championship NFT for a major sporting league was launched last year after the F1 finale, are up double digits in the same time period.

We take a look at the McLaren Racing NFT Collective to dive deeper into what sets Tezos and the Tezos community apart in a crowded market for NFTs.

McLaren Racing is among the oldest and biggest names in competitive motor racing, and one of the most successful Formula One teams in the history of the sport. In 2021 McLaren announced a multi-year partnership with Tezos, an energy-efficient, open-source Proof-of-Stake blockchain used by many of the biggest brands in sports and entertainment.

“In addition to the NFTs themselves, fans that collect complete cars on the McLaren Racing Collective platform are rewarded with unique experiences.”

McLaren uses Tezos to create new and unique non-fungible token (NFT) experiences for fans. The first McLaren Racing digital collectible drop was a celebration of the team’s 2021 season Formula 1 car, the MCL35M. The car was transformed into 22 components, in the form of NFTs, which fans could collect to assemble their own 3D model. Subsequent drops have included limited edition driver cards and the three UNDFTD x McLaren Indy 500 livery IndyCars.

The fourth McLaren NFT drop on Tezos will take place around the upcoming British Grand Prix, and will offer lucky fans the chance to unlock real-life experiences including a ride around the famous Silverstone circuit, and a peek behind the scenes at McLaren’s headquarters.

Three NFTs; a racing helmet, racing suit and race boots will be dropped on July 1, July 2 and July 3, respectively. Fans who collect all three NFTs over the course of the Grand Prix weekend will unlock a ‘master NFT’, combining all three race suit elements into a complete driver, and also earn a spot on a virtual call with a McLaren F1 driver.

Ahead of the British Grand Prix, Tezos is hosting an activation space at the iSportConnect Web3 Summit on June 28th – 29th in London. The Summit will include talks by Leeston Bryant, Senior Marketing Manager, Esports & Gaming at McLaren Racing, Mason Edwards, CCO, Tezos Ecosystem, and Edward Adlard, Global Head of Business Development and Adoption, Tezos Ecosystem.