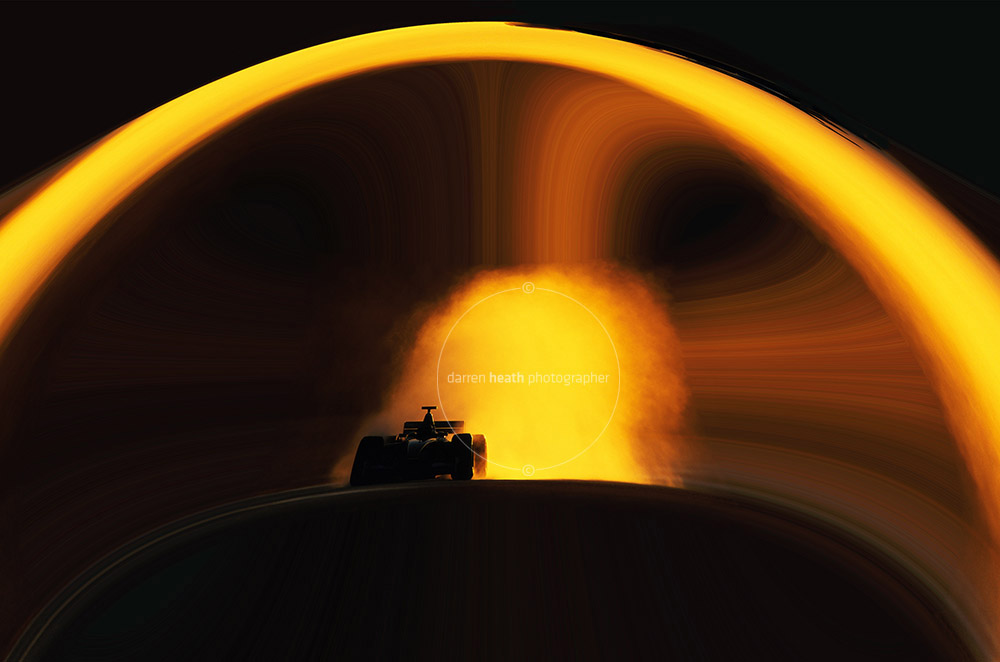 For the latest Digital Café, David Granger looks into how new tech is being used to combat an age-old problem of making sure image rights remain in the right hands.

The digital revolution has brought great things to the world sport, but with a downside. For every chance to ditch linear TV and watch a legitimate livestream, there are pirate sites sending that same stream to non-paying spectators. For every great image shot, it’s illegally used or distributed hundreds of times. More open access opens up more opportunities for theft.

Ever innovative, the digital world has found a solution: NFTs (non-fungible tokens). NFTs are unique digital assets which mean they retain their scarcity – they cannot be copied or divided, and their provenance is proved via blockchain technology, the same as crypto currency. They’ve been used in music, art and now one Formula One photographer Darren Heath is pioneering their use to ensure his work is rewarded, while retaining its value for him and anyone who purchases it.

“It was one of the concerns of F1 back when social began – how do you control broadcast and image rights when everyone, regardless of whether or not they had accreditation, could take, produce and publish footage and photos.”

This might not stop less scrupulous curation sites copy-pasting images in general, but it does mean content producers are clawing back ownership, while creating new revenue streams.

Darren says: “It’s a result of the democratisation of photography that the digital world has ushered in, that many now believe image-use to be for free.”

It was one of the concerns of F1 back when social began – how do you control broadcast and image rights when everyone, regardless of whether or not they had accreditation, could take, produce and publish footage and photos. The rights-holders answer initially was to blanket ban social, behind-the-scenes content, but gradually and steadily this has been reversed.

Can NFTs change all this? For Darren they are a way to ensure he is creating one-off images which retain their value. He was introduced to NFTs by his friend, California-based George Woods Baker who pointed out a potential opportunity. Chairman and CEO of his Intrepidus group of companies and Managing Director of PaddockAccess, George has been a long-time strategic advisor within F1.

“The ability to offer artistic interpretations of my photography via NFT platforms struck me as an opportunity,” said Darren. “The extended time away from working at racetracks due to Covid, allowed me to step back and appreciate where the industry is. I feel it’s time something new and exciting came along to shake-up motorsport imagery. Perhaps, interestingly, enhanced NFT offerings are just that. Recent restrictions on travel, and my inability to cover grands prix, have resulted in me having had to think creatively about other ways to remain relevant and continue to be commercially active.”

“While NFTs may not halt all piracy and theft of assets, it might be that the technology can be adapted and used to retain rights for creators, athletes and federations.”

While NFTs may not halt all piracy and theft of assets, it might be that the technology can be adapted and used to retain rights for creators, athletes and federations.

The Background – How did you hear about NFTs?

“George (Woods Baker) asked me mid-March 2021 if I was aware of NFTs. I wasn’t, so did my research, quickly realising its potential. There are some slightly confusing elements to the digital marketplace using blockchain protocols, but once one gets a grip on the details it’s basically the same as any offline environment.”

Can you explain the process of creating, promoting and selling via NFT?

“There are very few photographers involved with NFT platforms. Perhaps the main reason is that if a professional photographer sold an original version of their work they’ll be unable to market that particular image again. It struck me the way around this is to manipulate the original photo and then offer this version for sale. The photographer isn’t then facing the dilemma of losing the ability to market original versions of their work for more conventional image sales. Promotion, like almost every area of commercial life, is key.”

“The process of selling NFTs involves a traditional English auction approach with a reserve price being set. Once the reserve has been met, a 24-hour countdown begins with the top bid winning when the clock stops. Some sites trade in US dollars, but most use crypto currencies on a blockchain network.

“There’s no way I can sell my original – as shot – photographs as one-off limited edition NFTs and never be able to sell them again.”

“The winning bidder is sent a large file version of the auction lot accompanied by the blockchain certificate confirming ownership of the original work.”

Do you create the images differently for digital use and NFT?

“I do. There’s no way I can sell my original – as shot – photographs as one-off limited edition NFTs and never be able to sell them again. I apply creative technique, using Photoshop to manipulate the picture to alter the look and feel of the original. Starting to produce NFT work, I realised each photograph demands a differing approach, some responding well to extreme creative input, others… not so much.”

Is this the way forward, will all prints be sold this way?

“Possibly. But there will always be a market for the printed image. I can imagine picture display technology that allows digital imagery to be displayed in ever more creative ways in our homes, at bars, restaurants, sports arenas.

“The rise of crypto currencies and particularly Ethereum – with the resulting ability of creators to directly interact with their followers and fans – will mean the future of art and commerce become combined and become the default marketplace.”

The Photographer: Darren Heath – “I shot my first Formula One event as a professional photographer at Silverstone’s 1988 British Grand Prix, so for 32 years plus being paid to cover the sport I’ve always adored has been my life. During my career I’ve photographed most sports one can think of from Formula One to football, from swimming to canoeing, and from horse racing to America’s Cup yachting, but at the end-of-the-day I’m known for shooting F1 in a creative and visually interesting way. The best places to find my work are my website: https://www.darrenheath.com and my Instagram account: https://www.instagram.com/artoff1/ “