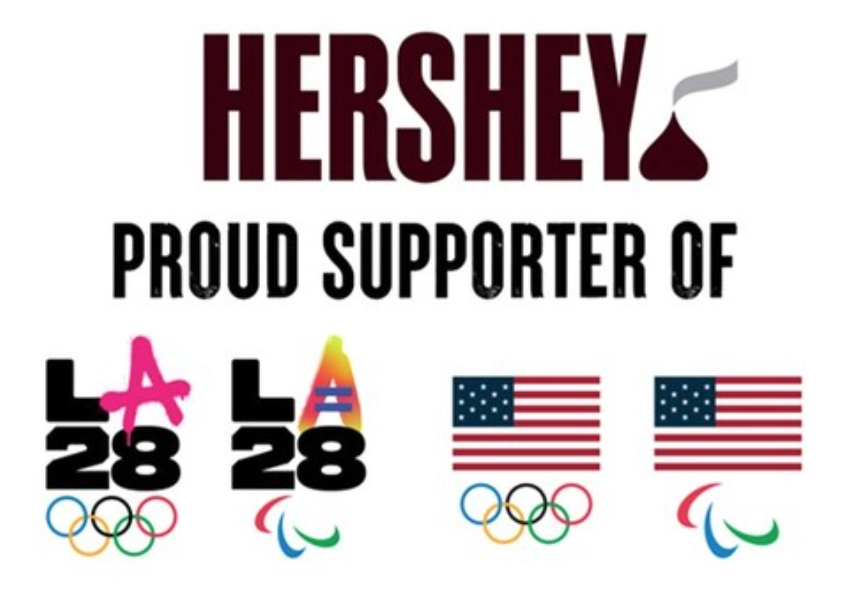 The Hershey Company today announced they have renewed their partnership with Team USA and will partner with the LA28 Olympic and Paralympic Games. Hershey will support Team USA through 2028 when the Games return to American soil, as well as during Paris 2024 and Milan Cortina 2026.

“We’re proud that our iconic brands will continue to be a part of celebrations and the moments of goodness for both athletes and fans supporting Team USA through the LA28 Games,” said Vero Villasenor, vice president of confection, The Hershey Company. “Our employees, partners and consumers who love our brands all share a passion and pride in celebrating our U.S. Olympic and Paralympic athletes.”

The renewed agreement builds on the partnership and support Hershey provided to Team USA athletes who competed in Rio 2016, PyeongChang 2018 and Tokyo 2020. Hershey will also utilize NBCUniversal’s Olympic and Paralympic media platforms to support the partnerships through 2028.

Stay tuned for more exciting announcements from this powerhouse partnership as we get closer to Team USA’s participation in the Olympic and Paralympic Games Paris 2024.