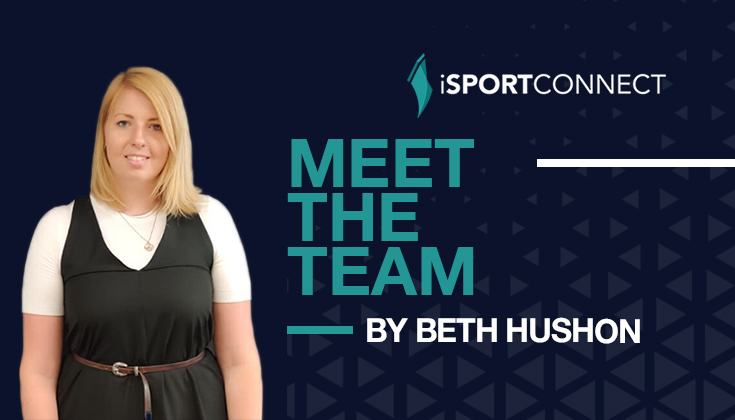 “Harder, Faster, Stronger, TOGETHER”: The Olympics Of Togetherness And For The Athletes

Community Manager Beth Hushon looks at how the Tokyo Games has adapted as we approach the close of the most unique Olympics we have ever seen.

Over the past year, it has been great to speak to many international federations across our Community Peer Groups. It has been a challenging time for all, with one of the main concerns across the federations the uncertainty for the athletes. How do you manage the unknown of whether or not events will be going ahead? The speculation from the media? Constant news around the world about Covid-19?

What was great to hear in the Community Peer Groups were federations who wanted to support their athletes and knew the impact of this uncertainty. Yes, there are requirements and obligations to fulfil, but the Olympics is needed for the athletes.

“If Tokyo 2020 didn’t go ahead, that would be an eight year wait for athletes and their sports to take to the main stage.”

As we know from working in the business of sport, decisions on events and competitions are more and more driven by the commercial side, especially broadcast rights. Hence why the swimming finals at the Olympics in Japan and for Beijing 2008 are in the morning for broadcasting in the USA. This is a topic for discussion on its own.

For some of the athletes and their sports, the Olympics are the pinnacle of their career. If Tokyo 2020 didn’t go ahead, that would be an eight year wait for athletes and their sports to take to the main stage. Some athletes would be at the peak of their career and unable to know if they could make it to another Olympics. The pressure to make an Olympics is great enough to then add the uncertainty of whether it may happen. These athletes have needed to find a new form of strength. Same with the international federations and event organisers, a new level of adaptability and communication to make the biggest sporting event come together.

And what an Olympics it has been!

It feels fitting that the Olympics added “Together” to their motto as all federations and countries needed to come together not just to meet the obligations from a sport business perspective, but for their athletes. And there’s been some fantastic stories and firsts coming from the games, moving the Olympics forward “together”.

No crowds = more room for the athletes to cheer “together”

With no crowds at the Olympics, this allowed athletes to watch on. You could only watch the sport you participated in to remain in an event bubble with your team, plus only if you still have an event to come. Once all your events the athletes participated in were over, they were required to return home.

“These athletes are all experiencing a different Olympics to what could have been, and seeing athletes coming “together” has been a positive of the games.”

Some of these moments have gone viral with Simone Biles after pulling out of her events cheering Team USA at the gymnastics, Tom Daley of Team GB caught knitting after his gold medal win watching the diving, and discus thrower Matt Denny cheering his roommate Starc Take in the high-jump.

These athletes are all experiencing a different Olympics to what could have been, and seeing athletes coming “together” has been a positive of the games.

Mixed “Together” across more sports

This games have also been historic with Five events making their Olympics debuts in six different sports with one similar pattern:

This isn’t a new thing for the Olympics having mixed events, racket sports such as:

– Equestrian Events, starting with Lana du Pont complete in the three-day eventing in Tokyo 1964 for USA

Mixed Events are becoming more popular to give additional opportunities for athletes to compete, plus to showcase both male and females in a united way. And following the success from this Olympics, it is here to stay!

Opportunities to compete “together” with the first trans athlete

This is another significant step in gender inclusion across the Olympics with Laurel Hubbard from New Zealand becoming the first trans athlete to compete at the Olympics in weightlifting.

“This has brought up the “DSD” debate (differences of sexual development) with some athletes unable to compete in certain events due to their biological make-up.”

This has brought up the “DSD” debate (differences of sexual development) with some athletes unable to compete in certain events due to their biological make-up. One example is Christine Mboma from Namibia won the silver medal in the 200 meters this week. It’s an event that she decided to compete in, along with her countrywoman Beatrice Masilingi (sixth place), because they were banned from racing the 400 meters due to their DSD conditions.

I’m sure this fierce debate about fair competition in relation to gender identification and DSD will continue with more sports having to look at inclusion, Hubbard’s involvement is a significant landmark in this debate.

Inclusion and diversity in society grows more each day, and the Olympics has made strides to follow suit, not just in new sports but new mixed races and looking at opportunities for trans athletes to compete. Now the question from me is, now this step has been taken, will these inclusions continue? Can the Olympics and other sporting events find ways to bring genders “together”?