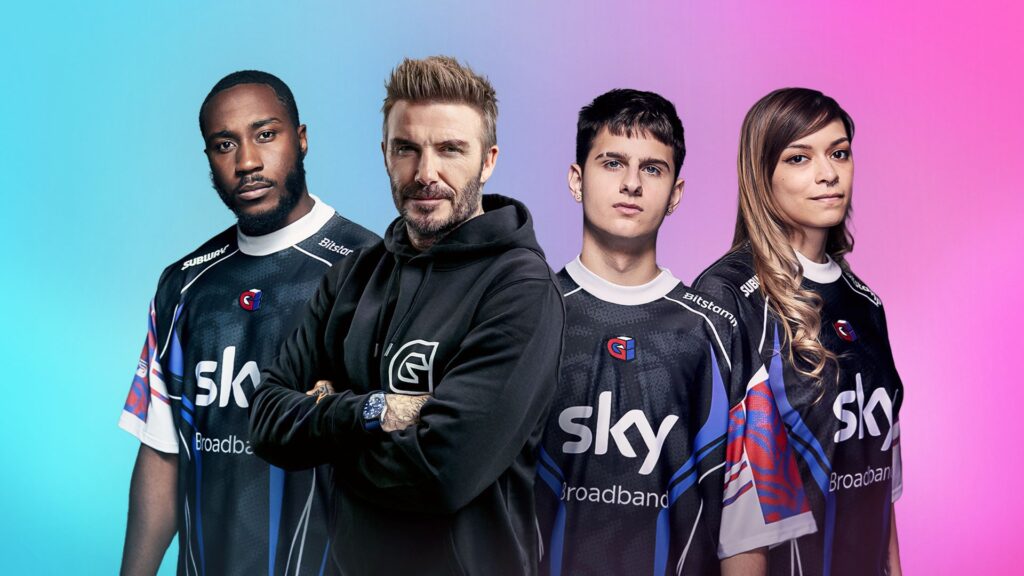 With over 17m passionate gamers playing over seven hours a week across the UK, the gaming revolution is set to continue, which is why Sky, with its fast and reliable full-fibre broadband, and Guild are coming together to help enhance the experience for gamers.

Together, Sky and Guild are committed to supporting and developing the gaming community, with initial focus in three core areas:

As part of the partnership, Sky will be Guild’s official HQ, Wi-Fi and Broadband and Mobile Network partner for the next three years and the Guild Esports performance centre in the heart of London’s Shoreditch will be named the Sky Guild Gaming Centre. To transform the gaming experience, Sky Full-Fibre Broadband will power the centre, with its reliable and game-changing speeds, giving Guild’s professional players a faster edge as they learn, train, and compete online.

Sky’s branding will feature in a striking outdoor mural on the building and be the headline partner on Guild’s team jersey for the 22/23 season. The new jersey will be worn for the first time by Guild X, Guild’s all female Valorant team, as they play in Riot’s Game Changer tournament this week.

And for gamers at home, Sky Broadband offers full fibre to millions of homes across the UK, with gigafast speeds of up to 900 Mb/s, so more people can benefit from an ultra-reliable in-home gaming experience.

Rory Moran, Director of Global Partnerships at Guild Esports, said: “We are incredibly proud to welcome Sky to Guild Esports, and be the first major partnership for Sky in esports. Sky is a media, entertainment and connectivity powerhouse that will help drive Guild to the highest levels of performance in competitive esports globally.

“This landmark partnership is built on a shared vision for success and a commitment to driving the esports sector forward, through initiatives powering women in gaming. Not only does this partnership represent Guild’s successes to date and plans for the future but it’s also a testament to the values that sit at our core.”

Stephen van Rooyen, EVP & CEO, UK and Europe at Sky, said:“Sky transformed the way families watch TV, now we want to transform the gaming experience. In esports every second counts, so Sky’s full fibre broadband will be perfect for Guild’s gaming HQ. Speed and reliability, hallmarks of Sky’s broadband service, will give the Guild team and gamers across the nation the edge over the competition.”

David Beckham, Investor in Guild Esports, said: “It’s great that Guild Esports has a fantastic new partner in Sky and I’m pleased to welcome them to the Guild family.”

Women in gaming
Building on the success of Guild’s all female Valorant team, Valorant X, signed in September 2021, the partnership will see Guild launch a new all-female Rocket League team. With the ambition to foster greater female participation in gaming, Sky and Guild are committed to creating an inclusive environment through thought leadership, education, promotion and by establishing suitable professional opportunities for women in esports.

Driving esports performance
Establishing the UK as a top-five nation in the global esports landscape, the Sky Guild Gaming Centre will support esports players from grassroots to professionals and act as a hub not only for top tier players, but for the wider gaming community – powered by Sky’s ultrafast, full fibre broadband to provide a seamless gaming experience with speed, reliability, and low latency.

Engaging audiences
Bringing Sky customers closer to Guild’s teams and players, Sky and Guild will work together to deliver exclusive esports competitions for Sky customers across all of Guild’s titles, alongside access to exclusive merchandise and bespoke digital collectables.

Sky Broadband Gigafast is perfect for gamers with full fibre speeds of 900 Mb/s and the ability to connect more than 100 devices at the same time. Offering a high performance, seamless and reliable connection, Gigafast gives you the freedom to simultaneously game, stream and work online, whether it be via live stream on Twitch, Discord or holding a gaming online party, and lets you download games and buffer large game updates all at the same time.

The agreement was identified and brokered by MediaCom PLAY, the Global gaming, metaverse & web3 experts.