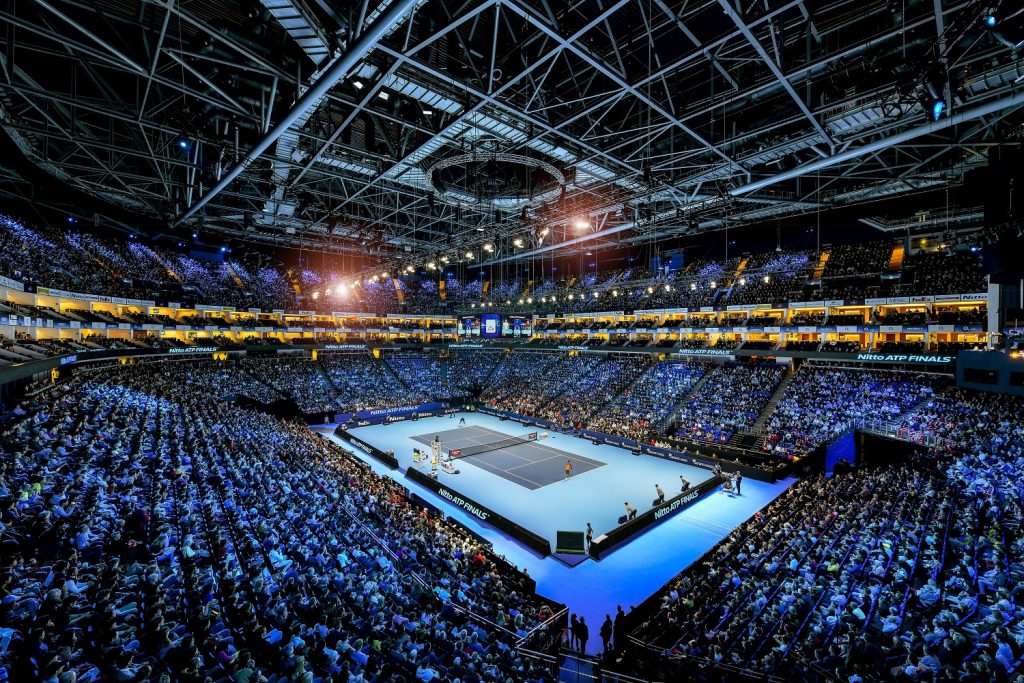 A deep sense of distress, shock and sadness has been felt across the entire tennis community following Russia’s invasion of Ukraine in the past week. Our thoughts are with the people of Ukraine, and we commend the many tennis players who have spoken out and taken action against this unacceptable act of aggression. We echo their calls for the violence to end and peace to return.

The international governing bodies of tennis stand united in our condemnation of Russia’s actions and, as a result, are in agreement with the following decisions and actions:

The WTA and ATP Boards have made the decision to suspend the WTA / ATP combined event, scheduled this October in Moscow.

The ITF Board has made the decision to suspend the Russian Tennis Federation and Belarus Tennis Federation membership and to withdraw their entries from all ITF international team competition until further notice. This action follows the cancellation of all ITF tournaments in Russia and Belarus indefinitely.

At this time, players from Russia and Belarus will continue to be allowed to compete in international tennis events on Tour and at the Grand Slams. However, they will not compete under the name or flag of Russia or Belarus until further notice.

World Triathlon stands in absolute solidarity with the Ukraine triathlon family and the entire country at this time of grave international crisis. Following the recommendation by the International Olympic Committee, World Triathlon Executive Board has unanimously decided not to allow the participation of Russian and Belarusian athletes or officials in all international competitions or official events, following the principles of the Olympic Charter. This decision will be reviewed by the Executive Board at its monthly meetings in accordance with how the situation evolves.

This extreme measure is taken to protect the integrity and safety of all athletes participating in the events and the integrity of the global sports competitions.

Regarding the recommendation of the IOC not to organise any sports events in Russia or Belarus, World Triathlon had previously suspended the Russian Triathlon Federation, due to the high number of doping cases, in December 2021 for one year, and no events were permitted to take place in the country in 2022. World Triathlon strongly condemns the actions against Ukraine taken by Russia, through which the Russian government also breaches the Olympic Truce.

World Triathlon will work with Ironman and Challenge in order for them to follow these recommendations as well.

World Triathlon has contacted all National Federations, especially those closest to Ukraine or bordering the country, as well as Europe Triathlon, to help coordinate our support to Ukrainian athletes, coaches, officials and staff.

World Triathlon has set up an email account (welcome@triathlon.org) where members of the Triathlon community in Ukraine who are leaving the country or willing to do so, can reach out to find families in other countries that are able to host them. The email address is also available for all prospective host persons anywhere in the world who can offer their support to those fleeing Ukraine. World Triathlon will keep all contacts confidential but will help to put the parties in touch with each other.

World Triathlon and Europe Triathlon are coordinating support for those in need in Ukraine, as well as Ukrainian athletes and entourage who are abroad and either looking for support while unable to return to their country, or to relocate near the border awaiting further development of the situation. World Triathlon has already received more than 60 offers of assistance from all over the world from individuals, clubs and Federations offering help, and we are already in touch with some Ukrainian athletes and entourage that have requested this support.

World Triathlon has contacted the IOC task force monitoring the situation to offer our help to coordinate humanitarian assistance to members of the Olympic Community in Ukraine – and more specifically the Ukrainian triathlon family – where possible. We will continue to closely monitor the situation in Ukraine and how it affects our community and events in the region. Athletes, officials, coaches, staff and the TriathlonLive support personal based in Ukraine… you all have all our support and we stand with you in these terrible times. Stay safe and take care.

In his opening remarks to the meeting, the FIA President said: “As you know, the FIA is watching the developments in Ukraine with sadness and shock and I hope for a swift and peaceful resolution to the present situation. We condemn the Russian invasion of Ukraine and our thoughts are with all those suffering as a result of the events in Ukraine. I would like to stress that the FIA, together with our promoters, proactively acted on this matter last week and communicated accordingly on the Formula 1, Formula 2, WTCR and the Intercontinental Drifting Cup. An updated version of the different FIA International Calendars will be presented to the WMSC meeting in Bahrain for approval.”

In accordance with the International Olympic Committee recommendations, Council members approved the following decisions to be implemented with immediate effect:

Competitions organized on the territory of Russia and Belarus

The FIA President added: “I want to thank the Council members for their prompt action in deciding these measures in the interests of sport and peace. We stand in solidarity with Leonid Kostyuchenko, the President of the Federation Automobile d’Ukraine (FAU) and the wider FIA family in the country. The measures taken today recognise the authority of the FAU in Ukraine and are also aligned with the recommendations recently made by the International Olympic Committee. We are in active discussions with our members as we continue to extend our compassion and support in their time of need. We sincerely hope for a peaceful resolution to their intolerable hardship.”

The IRONMAN Group stands in solidarity with the people of Ukraine, our athletes and their community, and condemns the actions dictated by Russian leadership during this deeply troubling international crisis.

The 2022 IRONMAN 70.3 St. Petersburg triathlon scheduled to take place on July 17 will be cancelled and registered athletes will receive further email communication.

Furthermore, all Russian and Belarusian professional athletes will be ineligible to race at any 2022 IRONMAN and IRONMAN 70.3 triathlon events, including this weekend’s IRONMAN 70.3 Dubai triathlon.  No age group participants will be allowed to compete under the Russian or Belarusian flag at any IRONMAN or IRONMAN 70.3 events in 2022.

While we recognize the difficult situation created for Russian and Belarusian athletes by these steps, we believe these are necessary to protect the integrity of our events.

Additionally, we understand that the current situation will be extremely challenging and worrying for athletes residing in Ukraine to compete in any 2022 IRONMAN or IRONMAN 70.3 events and are offering our assistance for those athletes. Ukrainian athletes registered for an IRONMAN or IRONMAN 70.3 triathlon will receive further communication with options available to them.  Those with additional questions may be directed to our athlete services team who are on hand to assist on eu.athleteservices@ironman.com.