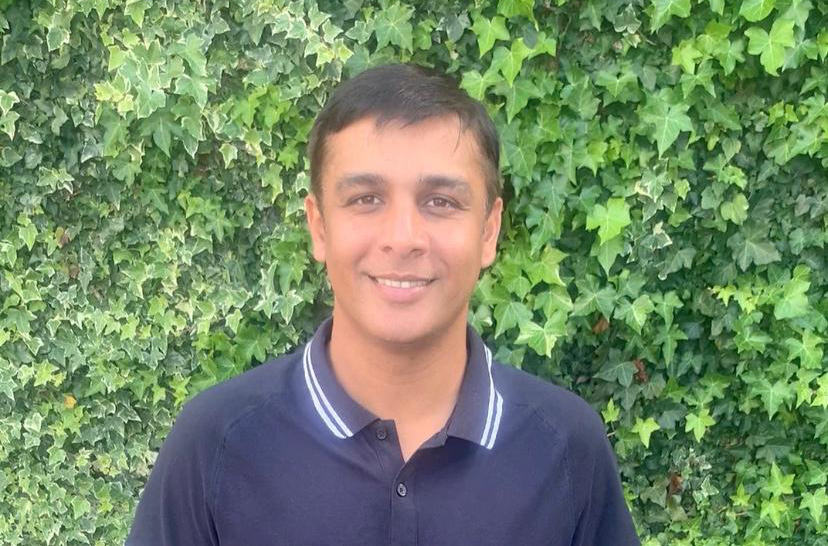 When the coronavirus pandemic caused the postponement of the 2020 Indian Premier League last spring, by far the world’s largest franchise cricket competition, it could have been seen as a major problem for the competition due to the uncertainty of the sports sponsorship market at that time.

However, by the time the competition was eventually played behind closed doors in the UAE after some nifty rescheduling by the BCCI, IMG Reliance had closed their most successful round of partnership deals for any IPL so far, with 36.

iSportConnect’s Ben Page spoke to Nikhil Bardia, Head of Sponsorship at IMG Reliance, to hear just how they managed to cope so successfully, including working with Dream11 and the BCCI for the fantasy sports brand to take over the title sponsorship for the 2020 edition.

Talk to us about how yourself and the team at IMG Reliance were able to facilitate 36 deals for the 2020 IPL, seeing such success in what’s been a tough year for many?

As soon as the IPL was announced, there was a lot of excitement and anticipation around it. It marked the beginning of the new normal in the market, but the sports sponsorship and investments section witnessed a sense of apprehension amongst brands and stakeholders. However, our outlook remained positive and forward looking. We saw it as an opportunity rather than a roadblock and continued our outreach strategically with the same aggression as we would have otherwise.

We have always strived towards creating maximum value for our partners on each penny spent. In spite of the challenges, we could not compromise on this ideology. We carried out in-depth research on viewership, propositions and projected figures to showcase the returns to each of our partners. We’re fortunate and humbled to have partners who are strategic, as against just transactional.

“We saw it as an opportunity rather than a roadblock and continued our outreach strategically with the same aggression as we would have otherwise.”

There was a lot of time spent working with rights holders to understand scenarios and with brands on potential solutions and alternatives, to create a more impactful partnership. The key for us was that we were able to find a balance for all parties, which led them to trust and be more excited about the partnership. We firmly believe that it is our commitment towards creating a mutually beneficial experience which helped us sail through during the challenging times.

A major deal you were involved in was Dream11’s IPL title sponsorship, how were you able to hastily make that happen once the announcement was made that Vivo would not be partnering the 2020 edition?

We have been working with Dream11 on their IPL partnerships with the BCCI and franchises. We understand that cricket is at the core of their business proposition. Hence, as soon as it was formally announced that IPL will have a new title sponsor for this year, we identified this as a huge opportunity for Dream11, which aligned perfectly with their business expectations.

We evaluated the opportunity from all possible lenses that drew up potential activations and avenues which could help the brand leverage the partnership. Having a team that has worked in cricket & IPL for a long time served as a catalyst for us to derive value for Dream11. Our robust plan also gave BCCI the confidence in our ability to deliver a partnership of this stature in a streamlined manner within the limited timelines.

We were aware that it was imperative for us to understand the expectations of both parties. There were continued efforts to recommend and facilitate potential solutions maintaining a seamless exchange of communication amongst all parties. We were fortunate and excited to have both parties back our judgement having with the larger picture in sight keeping an eye for finer details.

How did you adapt to the challenges placed in front of you in 2020?

At the outset, there were challenges like postponement/cancellation of games with no clarity on resumption. Even post the announcement of the league with matches being played behind closed doors, sponsors could not look at in-stadia activations to interact with fans. Hence, we looked at innovative ways of fan engagement. The focus was to find smart alternatives for optimum impact, also ensuring that while we worked towards creating value for them, we also aligned all parties that these alternatives were the best suited options for this season.

We recommended various fan-led initiatives like virtual appearances, signed memorabilia, content, using their existing branding assets as a more interesting and intriguing tool to disseminate the brand narrative. We ensured that the brands were aligned with our focus on television and digital viewership, thereby highlighting the extensive use of these platforms for fan engagement, as against the regular physical experiences.

“We identified sectors like EduTech, fantasy sports, insurance, e-payments and healthcare and directed our focus towards working with brands in these categories.”

There were some categories that are generally big spenders in sponsorships like hospitality, travel, seasonal consumer products, took a back seat. However, our market expertise and intelligence assisted us to utilise the digital growth across India as an opportunity. We identified sectors like EduTech, fantasy sports, insurance, e-payments and healthcare and directed our focus towards working with brands in these categories.

Do you think this success you’ve had with brands also illustrates the strength of the IPL as a product even with the tournament being hosted without fans in the UAE?

Needless to say, the Indian Premier League is one of the most awaited and celebrated sports events on the calendar. Hence, this season of the IPL brought about a sense of respite and excitement amongst fans, franchises and brands. The viewership numbers of this year’s IPL were at an all-time high and this global event continues to grow with every year. This edition being staged ensured IPL’s continuity, which is key as this event brings in audience across societies and age groups. The success of the league from the day of its announcement to the final, is testament to the commitment of all the stakeholders involved in the IPL.

The timing of the season served as a very productive opportunity for sponsors with it being played around the festive season leading up to Diwali. This period is a high intensity window for brands to reach out to their target customers and communicate their propositions and messaging, directly aimed at driving sales. Being one of the most followed and viewed sports property in India and globally, IPL turned out to be a lucrative proposition for brands to partner, even more owing to the limited platforms for sponsors this year. Most importantly, like every year, the quality of content (cricket played) surpassed past seasons’ benchmark, which further led to the consistent upward growth trajectory of brand IPL and the excitement surrounding it.

Have you observed any changes to the commercial side of sport since Covid hit last spring?

I believe that 2020 will serve as a milestone and game-changer in the sports events and sponsorship ecosystem in the coming years. Owing to the challenges caused due to the pandemic, the sponsorship market came across newer avenues for value creation. In India, the commercial space in the sponsorship spectrum is dominated by Broadcasting Rights where cricket accounts for approximately 85% of these investments. The high stakes in conjunction with the challenges at hand hence provided an opportunity to all stakeholders (federations, leagues, teams) to re-assess the commercial side of sports and create new propositions and experiences.

The most important aspect of sports sponsorships and commercialisation has always been maximising fan engagement. The limitations laid down by the pandemic encouraged all stakeholders involved to engineer innovative ways of monetisation and offering more value to sponsors to compensate the gap caused by the absence of fans being at the stadiums.

“The most important aspect of sports sponsorships and commercialisation has always been maximising fan engagement.”

Digital fan engagement was the highlight of the season with widespread usage of virtual interactions, live shows on social media platforms, fan walls, remote productions. We saw Mumbai Indians create a virtual studio to engage with fans during their match days along with using Whatsapp bots for the first time in the Indian Premier League. This edition has opened doors and catalysed enhanced utilisation of digital platforms for activations and commercialisation, reaching to a larger audience, with a better RoI.

This season also initiated content monetisation, a satchel approach for the future, to enable pay per view or pay per event, which is still a nascent concept in the Indian sports industry. Going forward, as we move towards normalcy, we can expect stadiums to be increasingly tech and digital enabled for future events, opening up further avenues for brands and partners.

Furthermore, we will also witness athletes emerge as increasingly utilised and credited voices for brands to connect with their customers.