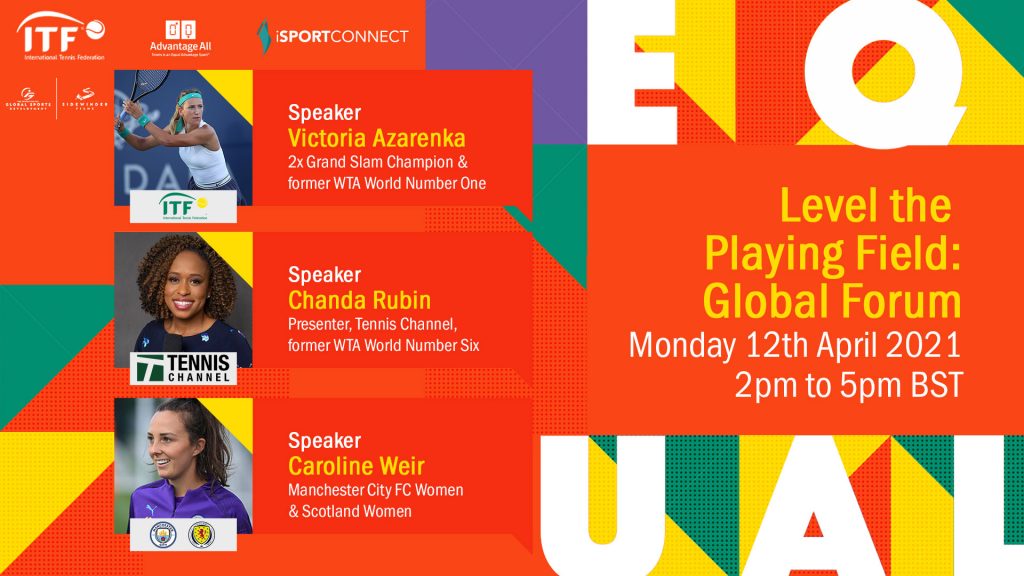 Victoria has been right at the top of women’s tennis for over a decade, first ascending the WTA’s world number one ranking in January 2012, shortly after winning her first Australian Open title, which she retained in 2013. Most recently she reached the US Open final for the first time in 2020.

Caroline has represented a number of the biggest clubs in women’s football already in her career, with spells at Arsenal Ladies, Bristol City WFC, Liverpool and currently Manchester City Women. She is a three-time Women’s FA Cup winner, also winning Player of the Match in the 2019 final. At international level she has made 68 appearances for her native Scotland since her debut in 2013.

Chanda is currently one of the main broadcasters and presenters for the Tennis Channel, which broadcast to millions across the United States on a daily basis, with over 60 million households as subscribers in 2019. She is also a former professional player herself, winning seven WTA singles titles in her career, as well as the Australian Open Women’s Doubles title in 1996.

This joint event, hosting by the International Tennis Federation and iSPORTCONNECT, will bring together influential and inspirational individuals from sport and business to debate and advance gender equality through proactive, solution focused discussion.

It also forms part of the ITF’s Advantage All gender equality strategy, created in order to further tennis as an equal advantage sport where everyone is provided the same advantage and opportunity, both on and off the court.

If you would like to register your interest for this exclusive event, please email bethany@isportconnect.com.