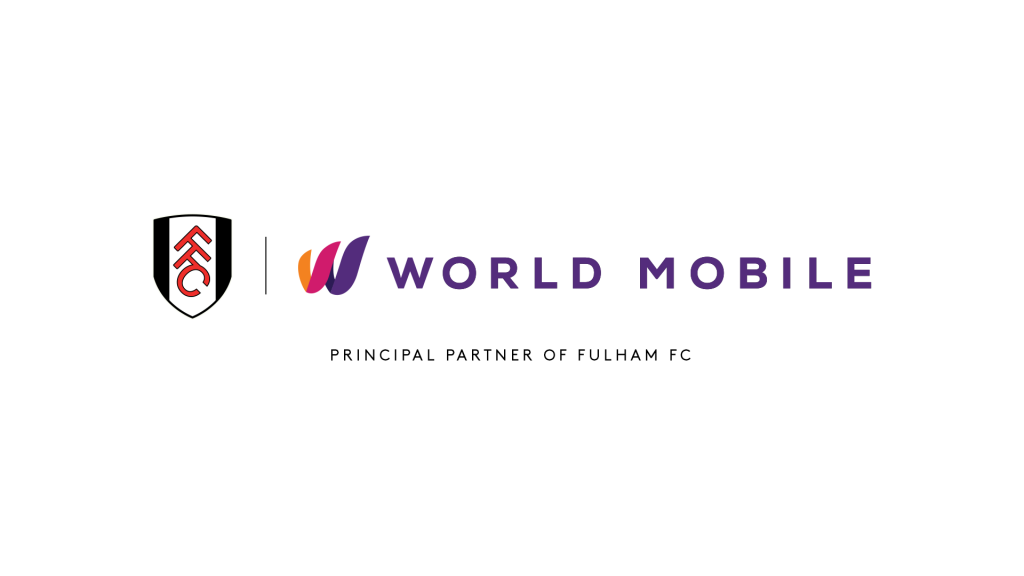 The partnership will see the World Mobile logo feature on the front of shirts of the Men’s, Women’s and Academy U23 & U18 teams.

World Mobile aims to bridge the digital divide by 2030 and will connect the continents with the highest demand for WIFI, starting in Africa. So far, World Mobile has sponsored connectivity initiatives within several educational institutions and a smart village in Zanzibar, which previously had no Internet access. Now, they are rolling out across Zanzibar, followed by Tanzania and Kenya.

Once the initial groundwork is laid down, the company will sell affordable network nodes to local business owners to own and run the network on their own. Once a user signs up for World Mobile WIFI services, they’ll gain a decentralised digital ID, powered by Cardano’s Atala Prism, which can be used to access digital banking and economic freedom.

During the three-year agreement, World Mobile and Fulham FC will collaborate and create powerful content that helps with World Mobile’s mission to connect the unconnected by sharing ownership of the network with its users.

“We are so excited to begin this partnership with Fulham FC,” says Micky Watkins, CEO of World Mobile. “It’s crucial to us that we share the same values as our partners, and we’re confident that based on Fulham FC’s history, we have a shared viewpoint. This partnership will help spread the word on our mission to connect Africa and beyond, giving everyone an opportunity to get involved.”

CEO of Fulham FC, Alistair Mackintosh, added: “Fulham FC prides itself on its community-driven spirit, as seen with the incredible work that continues to be carried out by our Fulham FC Foundation. We support World Mobile’s vision to improve connectivity in lesser developed areas. Keeping the world connected is the future, and we look forward to working with World Mobile during the three-year term of our partnership and assisting them, by using our club platforms, to publicise and amplify their fantastic work.”