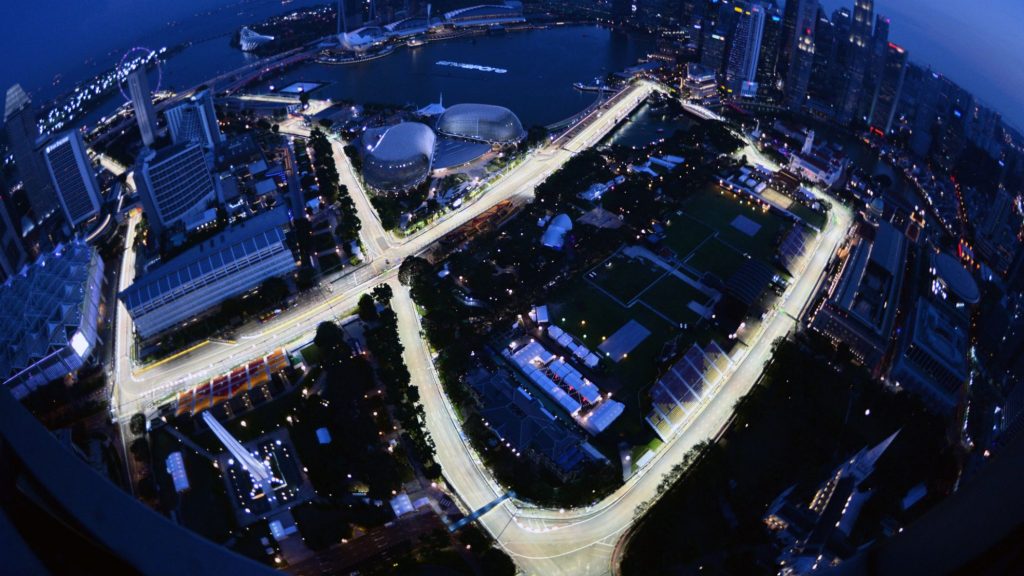 The Singapore Grand Prix will continue to be held at the glittering Marina Bay Street Circuit for another seven years, following an extension of the race’s contract.

F1 will therefore continue to visit the city of Singapore from 2022 to 2028 inclusive, after a multi-year extension was agreed between Singapore GP Pte Ltd (SGP), the Singapore Tourism Board (STB), and Formula 1.

Although it’s been two years since the Singapore Grand Prix, first held in 2008, has taken place – due to the global pandemic – the event will return in 2022 as part of this 23-race season.

Sustainability will feature prominently in future races, meanwhile, with the STB and SGP working together to reduce the carbon footprint of the Singapore race as part of a transition to more sustainable business models and to be in line with the sustainability goals of Formula 1 – with initiatives including increasing recycling efforts and using sustainable materials to reduce the carbon emissions of the event.

“I am delighted that Formula 1 will continue to race in Singapore for another seven years,” said Formula 1 President and CEO Stefano Domenicali.

“The Marina Bay Street Circuit hosted the first night race in F1 history in 2008, and Singapore has continued to thrill fans, teams, and drivers ever since. Singapore holds a special place on the F1 calendar, and this extension is part of our long-term commitment to continue to grow the sport in Asia.

“The plans that are in place to reduce the carbon footprint of the event are impressive and align with our plans to be Net Zero Carbon as a sport by 2030 and I look forward to continuing our successful relationship with Singapore GP and the Singapore Tourism Board as Formula 1 returns to this incredible city.”

Singapore GP’s Chairman Mr Ong Beng Seng added: “We are very pleased that the night race will continue for seven more years. After more than a decade of celebrating this spectacular event on the racing calendar, we are looking forward to building on its success and working with Formula 1 as well as its partners to take the night race to greater heights. We are delighted that this marquee event will demonstrate how Singapore is open for business.

“We look forward to welcoming both local and overseas fans and visitors to the Marina Bay Street Circuit once again.”

The W Series will race at eight Formula 1 weekends during its 2022 season, as the championship continues to promote some of the best female talent in motorsport.

In what will be its third year of racing, the W Series’ 2022 season will begin at the Miami International Autodrome, as the all-new venue hosts its inaugural F1 race weekend on May 6-8 – with the series returning to the United States later in the year to run at Austin’s Circuit of The Americas.

The championship – won for the previous two seasons by Williams Driver Academy member Jamie Chadwick – will also make its debut in Asia, with the racers taking on the legendary Suzuka circuit in Japan.

“We are proud to announce that W Series will continue to join us at eight Formula 1 races in 2022,” said Ross Brawn, F1’s Managing Director – Motorsports. “It has been incredible to witness the championship progress as we continue to champion diversity across motor sport, and it is exciting to see the series will visit five new venues next year, including its debut in Asia.

“We believe that it is extremely important to give everyone the opportunity to reach the highest levels of our sport,” added Brawn, “and our partnership with W Series continues to demonstrate our resolve in building greater diversity across Formula 1.”

Speaking of the calendar announcement, the championship’s CEO Catherine Bond Muir said: “W Series’ expansion continues with the announcement of our 2022 race calendar which will see us visit more circuits and countries in a single season than ever before.

“Last year, we began a landmark partnership with Formula 1 and our talented grid of female racing drivers proved that they belong on motor racing’s greatest stage.

“I would like to thank Formula 1 for their continued support and commitment to creating more opportunities for girls and women in the highest categories of our sport.”