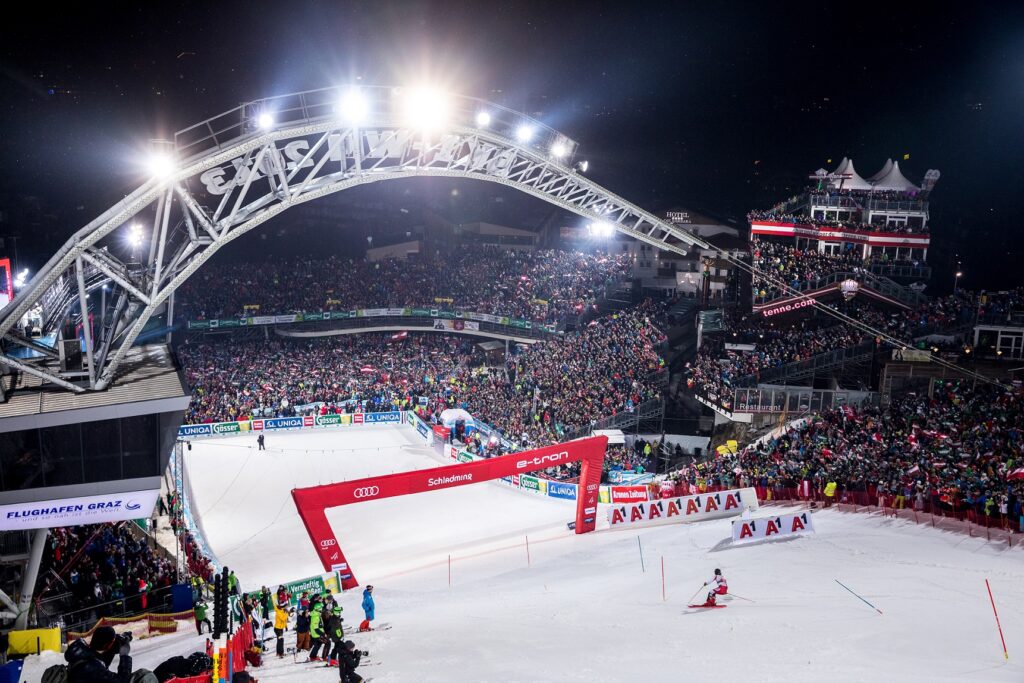 FIS is pleased to announce that Swatch has been named the Official Partner of the FIS Park & Pipe World Cup. The agreement lasts for four years and will run through the 2025-2026 season.

Park & Pipe is the youngest of the FIS disciplines and includes both Freeski and Snowboard. The events that fall under the Park & Pipe umbrella include Big Air, Halfpipe and Slopestyle.

Since its founding in 1983, Swatch has shaken up the watch industry. Thanks to its striking designs which always reflect the zeitgeist, Swatch remains one of the leading watch manufacturers and the most sought-after brands in the world – and has always stayed true to itself. The company surprises again and again, whether it be with regularly released new models or special collections. The revolutionary way in which Swatch thinks and acts has always been evident with its early involvement in action sports, such as BMX, longboarding and surfing.

“I can think of no better brand that fits the values of our Park & Pipe disciplines better than Swatch,” said FIS Secretary General Michel Vion. “It is a young watch brand that took the world by storm thanks to always being unique and true to itself, much like the athletes that compete on our tours.”

“Action sports is our playground and we are proud to be the Official Partner of the FIS Park & Pipe World Cup tours,” said Alain Villard, Swatch CEO. “It’s a great fit for us to support the FIS Freeski and Snowboard disciplines, where extremeness meets creativity for spectacular events on the winter sports calendar.”

Swatch also has a stable of professional athletes as part of their Proteam that span across skiing, snowboard, mountain biking and freeriding, to name a few. Familiar faces to the FIS family include Snowboard Big Air World Champion and Olympian athlete Laurie Blouin and Snowboarder and Olympian athlete, two-time Halfpipe World Championship bronze medallist and professional musician Pat Burgener.