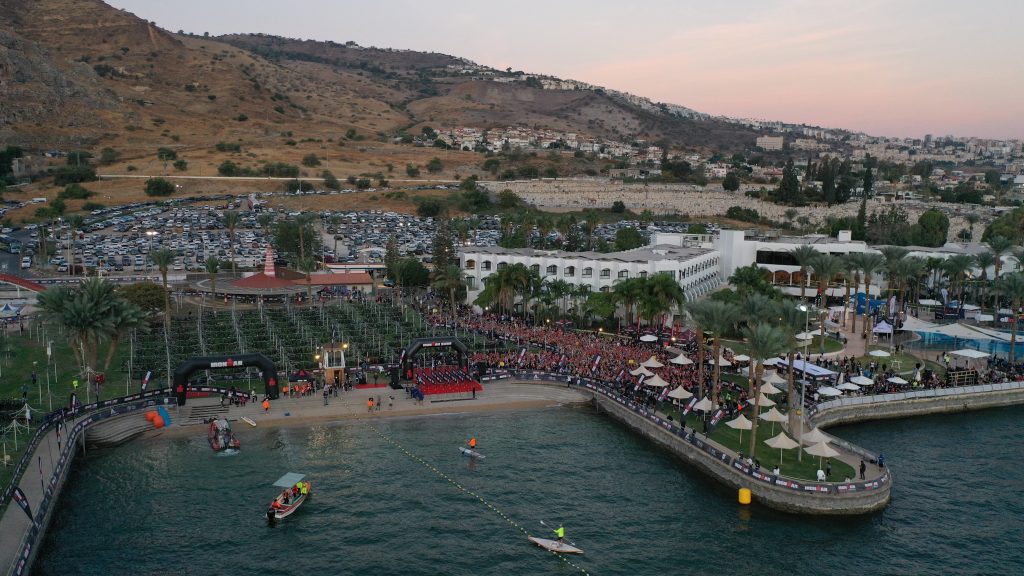 The IRONMAN Group announced today that it will add to its 2022 IRONMAN global race calendar with the IRONMAN Israel Middle East Championship triathlon in Tiberias, Israel. This will be the first full distance IRONMAN event to take place in the Middle East and will be held on November 25, 2022.

With 75 qualifying slots available for the 2023 IRONMAN World Championship in Kailua-Kona, Hawai’i, the race is set to attract age group competitors, as well as elite level pros battling it out to be crowned the first ever Middle East IRONMAN Champion.

The course is fast and flat, also making it perfect for first timers or those who are going for a personal best.

Honorary President of the Middle East Championship, Sylvan Adams noted, “After the success of the IRONMAN 70.3 event last year, I am pleased to announce that the follow-up will see Israel host the full distance IRONMAN Middle East Championship in Tiberias, overlooking the spectacular and historically significant Sea of Galilee.  As it is a regional championship, IRONMAN Israel will attract the finest athletes from all across our region and beyond. We are looking forward to welcoming thousands of athletes from neighboring countries to the beautiful Galilee for what will surely be an historic event.”

Starting and finishing in Tiberias, the race offers athletes a unique bucket list experience, steeped in historic and religious significance, and set against the breathtaking landscape of northern Israel.

Athletes will enjoy a warm 3.8km swim course in the Sea of Galilee with the sun rising from the east, over the Golan Heights, making it a picture-perfect setting for an unforgettable swim.

The 180km bike course, consisting of two laps, will lead athletes through the magnificent Sea of Galilee landscape, south of the city of Tiberias to Tzemach junction. From there they continue to the east and north side of the Sea of Galilee to Kfar Nahum.

Finally, athletes will run in the footsteps of ancient historical figures as they take on a fast and flat 42.2km run course, comprised of four laps. They will run along the western shore of the Sea of Galilee, from Tiberias to Migdal and eventually back towards the red carpet and onto the finish line. With multiple opportunities to spot your athlete, this course is a spectator’s dream, adding to the electric atmosphere of the race.

IRONMAN Israel Middle East Championship will take place on the same day as IRONMAN 70.3 Tiberias, which was held for the first-time last year.