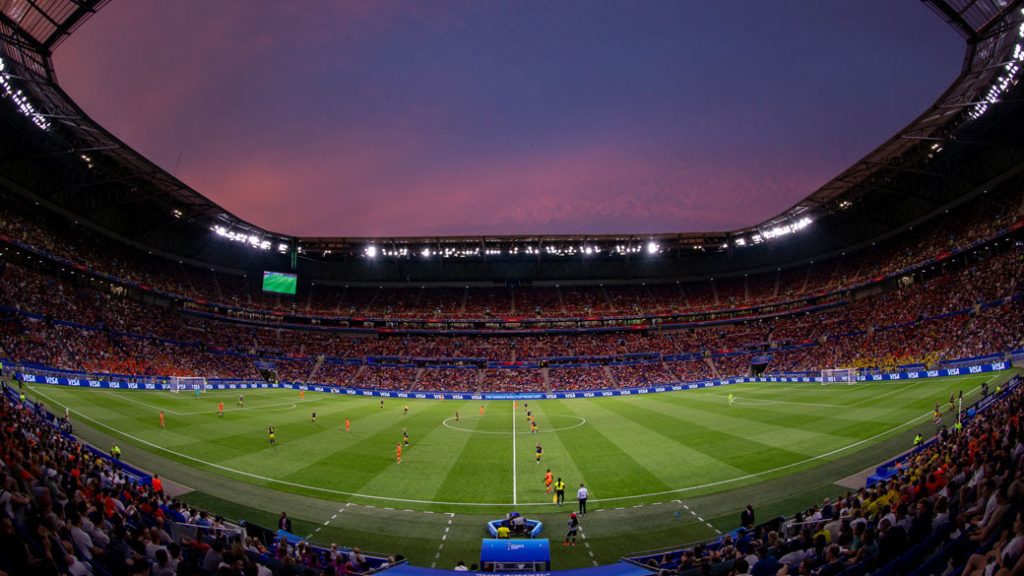 FIFA has been collaborating with Visa since 2007 and announced Visa as the first Global FIFA Women’s Football Partner to come on board under the newly launched commercial partnership structure, which comes into effect in 2023.

The new opportunities afforded under the revamped structure highlight the commitment of both parties to making football truly global and supporting the growth and development of the women’s game.

Visa will also incorporate its highly successful Team Visa programme, activate the Player of the Match award and create unforgettable experiences for fans in 2023 – all with a view to elevating and building on the unparalleled momentum around the women’s game.

“As a long-standing FIFA Partner and a proud supporter of women’s football, it was a natural choice for Visa to become the first-ever Women’s Football Partner at FIFA,” said Sarai Bareman, FIFA’s Chief Women’s Football Officer.

“Visa is well known for supporting athletes and seeing the positive benefits that can come through sport. They are advocates for equality, diversity and inclusion, core values that are shared by FIFA and the FIFA Women’s World Cup, as we grow and celebrate the women’s game.”

“Through our continued partnership with FIFA, we believe we can shine a brighter light on equality, diversity and inclusion for women footballers, both on and off the pitch,” said Andrea Fairchild, Senior Vice-President, Global Sponsorship Strategy at Visa.

“Our commitment to women’s football is not short-term – we see these women as game changers in the biggest sense of the word and love to see the new heights women’s football continues to reach. We are thrilled to continue this trajectory as we look toward Australia and New Zealand in 2023.”

Visa’s support also extends off the pitch with programmes that are designed to help athletes in their careers and beyond, including Team Visa, which has championed more than 500 athletes, including 22 female footballers, since its inception in 2000.

The expanded FIFA Women’s World Cup™ will take place in nine cities across Australia and New Zealand in 2023, marking the first time that the tournament will head to the southern hemisphere and that 32 teams will take to the pitch. For more information on the event, visit FIFA.com.