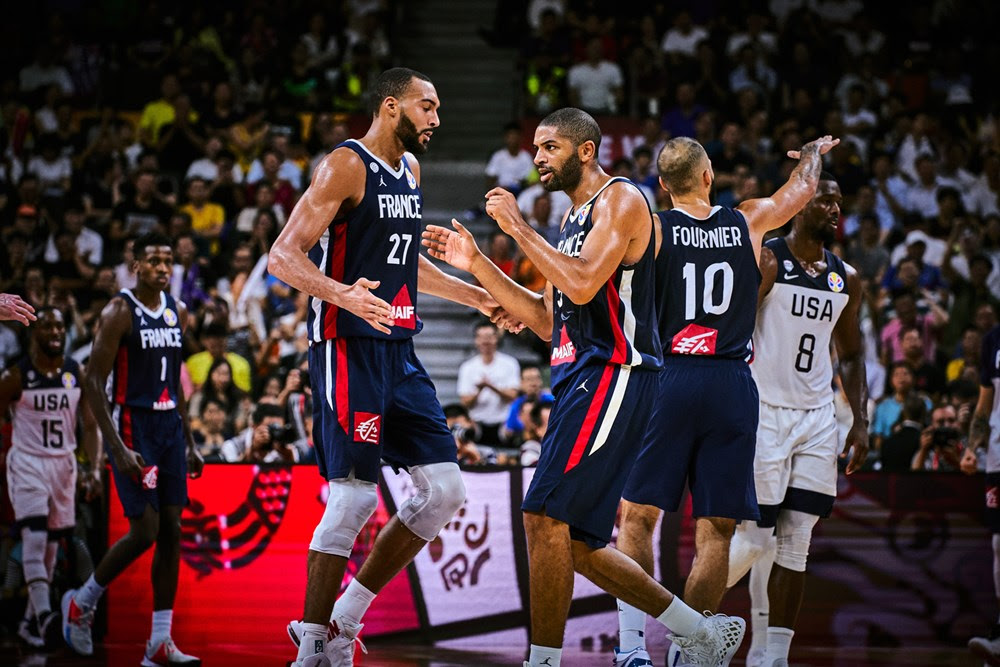 A new agreement has been reached that includes the rights to show not only the World Cup, which will be played in the Philippines, Japan and Indonesia from August 25 to September 10 in 2023, but also the Qualifiers for the event, beginning this week when France host Montenegro this Friday, November 26 and visit Hungary on Monday, November 29.

The deal also gives France Télévisions the rights to the FIBA Women’s Basketball World Cup 2022, which will be staged in Sydney, Australia, from September 22 to October 1, as well as its Qualifiers tournaments from February 10 to 13, 2022, with France playing in Belgrade against China, Nigeria and Mali. Additionally, France Télévisions will show the FIBA Women’s EuroBasket 2023.

Games are to be shared between three free-to-air channels: France 2, France 3 and France 4. France 2 and France 3 are two of the top three channels in the country by audience share.

France’s men are among the elite teams in international basketball after finishing third at the last two FIBA Basketball World Cups, including the 2019 event in China. This past summer, France claimed the Olympic silver medal after playing the United States in a thrilling Final in Tokyo.

The French women’s team has also been flying high with its latest success, the Olympic bronze medal in Japan. Before that, Les Bleues reached the FIBA Women’s EuroBasket Final for the fifth consecutive time in Valencia, Spain.

Furthermore, France Télévisions is the free-to-air home of the Paris 2024 Olympic Games in France, with the broadcaster investing significantly in supporting French national teams.

France Télévisions will manage the production of the six home games which France is due to play as part of the FIBA Basketball World Cup 2023 Qualifiers.

Frank Leenders, Director General of FIBA Media and Marketing Services, said: “We are thrilled to announce this partnership and achieve such outstanding visibility of our events for all French basketball fans in the coming years. We thank the France Télévisions Group for their commitment to national team basketball, which reflects in the strong track record and popularity of the French national teams on the international stage.”

“Following the Tokyo Olympic Games where our French national basketball teams performed exceptionally well, this is a new step leading up to the next Games in Paris, to promote basketball in France and to excite all fans of the sport.”