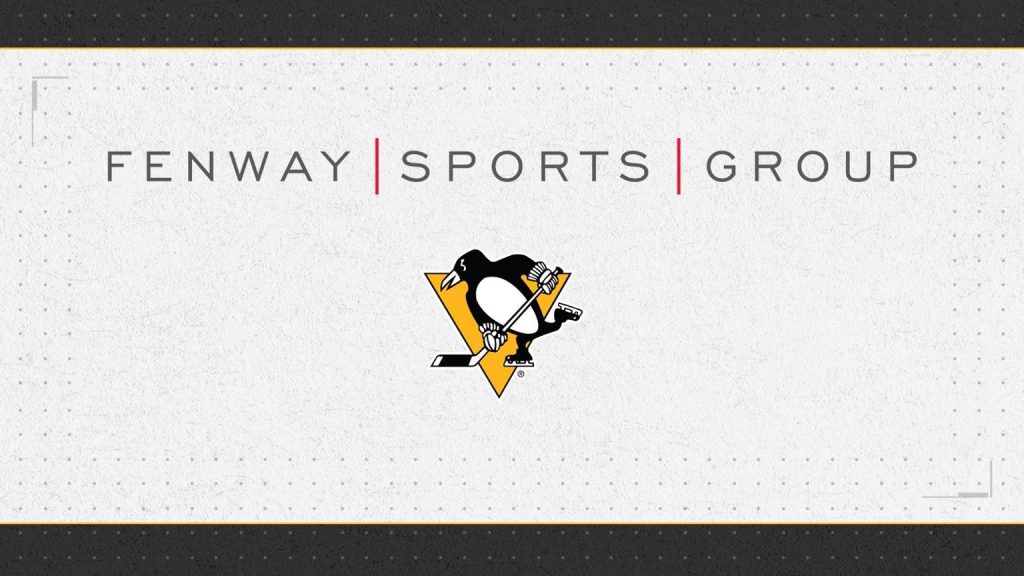 The Pittsburgh Penguins and Fenway Sports Group (FSG), a global sports, marketing, media, entertainment, and real estate company, today announced that FSG has entered into an agreement to acquire controlling interest in the Pittsburgh Penguins hockey team. The deal, which is subject to approval by the National Hockey League (NHL) Board of Governors, is expected to close before the end of the year.

As part of the transaction, Mario Lemieux and Ron Burkle will remain part of the ownership group and will be closely aligned with FSG. Lemieux, a member of the Hockey Hall of Fame, will continue his role guiding hockey operations for the organization. In addition, continuity of leadership will be maintained among the club’s senior management team of CEO David Morehouse, COO Kevin Acklin, President of Hockey Operations Brian Burke, General Manager Ron Hextall, and Head Coach Mike Sullivan.

“We want Penguins fans to know that we would only enter a partnership of this magnitude with leaders who share our values. Over the years, we have been approached multiple times by various groups interested in purchasing the team but never found the right fit. In FSG, however, we met an experienced group of leaders with a passion to win championships and a vision that aligns with ours. Just as importantly, they have at their core a stewardship philosophy rooted in local community impact and investment. It is a winning combination.

“As this new chapter begins, I am happy to tell you that Ron and I will both remain part of the ownership group. For the past 22 years, we have shared a special bond that allowed us to work so well together, keep the team in Pittsburgh, build a new arena and bring home three Stanley Cups.

“This is a new beginning, not the end of an era. I will continue to be active and involved with the team long-term, helping to oversee and guide the operation just as I always have. In addition to continuing my role, there will be a continuity of leadership with the club’s senior management under CEO David Morehouse, COO Kevin Acklin, President of Hockey Operations Brian Burke, and General Manager Ron Hextall, who will all remain in their positions.

“I have been fortunate to be part of the Penguins organization for more than half my life and have had the unique privilege of your incredible fan support as a player and owner. Thank you for being on this journey with me and our entire organization. Together with our new partners, we will work tirelessly to continue to make you proud and bring another Stanley Cup back to Pittsburgh.”

FSG Chairman Tom Werner said, “The Pittsburgh Penguins are a premier National Hockey League franchise with a very strong organization, a terrific history and a vibrant, passionate fan base. We will work diligently to continue building on the remarkable Penguins’ tradition of championships and exciting play.

“We are particularly excited to welcome Mario Lemieux and Ron Burkle to FSG and have the utmost respect for all they have done to build the Penguins into the perennially successful franchise we know today. We look forward to working with Mario, Ron and the entire Penguins front office team.”

Lemieux and Burkle, who purchased the team in 1999, enjoyed a 22-year partnership that delivered three Stanley Cups and the construction of PPG Paints Arena, a multi-purpose venue which opened in August 2010 and is considered one of the top facilities in North America. Under their leadership, the Penguins have consistently led the NHL in local TV ratings, social media, sponsorships, and community and youth hockey investments, while selling out more than 600 straight games.

“As the Penguins enter a new chapter, I will continue to be as active and engaged with the team as I always have been and look forward to continuing to build on our success with our incoming partners at FSG,” Lemieux said. “They have an organizational philosophy that mirrors the approach that worked so well for Ron and me over the past 22 years.”

“Mario and I came in together, and we are excited to become a part of the new ownership group,” Burkle said. “The Pittsburgh Penguins will be in good hands with FSG, and Mario and I are here to support them, committed as much as we’ve always been to the success of the franchise.”

“Fenway Sports Group brings everything we could ask for in an ownership partner to help continue the historic success of the Pittsburgh Penguins,” said Morehouse. “They understand what the Penguins mean to Pittsburgh, and they bring to us the latest in cutting-edge sports research, data analytics, player training and performance, real estate development, and organizational excellence. This combination is a truly exciting partnership that positions our club at the forefront of the future of professional sports and allows us to build upon what Ron and Mario created.”