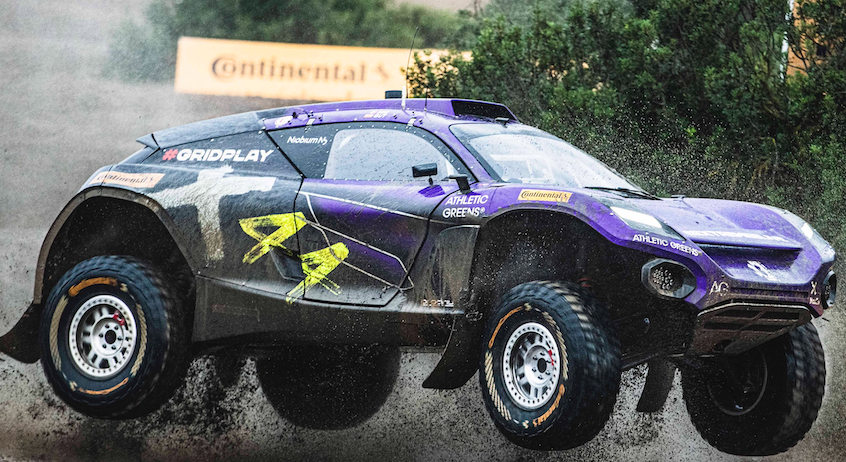 After the first X Prix of Extreme E Season 2, the Championship now moves from the deserts of NEOM to the historic Capo Teulada area of Sardinia, with just one month to go until the on track action gets underway on the Italian island.

Extreme E returns to Sardinian soil for the Island X Prix, again co-organised by the Automobile Club Italia and, for the first time, there will be a double-header event, with two rounds in one week (6-7 and 9-10 July 2022). The series was created to raise awareness about the effects of climate change and sustainable solutions in the most remote corners of the planet, but Sardinia has shown that the problem does not only concern places located at the most extreme latitudes.

“After an extended break, it is exciting to return to racing once again especially with our first ever double-header event. On track action at our first X Prix of Season 2 in NEOM was spectacular and we hope our two rounds in Sardinia will prove to be just as captivating as the drivers face a totally different kind of challenge.

“We are delighted to be returning to Sardinia, which held our maiden European event last year. It was a dramatic Island X Prix which only added to Sardinia’s rich rallying history and pedigree, while off course the region will highlight some of the issues facing Europe and the wider world. We will be revisiting our legacy programmes focused on restoration of some of the areas hit by wildfires as well as showcasing electric vehicles and clean energy solutions.

“I would like to take this opportunity to thank the Automobile Club d’Italia, the Region of Sardinia, the Ministry of Defence and the Italian Army which has been supporting us every step of the way.”

The event will be returning to the Season 1 location of the Army Training area at Capo Teulada in Sulcis-Iglesiente, an historic area situated in the south-west of the island.

The Teulada route is ideal, providing a challenging backdrop for the course which will measure around seven kilometres. Due to the hot summer conditions in July, the terrain will be much dryer than last year’s Island X Prix with the drivers having to navigate a harder, more compact surface riddled with rocks, bushes, and dry riverbeds cracked from the heat.

Extreme E has been working closely with Automobile Club d’Italia – the national sports federation co-organising and coordinating the event – the Region of Sardinia, and its Tourism Department plus the Ministry of Defense and the Italian Army to deliver what promises to be a week of double the racing and double the excitement.

“Motor racing and competition are the combination that fuels new solutions for sustainable mobility towards zero emissions. Italy, thanks to Sardinia and the perfect scenery of its uncontaminated territory, is also a world protagonist for this great technological challenge, hosting no less than two stages of Extreme E, the toughest race for so-called zero-emission vehicles.

“ACI expresses satisfaction and pride for the confirmation of Italian motorsport’s ability to constantly face and guide the evolution of competitions and this complex race reserved for off-road vehicles.”