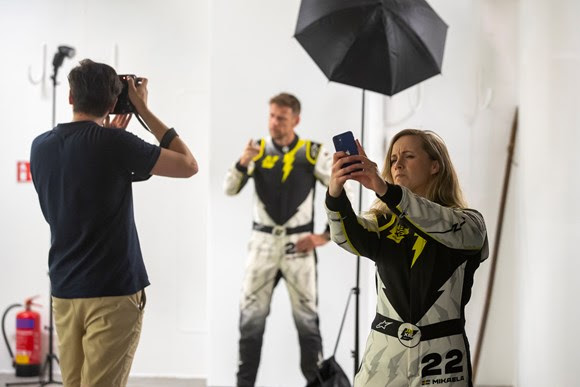 This collaboration will enable Extreme E to enhance the management, distribution and ROI of its social media content – including its race coverage, its environmental objectives and the fascinating stories of the people and places behind the championship for easy sharing with drivers, teams, partners, stakeholders and media.

Launched in 2016, Socialie has fast become a leader in social media content distribution within the world of sport, boasting an enviable array of clients including ATP Tour, WTA, UFC, FIBA Media, European Tour and many others. Built by industry experts from the ground up, the company is famed for being the most effective platform for maximising the social ecosystems of the brands that it works with, allowing for fast, impactful delivery of content and advanced sharing mechanisms.

The partnership will enable Extreme E to seamlessly deliver content from remote locations around the world, direct to their Socialie account for automated onward distribution whilst at the same time, retaining full visibility of real time social analytics across their drivers, teams and other stakeholders’ social accounts.

Ali Russell, Chief Marketing Officer at Extreme E said: “Extreme E’s collaboration with Socialie means we can fully realise the potential of our outstanding visual content as well as amplify the environmental, electrification and equality messaging behind our unique sport for purpose series.

“The modern social media landscape presents enormous opportunities for Extreme E, not only as an emerging and innovative sport but one with a vital narrative to deliver, and we’re excited to take that further than ever before.”

Kristin Adams, Socialie CEO and Founder said: “We are excited to be working with Extreme E during its inaugural season. The championship is highlighting the impact of climate change through sport but also through the media.

“By using Socialie, Extreme E is empowering its drivers, teams and other influential stakeholders to easily share and amplify this very important message across social media to showcase the unique events and raise awareness for the need to protect the environment. We are proud that Socialie has been chosen as its platform to achieve this.”

The series has now completed its first two events, the Desert X Prix in Saudi Arabia (3-4 April) and most recently the Ocean X Prix in Lac Rose, Senegal (29-30 May). The series now heads to Greenland (28-29 August) followed by Brazil (23-24 October) and Patagonia (11-12 December). By holding races in areas that are suffering at the hands of the environmental crisis, such as tropical rainforests and the Arctic, the aim is to raise viewers’ awareness and interest in environmental issues.