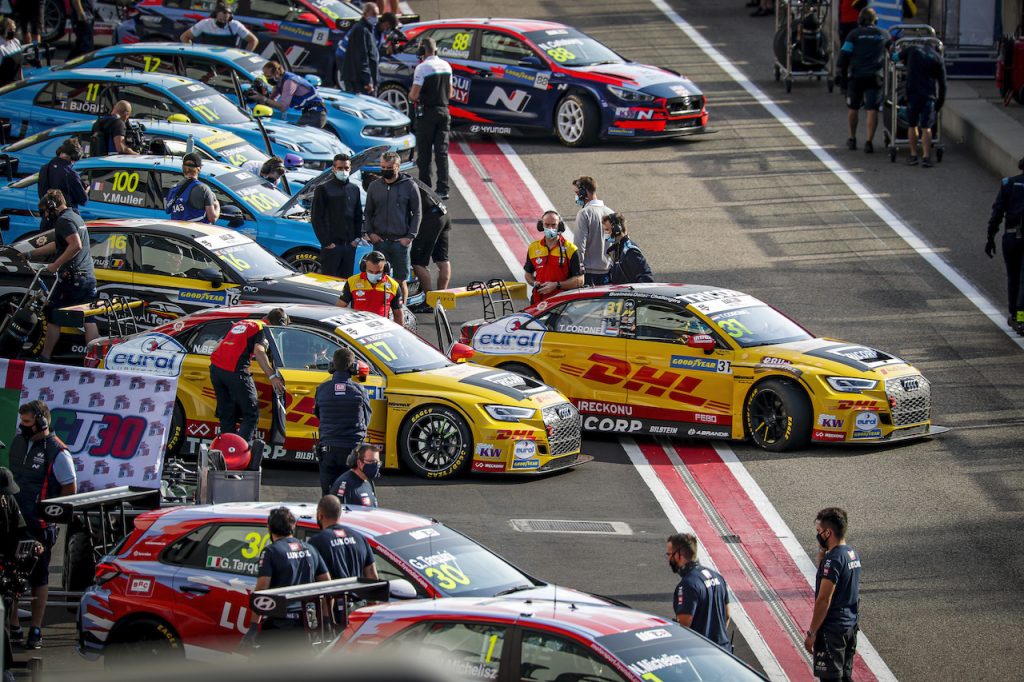 Eurosport Events, in partnership with the FIA and WSC,  will continue to make the WTCR − FIA World Touring Car Cup even stronger and better into the  future.

It has signed a three-year contract extension with motorsport’s world governing body to promote  the WTCR for the 2023, 2024 and 2025 seasons, a responsibility it has undertaken to great acclaim  and with unwavering commitment since 2018 when the series began.

The licence agreement with WSC to use the TCR technical regulations has also been extended to  cover the same period, further underlining the shared objective of Eurosport Events, the FIA and  WSC to provide teams and customer racing departments with a stable and proven platform on which  to compete for the long term.

As well as ensuring stability for all stakeholders, by seeking and achieving an extension to the  existing WTCR agreement with the FIA, Eurosport Events is further underlining its duty to the series  it helped to deliver as a more accessible replacement to the FIA World Touring Car Championship  for the 2018 season.

Despite the challenges brought about by COVID-19, that commitment has never diminished with no  reduction in the level of investment in order to maximise the appeal of the series to teams, customer  racing departments, suppliers, commercial partners, event promoters, broadcasters and fans − and  to ensure that the WTCR is in an even stronger position when there is a significant improvement in  the pandemic situation globally.

Building on the momentum

The 2021 WTCR season is shaping up to be another outstanding year for the series and Eurosport  Events was eager to build on the continued momentum. This comes from several key assets including  a quality driver line-up, the participation by top-level teams, the renewed commitment from the  customer racing departments of car manufacturers and existing partners, DHL, Goodyear and TAG  Heuer, a growing roster of global broadcasters, plus the opportunity to race on several top tracks.

The WTCR can again count on a starting grid made up of some of the best touring car racers in the  world. An exciting mixture of young hopefuls, experienced campaigners and world title winners,  more details will be revealed as the countdown to the planned season-opening WTCR Race of  Germany at the legendary Nürburgring Nordschleife gets closer.

In partnership with the FIA and P1 Racing Fuels, the WTCR will be powered by sustainable fuel from  this season. In 2021, the bespoke fuel will feature 15 per cent renewable components with the  objective of using 100 per cent sustainable fuel in the series by 2023. Eurosport Events is also on  course to achieve the FIA’s three-star environmental accreditation ahead of the 2021 season getting  underway.

François Ribeiro, Head of Eurosport Events, said: “We’ve worked non-stop to keep high the level  of WTCR through a very constructive cooperation with the FIA and a quality global promotion. By  securing a contract extension, even during this unprecedented period we are all living through,  we’ve cemented this commitment and provided much needed stability to all our stakeholders. We  believe in high level combustion customer racing and will do everything possible to make WTCR an  even more environmentally sustainable competition over the next five years.

With Eurosport Events promoting new electric touring car activities from this season it’s only right to enforce the message  that this is not a case of one chapter closing and others opening, but of all our activities receiving  a significant level of investment for the long term.”

Alan Gow, President of the FIA Touring Car Commission, said: “In Eurosport Events we have a  partner that’s fully committed to delivering the best possible WTCR. We are delighted to be  extending this extremely successful alliance that began in 2005 and shows no sign of slowing down,  only speeding up. With Eurosport Events and the FIA’s Sporting Department, the WTCR is in very  good hands now and for the future.”

Marcello Lotti, President of the WSC Group, said: “Having a strong series at the top of the TCR  pyramid is essential to the ongoing and unprecedented success of the TCR category around the world  and we are very pleased there will be a WTCR for at least another three years after this as we  continue our partnership with Eurosport Events and the FIA.”