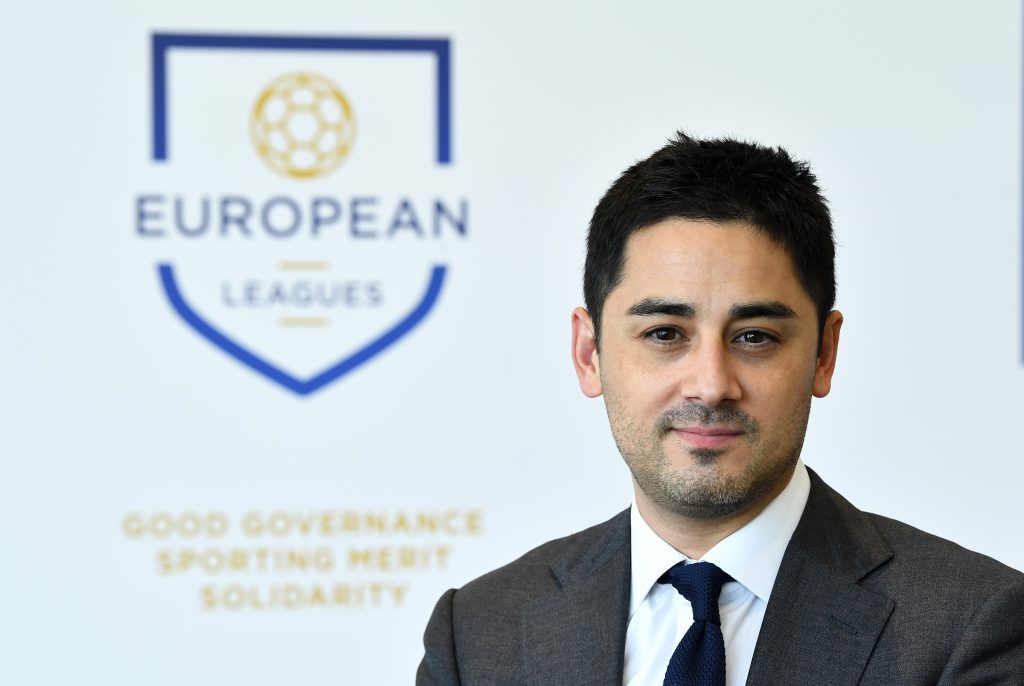 Chris Gerstle of European Leagues speaks to iSportConnect following the recent release of a new media rights package on behalf of nine of the organisation’s member leagues. Chris discusses how European Leagues are looking to expand their business role, the benefits they are looking to provide members and the highly controversial ‘Super League’.

European Leagues (EL) have recently revealed a new RFP of bundled rights to nine of their member leagues, including the top division in strong European footballing countries such as Denmark, Norway and Poland.

The organisation, formerly the Association of European Professional Football Leagues, has existed in order to be the voice for its member leagues on matters that relate to their common interest. More recently, EL have been looking to expand their role in order to help provide further benefits to member leagues.

After growing from an initial 14 to the current 37 leagues, this has started to open up the potential for greater opportunities facilitated by the organisation, which Chris Gerstle, Head of Business Development and Knowledge Centre for EL, has been exploring.

“Based on the principles of aggregation and economies of scale, one role of the EL that we are developing is to further explore collective business opportunities and support the commercial development of our members by identifying scaled strategic projects, such as our existing centralized betting data rights deal,” Chris says when discussing how the deal to pool these rights came about. “These collective projects are especially aimed at supporting member leagues and clubs towards their respective long-term development.

“This is a historic time in global football and media, and the EL is seeking growth through bold, new ideas.”

“Based on this general premise, we commissioned Octagon’s Global Media Rights Consulting team to first produce a tailored research report back in 2020 which then formed the basis of pooling rights from member leagues that were in a position to come together based on the timing of their own respective international media rights deals.”

Other leagues included in this new rights deal are in Switzerland, Northern Ireland, Slovakia, Iceland, Latvia and Kazakhstan. But what could the potential benefits for the leagues of bringing these rights together be?

“This is a historic time in global football and media, and the EL is seeking growth through bold, new ideas,” states Chris, “While generating incremental revenue for member leagues is a top priority, driving incremental reach and research, such as data & insights, are also important goals for our leagues, particularly those that are lesser known on the global stage and have thus far found less success in distributing their content on their own internationally. We remain committed to all three goals as we explore the future commercialisation of EL league content internationally.”

“We believe a centralized international media rights offering of multiple, top-tier European professional football will increase opportunities for fans to engage with leagues they may have previously been unable to view due to archaic media agreements and outmoded forms of program distribution. The breadth of league rights included in this RFP will also better enable fans to follow players from their respective home markets that play professionally in Europe, often moving between leagues and clubs.”

Back in 2017 the first iteration of these potential deals came to fruition when eight member leagues combined their data rights in a deal with Sportradar, Genius Sports and Perform Group (now Stats Perform) brokered by European Leagues. This agreement was subsequently renewed in February 2020 to take the deal to 2022, however, this time there were 16 member leagues who had opted to take advantage of this deal.

Chris is hopeful that European Leagues’ media rights package can grow in a similar manner and see increases with the number of leagues who would like to take advantage of this deal in the future.

“As the leagues have different media rights cycles and deals, it is impossible to get everyone aligned at the exact same time. The concept, however, was one that almost all leagues bought into right away. They found it a logical and interesting way to explore new opportunities. Other leagues actually wanted to join but were not able to from a timing perspective. As such, we expect other leagues to join in due course.”

“We are constantly thinking about how we can improve our offering to our members. Our view is that a bundled approach, whether for media, data or other rights, is a logical strategy to explore especially for non-premium rights when it comes to commercial opportunities in the future.

“With the developments in how rights holders are working with a more diverse set of industries and therefore business models, especially, for example, in the digital, technology, gaming and blockchain world – in addition to the legacy media, data, sponsorship and licensing rights deals – we think there is a bright future for the EL when it comes to further supporting the long-term development of our member leagues and their clubs,” Chris adds.

One of the key benefits provided by this pooled media rights package created by EL is that it will give the winning bidder content across the entire year, with five of the leagues within the package taking place across the winter, similar to the majority of leagues in European football.

“We are constantly thinking about how we can improve our offering to our members.”

But four leagues which take place over the summer months are available within the rights package, offering a great deal of additional football content during a time that is often a quiet period for the sport.

Chris notes that EL also has plans for further expansion beyond the data rights & media rights packages, something the organisation is continuing to develop in the background.

Operating with member leagues across Europe has been a particular challenge for EL, a team of just six full-time staff who would usually be holding in-person meetings with representatives from their members, but Chris says the pandemic has actually helped to streamline much of the communication.

“As we’re an international association based in Nyon, Switzerland, but with member leagues all over Europe we have actually ended up being in even more contact with our members than before,” he says.

“We have used the online video conference tools to increase the frequency of meetings and speed at which some types of projects can progress. Historically, for example, our meetings were almost always only physical in-person affairs. However, with a hybrid approach of virtual and physical we can now meet more frequently as and if necessary.”

To close, we discuss the fateful European Super League, which saw its moment in the spotlight come earlier this year when an announcement for a new competition was made, only to be shut down almost immediately by vociferous fans, in particular within England, rejecting the proposal.

Declared within their mission statement, one of the key values and reasons for the existence of EL is ‘to enhance and protect the national competitions run by the domestic leagues, so they can help their member clubs perform at the highest sporting level in a sustainable and competitively balanced environment.’

“The Covid and Super League crisis has shown that professional football deserves a better governance model to face the social, sporting and financial challenges posed to our ecosystem during these difficult times.”

That final message was something the Super League ran in direct opposition to, with plans for an almost completely closed off competition featuring only Europe’s ‘elite’ clubs taking part, something Chris states is simply the latest illustration of European football requiring stronger governance.

“Competitive balance and open access to competitions via sporting merit is the core element of the European sports model, culture and professional club football in both our domestic leagues and international competitions,” he commented, “We were not surprised to see the football stakeholders and the fan groups embrace these principles and values to defeat, in less than 48 hours, the Super League concept.”

“The Covid and Super League crisis has shown that professional football deserves a better governance model to face the social, sporting and financial challenges posed to our ecosystem during these difficult times. During this process the European Leagues will continue to reiterate that financial sustainability and enhanced solidarity are key to preserving and further developing our business model in the future.”