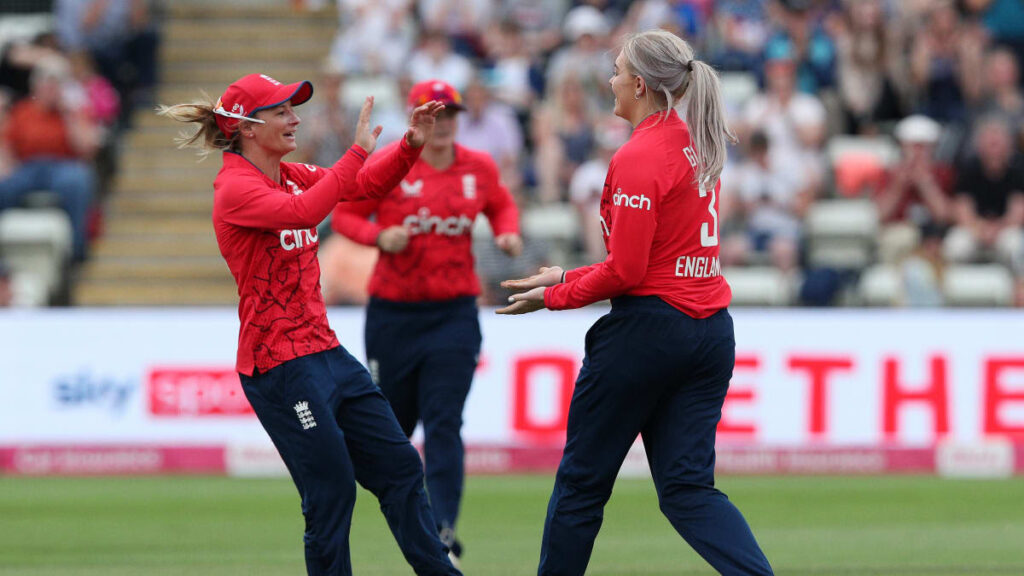 The 2026 ICC Women’s T20 World Cup will be held in England and Wales, the International Cricket Council (ICC) has announced today.

The success of the ECB’s bid to host the competition means this country will host another global women’s cricket competition less than a decade since England captain Heather Knight lifted the 50-over ICC Women’s World Cup on an unforgettable day at Lord’s in 2017.

With transforming women’s and girls’ cricket being one of the key pillars of the ECB’s Inspiring Generations strategy, hosting the competition will provide another opportunity to turbocharge this work, inspire more children, and build further on the rapid growth of the game in this country.

“We saw back in 2017 how hosting the ICC Women’s Cricket World Cup captured people’s imagination and I’ll never forget watching Heather Knight lift the trophy on that magical day at a sold-out Lord’s.

“Women’s cricket has developed rapidly since then, from the numbers of girls picking up bats through All Stars and Dynamos, joining clubs, and being able to progress on a pathway to the highest levels of performance. We’re seeing right now the positive impact that the UEFA Women’s Euro is having for football, and hosting this global cricket event will give us another incredible opportunity to inspire even more girls to pick up a bat and ball.”

Martin Darlow, ECB Interim Chair, said: “This is a huge year for women’s cricket in our country, with England women competing in the Commonwealth Games for the first time, the second year of The Hundred following straight after and then England and India meeting at Lord’s as part of our white ball series.

“The women’s game is growing at a remarkable pace, and hosting the 2026 ICC Women’s T20 World Cup will give a further boost to our strategy to make cricket a gender-balanced sport. This is a really exciting opportunity.”

Since the Inspiring Generations strategy was unveiled in 2019, a new women’s regional domestic structure has been established and the first domestic professional contracts awarded. There are now 68 professional female players in England and Wales, up from 17 in 2019.

The Hundred – with men’s and women’s competitions running alongside each other on an equal platform – launched last year and has also significantly raised the profile of women’s cricket, with record numbers watching women’s cricket on TV and in grounds.

There are also now over 1,000 clubs offering women and girls the chance to play, and there has been a 33% increase in the number of women’s and girls’ teams since 2019.