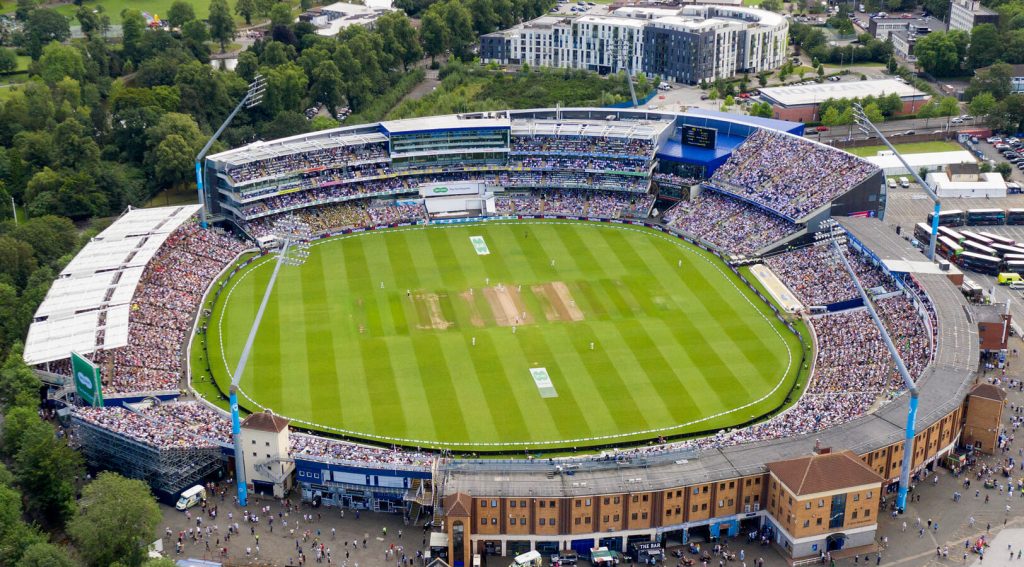 Edgbaston Stadium’s hosting of the second match of the LV= Insurance Test series between England and New Zealand will be the first pilot event within the second phase of the Government’s world-leading Events Research Programme.

Taking place in Birmingham from Thursday 10 to Monday 14 June, Edgbaston will be able to accommodate around 18,000 spectators each day, 70 per cent of total stadium capacity. Each individual ticket holder must present a negative COVID-19 result from an NHS Rapid Lateral Flow Test, completed within 24 hours in advance of the day they are attending, and give consent to take part in the programme.

The pilot event will be used to analyse testing protocols for all spectators in attendance, the use of social distancing and face coverings when moving around the stadium, and gathering further evidence on the risk of transmission at mass participation events.  As part of these Government protocols all ticket holders will need to be aged 16 and over.

The process was today agreed by Culture Secretary Oliver Dowden and supported by Public Health England, the England & Wales Cricket Board, Birmingham City Council and Edgbaston’s own Safety Advisory Group.

“Edgbaston is unique as a cricket venue in having such a large stadium footprint, but we also have a vastly experienced operational delivery team, which has hosted many major events and a spectator pilot last summer. We have always been hopeful of featuring in the pilot programme and are delighted for the thousands of ticket holders who will now be able to attend.

“The city’s authorities have worked with us to make this happen so I would like to thank Cllr Ian Ward and his team for their support and also Andy Street, Mayor, for his help along the way.”