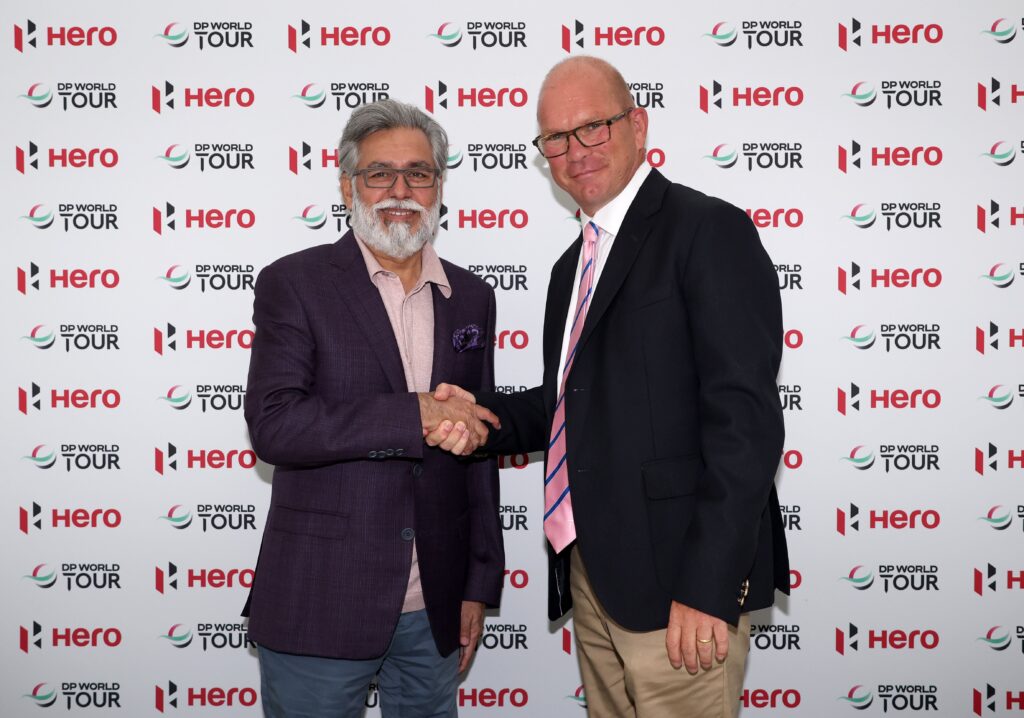 Two ten-man teams comprising players from Great Britain & Ireland and Continental Europe will be selected by Luke Donald, who will preside over the event in his capacity as 2023 European Ryder Cup Captain, in consultation with the two team captains, who will be named in due course.

He said: “One of the first things I was keen to do when I was appointed as Ryder Cup Captain was to reinstate a team match play contest to give playing and leadership experience to future Ryder Cup players, vice-captains and Captains.

“I spoke to a number of former Ryder Cup Captains who were strong advocates of how similar events in the past have benefitted players who were pushing to make Ryder Cup teams, as well as their own captaincy journey.

“I am therefore grateful to Hero MotoCorp and the DP World Tour for supporting the concept of the Hero Cup and I look forward to seeing the players compete at Abu Dhabi Golf Club in January.”

The two teams will be confirmed following the conclusion of the 2022 DP World Tour Championship, Dubai, with performance on the DP World Tour Rankings taken into account in the player selection process.

The Hero Cup extends Hero MotoCorp’s long-term relationship with the European Tour group which began at the 2015 Hero Indian Open. Since then, Hero MotoCorp, the world’s largest manufacturer of motorcycles, has also supported the Hero Challenge, a series of fast-paced showpiece events and short form social and digital content, which have taken golf to new audiences, as well as the Hero Open which has featured on the DP World Tour schedule since 2020.

“We are happy to extend our long-term partnership with the European Tour Group. I am sure the Hero Cup will support and provide an opportunity to the talented European players to showcase their incredible skill to a global audience. We are excited to be part of this.”

Guy Kinnings, European Ryder Cup Director and the DP World Tour’s Deputy CEO and Chief Commercial Officer, said: “The Hero Cup is another example of Hero MotoCorp’s commitment to innovation in golf and to our Tour in general. We are therefore extremely grateful to Dr. Munjal for his continued support and for backing this new event which is an evolution of our proud tradition of team match play events.

“Our thanks also go to Abu Dhabi Sports Council and the Emirates Golf Federation for their support of the DP World Tour, and to Abu Dhabi Golf Club for hosting this event which will be a fantastic way to start the 2023 calendar year.”

His Excellency Aref Al Awani, General Secretary of Abu Dhabi Sports Council, said: “We are delighted to be hosting the Hero Cup at Abu Dhabi Golf Club, adding yet another fantastic tournament to our roster of world class sporting events.

“Team match play is always an exciting format and along with our Rolex Series event the following week at Yas Island, we are thrilled to welcome the DP World Tour players to Abu Dhabi for two consecutive weeks at the start of 2023.”