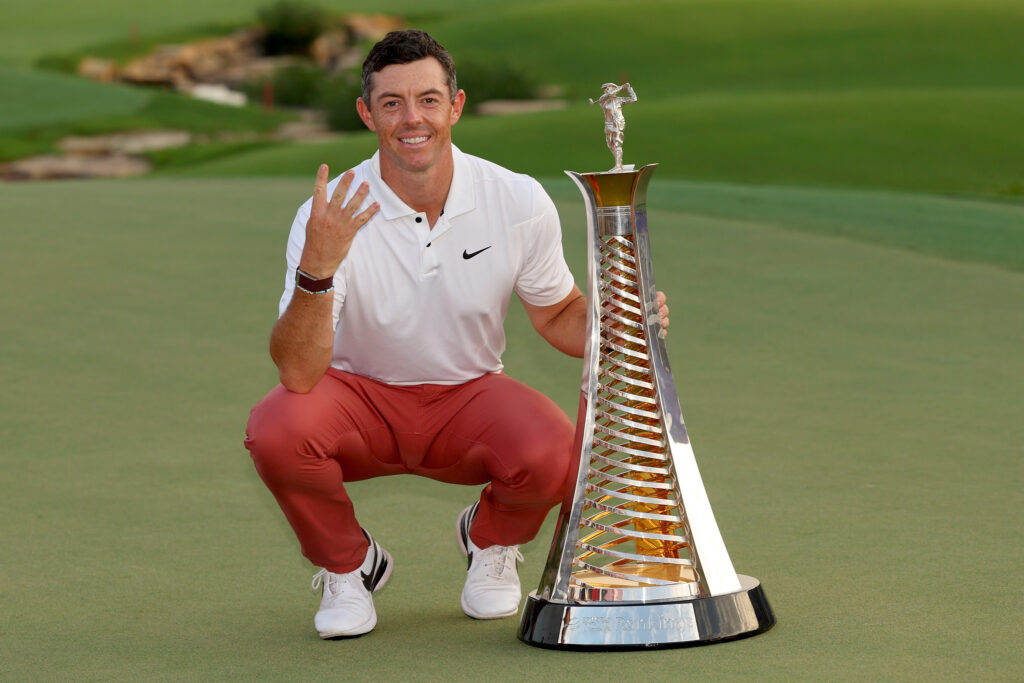 The DP World Tour Rankings, the DP World Tour’s season-long competition to crown its Number One player, will be renamed the Race to Dubai Rankings in Partnership with Rolex from the 2023 season onwards.

The Race to Dubai is, of course, a familiar name having previously been the title of the points-based ranking from 2009 until 2021.

It was renamed the DP World Tour Rankings in Partnership with Rolex for the 2022 season, when DP World became the title partner of the European Tour group’s main Tour.

Now, with the support of Dubai’s Department of Economy and Tourism, it will revert back to the Race to Dubai brand from next season when the leading eight players will share an increased bonus pool of $6million as part of an overall $144.2million prize fund across a minimum of 39 tournaments in 26 countries on the DP World Tour’s 2023 global schedule.

Speaking about the new agreement Guy Kinnings, Deputy Chief Executive and Chief Commercial Officer of the DP World Tour, said: “The Race to Dubai is a strong narrative for us, reflecting our season-long contest which builds towards the final Rolex Series event of the year in Dubai, our DP World Tour Championship, where we crown our Number One player. We are therefore pleased to be bringing it back with the support of Rolex and today’s announcement further cements the long-standing relationship between the DP World Tour and the Emirate of Dubai – a relationship that dates back to the first staging of the Dubai Desert Classic in 1989.

“Our partnership continues to drive significant exposure for Dubai and its leading businesses on a global scale. The 2023 DP World Tour season promises to be one of our most exciting yet, with a record prize fund on offer. We look forward to seeing which player earns the right to be named the Race to Dubai champion at the DP World Tour Championship next November.”

H.E. Issam Kazim, CEO of Dubai Corporation for Tourism and Commerce Marketing, added: “We are delighted with the unveiling of a new Race to Dubai season that will turn the spotlight on Dubai’s world-class golf offering and further reinforce its position as a global sports tourism and events hub in line with the vision of His Highness, Sheikh Mohammed bin Rashid Al Maktoum, UAE Vice President and Prime Minister and Ruler of Dubai, to make Dubai the most visited destination and the best city  in the world to live and work in.

“The Race to Dubai Rankings in Partnership with Rolex is also a testament to the long-standing collaboration between leading domestic and international partners that has helped transform Dubai into the most popular global destination. Indeed, at a time when people are looking forward to unique new travel experiences, the pivotal role played by DP World in bringing this golfing concept to life has made Dubai a compelling value proposition for golf tourists as the Race to Dubai brand, with its growing global appeal, will significantly contribute towards ensuring that Dubai remains top-of-mind among international travellers.”

Past Race to Dubai champions include star names such as Rory McIlroy, Jon Rahm, Tommy Fleetwood and Collin Morikawa. Yesterday Rory McIlroy won the season-long contest for the fourth time in his career.

The 2023 Race to Dubai will begin from November 24-27, 2022, with two tournaments – the Fortinet Australian PGA Championship and the Joburg Open in South Africa – co-sanctioned with the DP World Tour’s strategic alliance partners the ISPS HANDA PGA Tour of Australasia and the Sunshine Tour respectively.

It will conclude with the $10million DP World Tour Championship which will take place at Jumeirah Golf Estates for the 15th consecutive year from November 16-19, 2023.