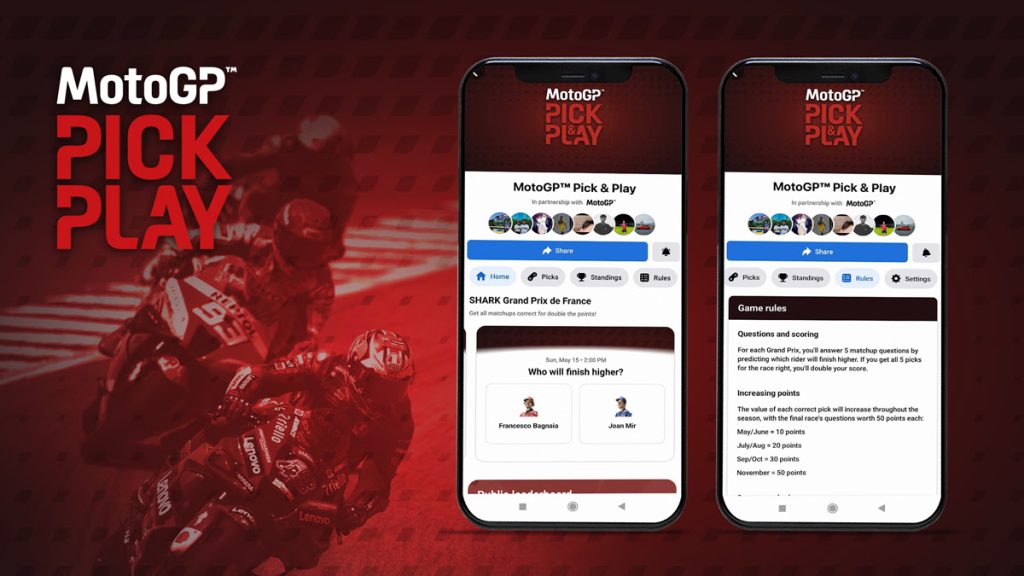 The MotoGP™ Pick & Play game brings fans into the action on one of the world’s largest social networks.

MotoGP™ Pick & Play allows fans of the world’s fastest motorcycle racing Championship to get involved in the action by choosing which rider, in a weekly battle, will finish ahead. Playing for fun (and glory!), each face-off tests fans’ knowledge of the sport, with two riders put up in head-to-heads in each Grand Prix. The player just needs to choose which rider they think will finish ahead, and there are some interesting choices for the first round at Le Mans:

The battles will change for each race weekend, with the first choices based on the Championship standings. But the possibilities don’t stop there, with inter-team battles, national showdowns and more on the horizon in future. Fans can also create their own leagues in MotoGP™ Pick & Play, testing their skills against each other to see who comes out on top over the course of the season – and in the rankings each week.

Head to www.facebook.com/fantasy_games/motogp on mobile devices to find out more and get involved in MotoGP™ Pick & Play, with the first battles of the season just around the corner for the SHARK Grand Prix de France!