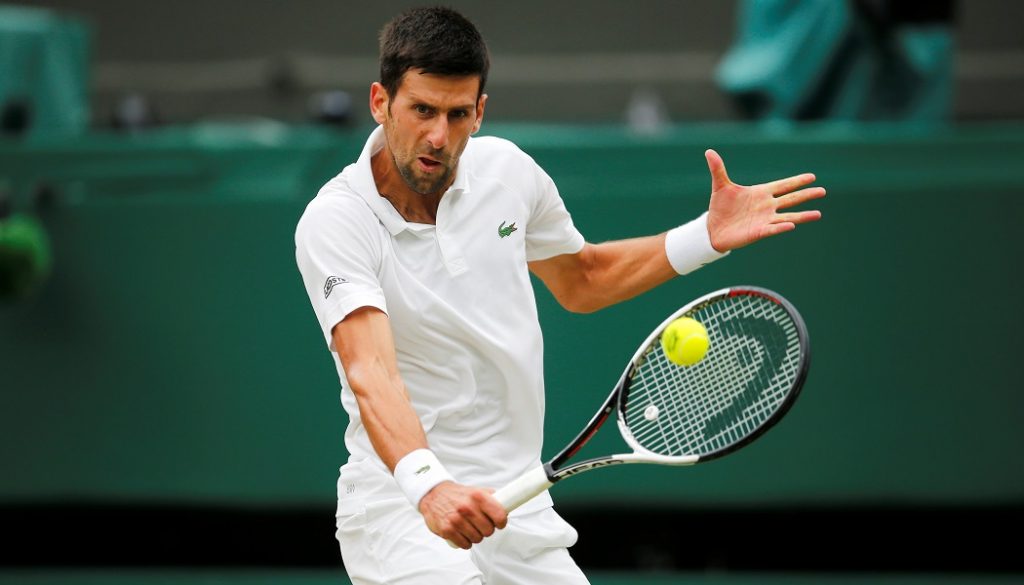 Djokovic Cleared To Play In Australian Open, Could This Lead To The Relaxation Of Future Covid Mandates?

The Novak Djokovic court ruling earlier today has sent shockwaves through world sporting circles and governments trying to combat the covid pandemic. Michael Pirrie takes a behind the scenes look at the case and analyses its implications for sport and major events.

The ‘Djokovic Does Detention Down Under’ visa drama continued to attract global attention ahead of today’s much anticipated court case, challenging Australia’s visa system for unvaccinated tennis players.

While unvaccinated Czech doubles player Renata Veracova decided to head home after her travel papers were investigated over the weekend, Djokovic decided to stay and fight deportation after his travel documents were cancelled earlier.

In a stunning turn around, the decision by Australian border control to cancel Djokovic’s visa was overturned, with the judge ordering him to be released from detention along with his passport in hand.

The judge ruled the visa cancellation out of court, describing it as unreasonable said Djokovic had done all that could expected of him to provide adequate documentation to enter Australia before leaving for Melbourne.

“Could this be seen as a set back for domestic and world sports governing bodies and leagues pushing for players and teams to fully vaccinate?”

It is a case which has generated global interest because it combines two of the world’s biggest concerns and obsessions during this current time – Covid and sport.

The interest has dominated world sport and tennis in recent days, overshadowing the release of the new King Richard movie about Serena and Venus Williams as King Novak held court in Melbourne.

The win was also hailed as a victory for the anti-vaccination movement in Australia and worldwide as well as for Djokovic, the movement’s highest profile poster celebrity. However, could this be seen as a set back for domestic and world sports governing bodies and leagues pushing for players and teams to fully vaccinate to keep their seasons, competitions and clubs operating as Omicron sweeps the globe?

The decision to allow Djokovic to play unvaccinated in the Australian Open, the southern hemisphere’s largest and most prestigious annual sporting event, could undermine public health messages in the pandemic and encourage other leading players to fight vaccination. Could major sport events organisers and leagues be forced to develop two-tier systems for vaccinated and unvaccinated players in team, competition and events settings in these current times?

The ruling in favour of one of the highest profile vaccine sceptics and sporting figures in the world was also a disappointment to political and community leaders in Europe and the United States, increasingly concerned at the growing influence and impact of anti-vaccination squads and protest groups.

Djokovic’s legal challenge forced the vaccine and visa controversy in Australia to a tie-break, familiar territory for the world number one who rarely plays a losing game. While the win, in a court of law, might be a world away from the tennis court, it could be the most telling of his career.

The Serbian superstar is especially fond of the Melbourne Park centre court surface where he has won a record nine grand slams that have provided the foundations for his tilt at sporting history. The court ruling now frees Djokovic to contest the Australian Open next week following the most dramatic lead up in modern tennis to a grand slam event.

The court order also provides Djokovic with a ‘get-out of jail-free’ card with the high costs of the multi-millionaire tennis player’s top shelf legal team to be met by taxpayers. The law firm ironically has a “no jab, no entry” office policy.

While Djokovic has fought his way back from match point down, his epic battle may not yet  be over. The Australia government still holds the option to cancel the visa a second time and Djokovic could again challenge such a move.

“It is an incredibly unique case which has placed Djokovic and the impact of the anti-vaccination movement in sport into the international spotlight like never before.”

A former senior Immigration Department official said this evening that more practical solutions should be pursued. “It would be better for all the parties concerned to sit down and work out a plan to manage the risks to public health while allowing Djokovic to play in the Australian Open,” the official said.

The weekend brought the issues surround the Djokovic case into shaper focus ahead of the hearing with hospitals close to his hotel of detention stretched to capacity treating new covid patients in wards and in the intensive care unit where the vast majority of seriously ill patients are unvaccinated.

It is an incredibly unique case which has placed Djokovic and the impact of the anti-vaccination movement in sport into the international spotlight like never before and plunged the start of the new year for sport into chaos.

The emergence of new photos of the tennis star alongside children and at other another public event in his honour without a mask the day after he tested positive for Covid took concerns about permission for Djokovic to play in one of the world’s leading sporting events without vaccination to new levels.

As well as raising concerns about the responsibility of sports and players for the common good in a global health emergency, the case has highlighted how the pandemic is reshaping priorities in how and where major international events are staged. While the judge hearing the Djokovic case asked what more he could have done in the circumstances, the nearly universal view was that the trauma of the case could have been avoided if he had just been vaccinated.

The Djokovic case has highlighted the new battle ground in the Covid era of sport, centering on national sovereignty and safety of citizens and major events and who determines the safety conditions of international events – the world governing bodies and international federations, player groups and unions, sponsors, broadcasters or governments, local public health experts or host communities.

The availability of vaccines is seen as a fundamental measure in helping to stem concerns and infection cross over to local communities and residents from major international events and visiting teams and athletes expected to be vaccinated.

This case has highlighted the growing lack of tolerance for unvaccinated players from a large percentage of the public, but has also been an unpleasant episode for sport, with the focus largely taken away from the tournament.

You can certainly expect that much of the coverage over the two weeks will now focus on the Serbian star, rather than his, and all of the other competitors, tennis at the event.

While Djokovic won today’s court case he continues to lose the public vote with widespread opposition to the court decision and his participation in the tennis event.

Polls have indicated that up to 85 percent of those surveyed not wanting Djokovic to attend the Australian Open with some claiming they would tear up their tickets to event.

“There were also concerns that the ‘player-first’ culture of the Australian Open event had been focussed too heavily on one player and on exemptions that would enable Djokovic to make sporting history at the Melbourne event.”

There were also concerns that the ‘player-first’ culture of the Australian Open event had been focussed too heavily on one player and on exemptions that would enable Djokovic to make sporting history at the Melbourne event.

While Djokovic may have beaten his visa ban, his next challenge will be overcoming Spain’s Rafael Nadal, who is also competing to become the first man to reach 21 slams.

Nadal, who is fully vaccinated along with the number one women’s seed Australian Ash Barty, has won over fans around Australia and the world with his compassion and perspective on Covid.

The world has been suffering enough to not follow the rules,” he said recently. “The only thing I can say is I believe in what the people who know about medicine says, and if those people say that we need to get vaccinated, we need to get the vaccines.”