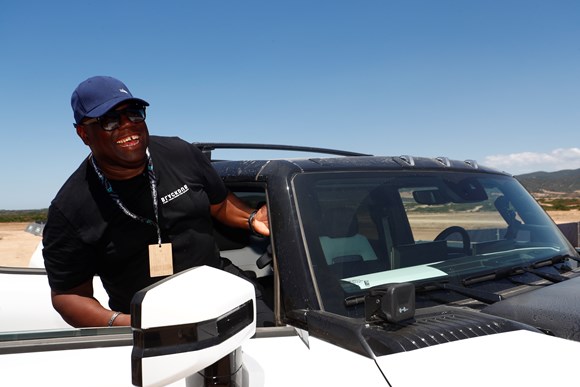 The globally acclaimed legendary DJ and electronic artist Carl Cox is today revealing his Carl Cox Motorsport Extreme E team which has joined the championship as the sport for purpose series gears up for an action-packed third season.

The eponymous team marks Carl’s first venture into electric racing, however he is no stranger to the world of motorsport having launched Carl Cox Motorsport officially in 2013 as a multi discipline outlet for vehicles with two, three and four wheels.

Cox, Founder and Team Principal of Carl Cox Racing, commented: “I’m here to make a difference. To have the opportunity to be part of something so dynamic on four wheels is a dream come true. Racing, like music, is in my blood and I’m going to bring my passion and energy into this series and build something special.

“Participating in electric racing is new to me but I’m a fast learner and will bring my hard earned know how and experience into the mix at Extreme E. Carl Cox Motorsports is here to take on all comers and we are going to jump straight in. We are in it to win it.”

“A true icon in music and entertainment Carl will be an important beacon for our series, bringing a whole new energy to the championship and our mission to raise awareness around the world about important climate and societal issues, and their solutions. The grid continues to offer up excitement for our fans, and the countdown to Season 3 is officially on!”

One of the most influential names in dance music, Carl’s illustrious career as a DJ, remixer, live artist and music producer has spanned over 30 years and secured countless accolades. Paradoxically Carl is bigger nowas an artist  than ever with his Sunday Times best selling autobiography “Oh Yes, Oh Yes!” and chart topping new album ‘Electronic Generations’being showcased at his sold out 2022 Wembley Arena show in a year where he headlined 87 shows across 22 countries including incredible sets at Glastonbury, Burning Man, in Ibiza, Ultra Miami and at his annual Brighton Beach show. Always evolving, he performs as a DJ and a live artist and is known by his peers as “the DJ’s DJ” or simply “The King”.

Passionate about all forms of racing, Carl has been involved in everything from motorbikes and sidecars to supercars. He is a competitive drag racer and achieved a personal best (so far) of 5.9 seconds for a quarter mile reaching 252mph in 2021 in Eleanor, his custom built drag car.

He is a fixture at the Isle of Man TT where he supports his Carl Cox Motorsport riders as they battle it out on the infamous course. Amongst the talent in Carl’s programme is Super Stock champion Davey Todd, Michael Clemente who drives in the TCR Championship and twenty one time Isle of Man TT winner Michael Dunlop, who has been supported by Carl since 2017.

A passion for developing talent saw Carl establish the Carl Cox Motorsport Cup for grassroots riders in New Zealand which is now in its twelfth year, where his sidecar team is based. As a team owner in Extreme E Carl can further his mission in a series that offers the perfect platform for the development of young and emerging talent.

Extreme E aims to minimise environmental impact but maximise awareness, racing in places that have already been damaged or affected by climate change. The all-electric series takes fans deep into the heart of the most pressing environmental issues facing the planet. At the same time, the championship has built-in equality and diversity, with each team fielding one male and one female driver, making it the world’s most diverse racing series.

Alon comments: “On the racing side Carl Cox Motorsport Extreme E will be competitive from day one and we have various strategic plans that will elevate the team and what we can bring to the series. We will also be actively supporting the host territories Extreme E environmental projects. My role is to make sure that our team is a 365 operation, not just focused on the race weekends, and to maximise the opportunity that we’ve been presented with.

“Underpinning everything of course is team boss Carl Cox. He is an exceptional human being who will be fully hands on with sleeves rolled up ensuring that we deliver over and above at all times, on and off the track.”