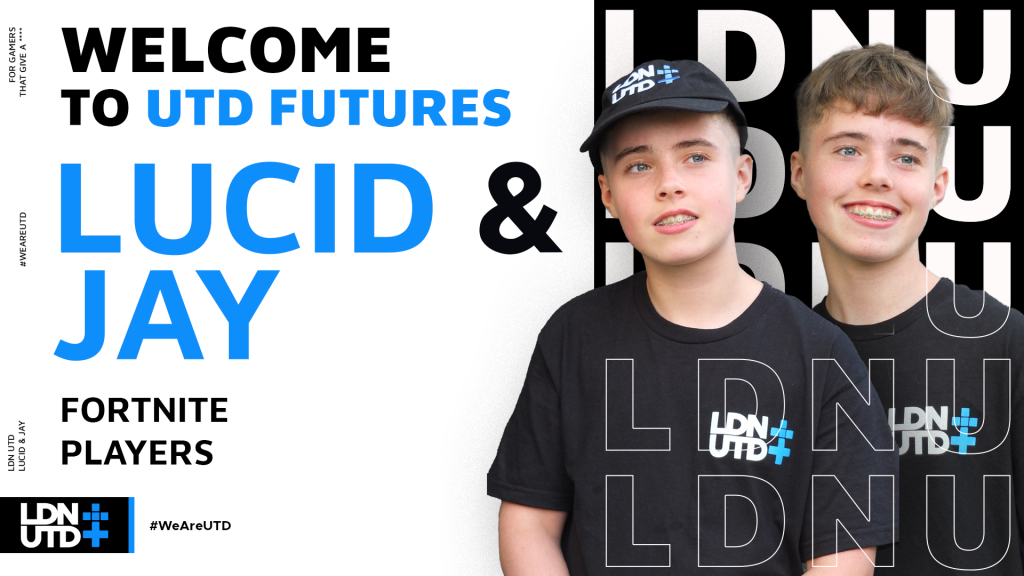 A disabled teenager and his twin brother are both on track to becoming Fortnite pros, with the help of the social purpose-driven esports organisation LDN UTD.

Born with just one arm, Ryan Wilson, 14, started gaming aged seven, at first with the help of his brother, Jayden. They’d play ‘Joy Ride’ on their Xbox 360 using the motion sensing device, Kinect.  “I needed to do star jumps,” Ryan explains. “But I couldn’t do them properly, as I didn’t have a right arm. So, Jayden would stand behind me, and act as my right arm.”

Today the boys, who live in Great Paxton, Cambridgeshire, are estimated to be in the top 10,000 Fortnite players globally, despite playing on old machines and less than stellar Wi-Fi. Hence the requirement now to find a broadband and PC supplier.

LDN UTD nurtures, develops and educates young talent, and is providing the infrastructure and professional coaching to get the boys to the next level. Fortnite coach Darz has been brought on board to work with them.

“We’re so excited,” Ryan says, “we’ve got so much to learn. I know with the support of LDN UTD we’ll both be able to turn pro.” Ryan has adapted his game to ensure his disability doesn’t hold him back in any way at all. “I really want to show other disabled people what they can do. I want to use my experience, hopefully my success, to inspire them to do the same. To show others that absolutely anything is possible.”

The boys are in the top sets for most subjects at school. They box several times a week with their dad, and Jayden is also a keen footballer. “To become pros,” Jayden explains, “you need to be in top condition, physically and mentally, so we work on every aspect of our game. It’s about far more than just spending hours and hours gaming.” They’re great mates and of course arch-rivals as well. “When Ryan does well, I want to do even better! We push each other the whole time.”

“I’ve really enjoyed getting to know the boys,” LDN UTD’s CEO Oliver Weingarten says, “I have been impressed with their incredible skill and drive. Ryan has such resilience and an incredible in-game IQ and Jayden is a natural leader. With the right equipment and support, I can see them climbing the rankings. I can’t wait to see how high they can both go.”

Ryan and Jayden are part of LDN UTD’s Futures program, and a range of sponsorship packages are available.