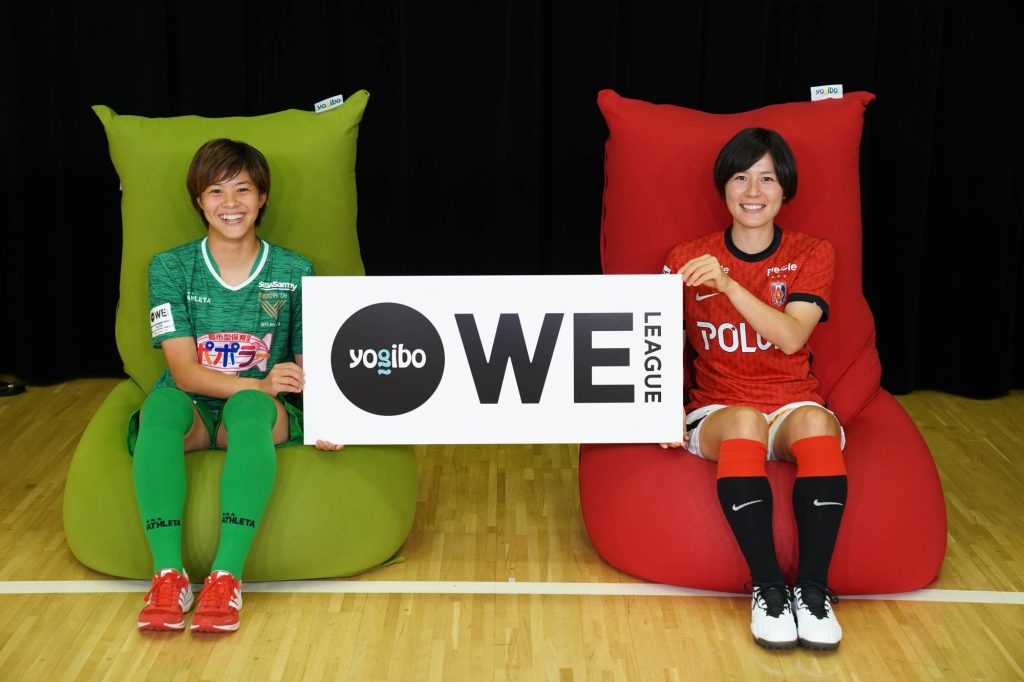 DAZN Secures Rights To WE League Until 2029

The WE League has agreed to make DAZN, a sports-focused livestreaming service, its official broadcasting partner for eight seasons, from 2021-22 to 2028-29.

DAZN started services in Japan in 2016, and distributes a large number of major domestic sports such as Meiji Yasuda Life J League and professional baseball, as well as sports content from around the world. Together with DAZN, which has a proven track record in delivering sports content, we will deliver an attractive Yogibo WE League watching experience.

The Yogibo WE League will be distributed on DAZN, and a certain number of games will be available for free on DAZN YouTube channels and social channels so that more people can watch and know about women’s soccer.

Martin Jones, Executive Vice President, DAZN Japan Investment GK said: “We are very pleased that DAZN has become the official broadcasting partner of the Yogibo WE League. The other day, we announced that we have acquired the broadcasting rights for the UEFA Women’s Champions League globally, but with the addition of the Yogibo WE League, we will be able to deliver the hot games of female soccer players who are active in Japan and overseas to Japanese fans. I did.

“We believe that improving visibility, that is, having many people watch it, is the key to the development of women’s sports. As an official broadcaster, DAZN will prepare the foundation for more people to come into contact with the Yogibo WE League and women’s sports. In addition, I would like to support the success of women through sports together with everyone involved.

WE League Kikuko Okajima Chair said: “We would like to express our sincere gratitude for supporting the WE League and the women’s soccer world as a title partner. Yogibo wraps your mind and body, energizes us and sends us out to the outside world. We are very pleased and reassured that we can work together with Web Shark, who has developed many Yogibo products and is attracting attention, toward the realization of the WE League philosophy.

“We are very pleased that the Yogibo WE League will be aired for eight seasons on DAZN, a global sports distribution platform.”