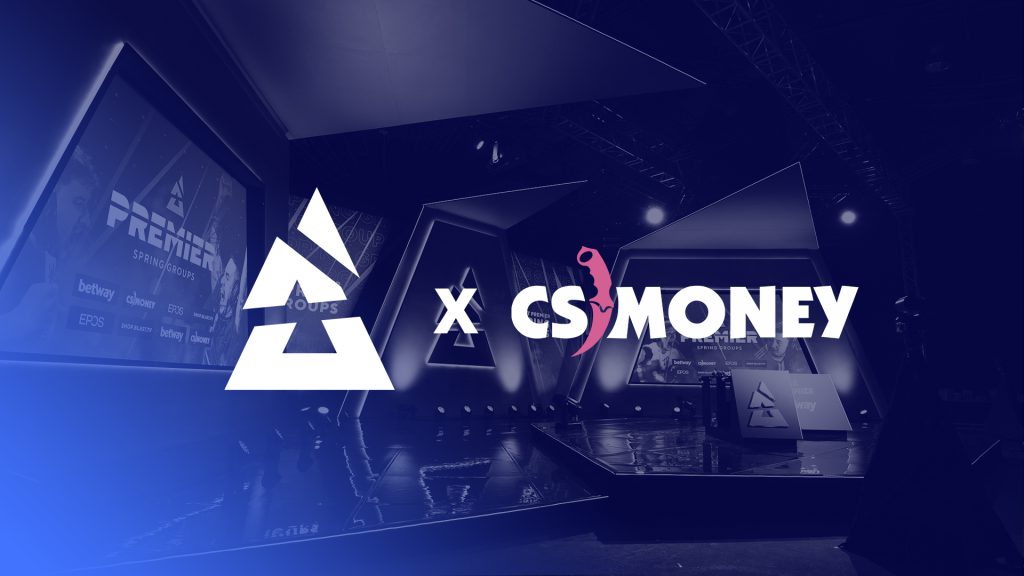 ding esports tournament organiser BLAST Premier and skin trading platform CS.MONEY, part of the EX CORP. holding,  have announced an extension of their partnership – taking the deal into a fourth year.

The partnership will be centred around engaging esports and Counter-Strike fans on the wide spectrum of skins available to trade and purchase online.

The deal is the first in a number of commercial deals that BLAST will be renewing for 2022, as the company continues to increase the value of its global partnership portfolio in line with its renewed commercial development and future growth plans.

The partnership will see BLAST and CS.MONEY collaborate on a series of premium, player-led content pieces throughout the year along with owning the broadcast segment ‘Play of the Day’. CS.MONEY will have access to a number of physical and digital branding assets across BLAST Premier’s seven events in 2022, which typically reaches a global audience of over 150 territories in 18 different languages.

Over the last few years the partnership has become famous for its much-loved CS:GO skin content that features the world’s best players taking part in a number of challenges and games that highlight their knowledge and love for skins.

Oliver Clarke, Head of Brand Partnerships for BLAST, said: “Extending the sponsorship into a fourth year is testament to the belief and satisfaction CS.MONEY have shown in this partnership, that we’ve built up from 2019. The result of this hard work is shown by their skin trading platform becoming synonymous with our Counter-Strike tournament and we hope to build on this further in 2022. Four years is a long time in esports and we’re really proud of the content and activations we’ve delivered during this period.”

Artsiom Rabtsau, Chief Marketing Officer at CS.Money, said: “Skins have been for a long time a natural part of the Counter-Strike ecosystem along with esports. This is why it is so important for us to support the CS:GO community by allowing them to trade skins safely and comfortably and by supporting events like BLAST Premier as well. We want Counter-Strike fans to have more emotions not only from having a new skin in their favourite game but from watching spectacular games. And I am sure that our partnership with BLAST will play a major role in that.”

Since their launch in 2013, tradable skins have become a central part of Counter-Strike and form a popular element of the game, giving players an opportunity to own and play with a unique design for their in-game weapons when competing.