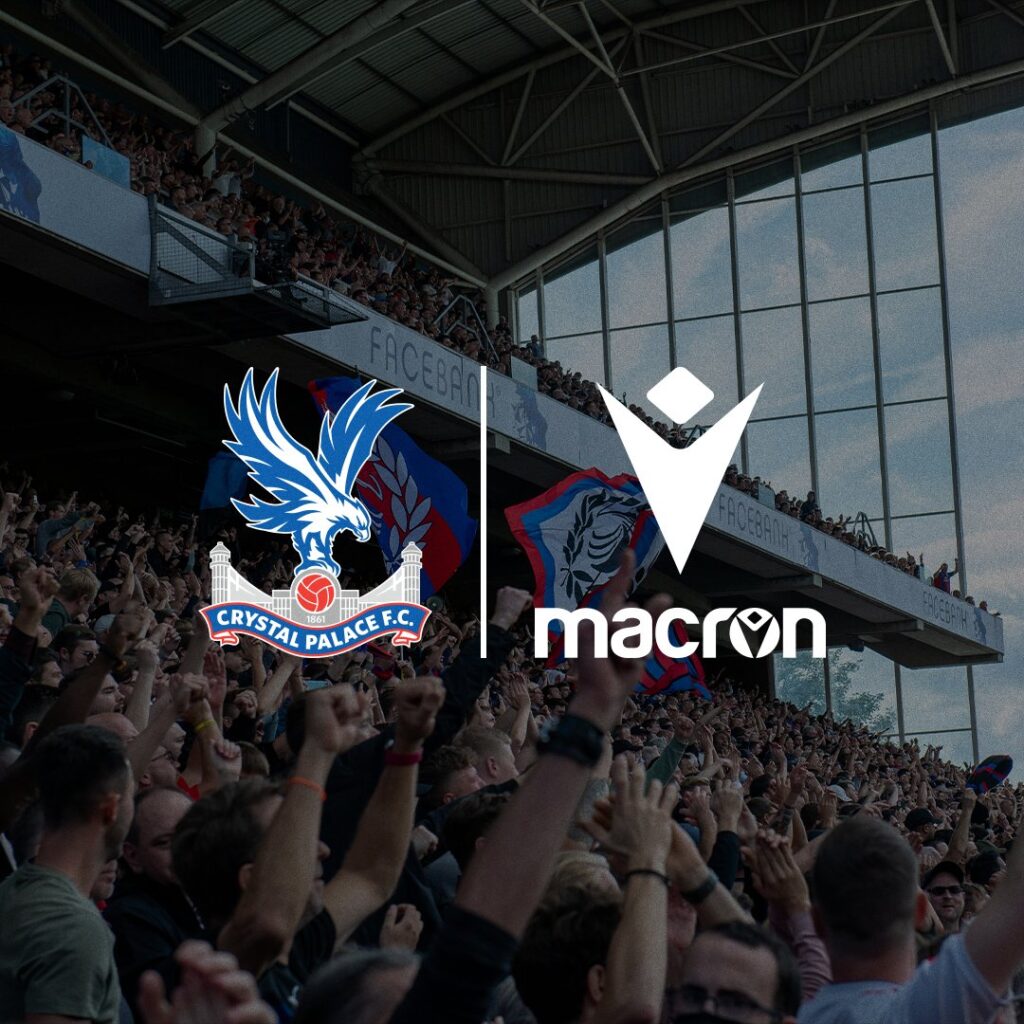 Macron is returning to the South London club after a previous partnership from 2014-18 and replaces Puma as the Eagles’ technical kit provider.

The Italian Teamwear specialist will supply all team match day kits as well as a wide range of training wear, travel garments and accessories from the forthcoming season onwards, which will be the club’s tenth consecutive season in the Premier League.

Palace recently confirmed plans to amend its crest to feature 1861, the year that the original team was set up by cricketers from the Crystal Palace Club, replacing 1905 on the badge, the year when the professional Club was founded – and this new crest will feature for the first time on the new playing kits, which are soon to be unveiled.

Based in Italy, Macron recently celebrated their 50th birthday, and are one of the fastest growing kit manufacturers in Europe, with its high performing sportswear, rooted in three pillars of technology, design and sustainability.

Macron has been voted the third largest technical brand in football within the UEFA rankings for the last four consecutive years. Since entering the rugby market, Macron today accounts for 34% of the total team kit sponsorships in the Northern Hemisphere and continues to produce high performance sportswear for more than 90 Clubs internationally.

Crystal Palace commercial director Barry Webber said: “Macron is an ambitious sports brand known for its innovation in materials as well as its style, and having formed an excellent working relationship with them in the past, we are pleased to be collaborating on Crystal Palace kits once again.

“We look forward to presenting the new strips to supporters in the coming weeks, alongside our new front of shirt sponsor Cinch”.

Macron Senior Sports Marketing Manager Ross Cook, said:“We are delighted to be working again with Crystal Palace Football Club having had such a positive relationship together, and to re-partner with such a strong club which has a long and rich history, is something very special for us.

“We have already started working hand in hand with the club to develop unique and exclusive collections created for their elite athletes as well as an extended apparel range for fans, all of which are driven by technical innovation, stylistic research, attention to detail and Italian flair alongside adapting to the club’s history and traditions.”