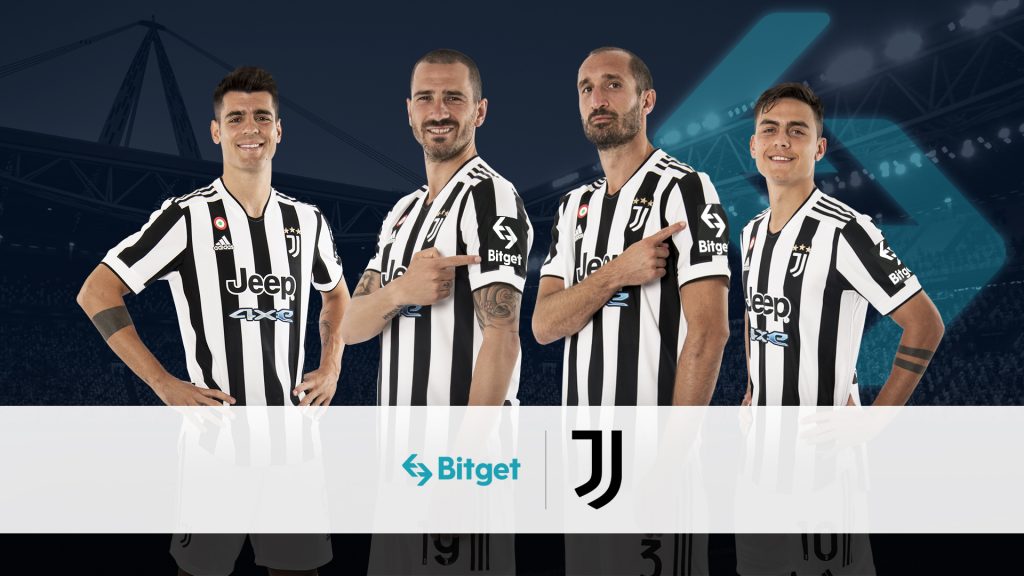 Singapore-based cryptocurrency derivatives exchange Bitget announced a partnership with Juventus to become its sponsor. According to the agreement, Bitget will act as Juventus’ official partner and official cryptocurrency exchange partner, and also its first-ever sleeve partner. The deal was brokered by IMG, a global leader in sports, events, media and fashion.

Established in 1897, Juventus is one of most time-honored and award-winning football clubs worldwide. It was the first club in the history of football to win all the major international trophies with 38 Serie A titles, 2 Champions League titles, and 3 UEFA Cups. Juventus is one of the top ten football clubs in the world, with elite players such as Chiellini, Morata, Dybala and Bonucci.

In addition, legendary players like Nedved, Buffon, Zidane, Del Piero, Montero, Baggio and Cristiano Ronaldo have all played for the club, making it one of the most important and successful clubs in Europe and the world.

“Bitget has been looking for outstanding partners from the sports world and game community. Juventus has been fighting hard in the past century, demonstrating the fair, competitive spirit that is expected in sports. Sharing the same spirit and upholding the mission of Better Trading Better Life, Bitget is committed to provide liberal, ultimate and fair trading for cryptocurrency services to users worldwide. The partnership will help Bitget better enhance our international reputation,” said James Lee, the Global Strategy Officer of Bitget.

“It is a pleasure to welcome Bitget as the first Juventus sleeve partner and help them increase their awareness across our fanbase worldwide. We will work together globally and support the Partner’s international growth path by leveraging the mutual desire to address an increasingly broad audience,” said Giorgio Ricci, Chief Revenue Officer of Juventus.

Adolfo Bara, SVP and Managing Director of Football Events at IMG, added: “We are pleased to have signed Bitget as Juventus’ first-ever sleeve sponsor. This exiting partnership marks the cryptocurrency company’s first foray into sports sponsorship and comes into play as fans around the world tune in to watch Juve’s campaign in the Champions League.”

It is reported that Bitget, established in July 2018, is now one of the world’s fastest-growing cryptocurrency derivatives exchanges that support futures trading, spot trading and digital asset purchasing. It has 1.6 million registered users in 48 countries and regions including UK, France, Italy, South Korea, Japan, and Russia.

As a platform in pursuit of ultimate service and innovation, Bitget pioneered to launch three leading products of USDT-Margined Futures, One-Click Copy Trade, and Quanto Swap Futures. With this unique performance, it has become the most popular platform among users. With an average daily trading volume of $5.6 billion, Bitget is the world’s six largest derivatives exchange and the largest crypto copy trading platform, according to CMC data.

It is an undeniable trend that sports are getting increasingly connected with cryptocurrencies. Mainstream cryptos such as Bitcoin have been accepted as a payment method by many sports platforms. As global pandemic gives rise to the demand for digital solutions, the use cases of digital currencies have evolved rapidly, replacing part of the traditional functions.