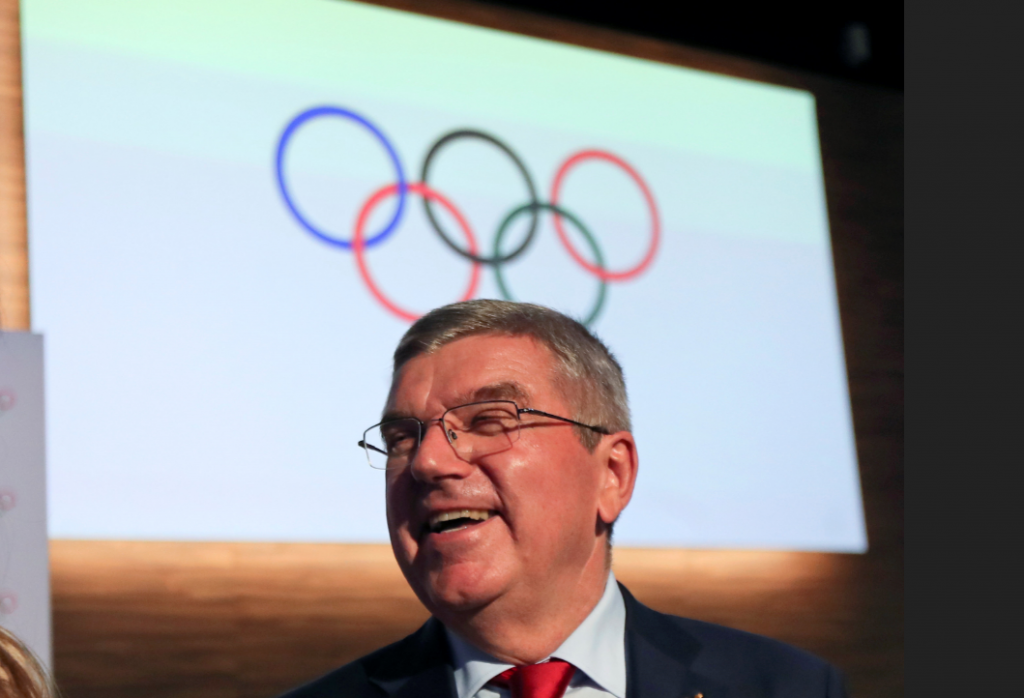 Last night it was reported by The Times that the Japanese government had privately concluded that the Tokyo Olympic Games this summer would have to be cancelled due to the coronavirus, throwing 2021’s largest sporting event into uncertainty once again.

This report came only hours after IOC President Thomas Bach had told Kyodo News there was ‘No reason whatsoever’ to believe the Games wouldn’t be going ahead as planned.

The IOC have since issued a statement today denying this report, saying it is ‘Categorically untrue’. However, doubts are still persisting and will surely be putting a huge stress on the sponsors, broadcasters and, of course, athletes who are stepping up their preparations.

Michael Pirrie analyses the latest reports and doubts about the future of the Tokyo Games and the worsening impact of the pandemic on world sport.

The new year has brought a series of familiar but unresolved pandemic challenges that threaten the Covid international sports calendar and its showpieces, including the Tokyo Olympic Games.

The challenges started in the recent countdown to the Australian Open tennis Grand Slam, the first major sporting event of the year, which narrowly escaped the emerging pandemic 12 months ago.

A year on, and the tennis showpiece is struggling with the virus it had previously evaded, heralding another ominous year ahead for international sport.

Dozens of elite tennis players have been placed under strict medical observation in luxury quarantine hotels in the host city of Melbourne, following fears players may have been exposed to the deadly virus while sharing chartered flights with Covid positive passengers travelling from different global hubs en route to the Melbourne event.

“Much of the pandemic-induced uncertainty stems comes from how the Games can be staged with safety and certainty, especially with delayed vaccination programs, roll outs and limited supplies.”

The Tokyo Olympics has been struggling with a much wider Covid outbreak crisis as it enters the vital final months of Games preparations in what will be a pivotal year for the IOC and the Olympic Movement’s flagship event.

Just a few weeks into the new year and the nations that will host the next two editions of the Games are also in the vice-like grip of the pandemic as Covid spreads in Japan and China. This is creating deep uncertainty over prospects and options for the Games.

The much wider but equally urgent task for the IOC and its stakeholders is to determine where the Olympics fit in the rapidly changing circumstances of global society brought on by the pandemic.

Much of the pandemic-induced uncertainty stems comes from how the Games can be staged with safety and certainty, especially with delayed vaccination programs, roll outs and limited supplies. All have been fuelling doubts over the Tokyo Games.

But the Tokyo Olympics is not the only major event grappling with the pandemic but it is the world’s sporting showpiece.

Several events planned for 2021 have already been rescheduled or cancelled to avoid chaos, confusion and possible outbreaks of infection, disease and death. These include the curtain raiser for the Formula 1 season, the Australian Grand Prix, and the Glastonbury Music Festival, the world’s biggest music event.

Meanwhile, with London in deep despair and suffering daily new records in Covid deaths, the EURO 2020-21 football finals scheduled for Wembley – the second biggest sporting event of the year behind the Tokyo Olympics – may be relocated to Russia despite concerns about the real severity of the pandemic and efficacy of its vaccines.

The Tokyo Olympics dwarfs all these events in scale and complexity many times over. Fresh doubts about the Tokyo Games started to emerge in the new year when a  state of Covid emergency was declared in the Olympic host city and other prefectures.

These doubts have included a lack of information about anti-Covid measures while Olympic officials worked painstakingly to adjust Games-time operations for venues, support services and facilities in line with latest data on the pandemic.

Tokyo organisers have struggled to find a circuit breaker to change the Games narrative. The sudden emergence of a new and highly infectious strain raised fears the virus could ‘float through walls’ and jolted confidence further.

While Japan’s former Abe Government invested much pride and financial support in the Tokyo Games as a project of national and international importance and prestige, plunging popularity polls have also raised doubts about the Games.

This has led to media reports indicating internal government support for the Games may be waning, despite continued public statements of assurance from new Prime Minister Suga that the Games will go ahead.

“Together with its Japanese Partners and friends, the IOC is fully concentrated on and committed to the successful delivery of the Olympic and Paralympic Games Tokyo 2020 this year.” – Part of today’s IOC statement.

Responding firmly to the latest media reports questioning the viability of the Games, IOC President Thomas Bach said: “We have at this moment, no reason whatsoever to believe that the Olympic Games in Tokyo will not open on the July 23 in the Olympic Stadium in Tokyo.”

With hundreds of Covid victims dying every hour in some of the worst hit countries, the future of the Games will depend on the state of the global pandemic and whether Japan can curb the current outbreaks before the Games.

Growing concerns within the international community about proceeding with the Games in the worsening pandemic must also be addressed and resolved as soon as possible.

Especially amongst athlete groups, whose mounting fears about the safety of the Games at the start of the pandemic helped to bring forward the decision to postpone the Tokyo Games in late March.

Influential United States Olympic swimming legend Michael Phelps is one of a number of former Olympic gold medallists who have expressed deep concern about the Games, along with British Olympic rowing icon, Sir Matthew Pinsent.

The rising death tolls have placed the international community and Olympic nations on high alert.

Sir Keith Mills, one of the UK’s and world’s most respected and successful international sports marketing and event planning figures doubts the Tokyo Games can go ahead in the current circumstances.

“Personally, sitting here, looking at the pandemic around the world, in South America, North America, Africa and Europe, it looks unlikely,” according to Mills, who played a seminal role in helping to bring the Olympic Games to London in 2012, along with his close friend, Seb Coe.

Much could be riding on the success of planning for the Australian Open tennis next month, the first major sports event of the year and a microcosm of issues confronting international sport in 2021 and beyond.

Tennis organisers have promised the strictest biosecurity and safest sporting event since the onset of pandemic. World sport’s governing bodies and international federations and host cities hope the Grand Slam could provide new biosecurity model that other elite events could follow.

“The AO preparations have so far however demonstrated how easily the virus can exploit any gaps in biosecurity surrounding international travel, the cornerstone of world sport.”

The AO preparations have so far however demonstrated how easily the virus can exploit any gaps in biosecurity surrounding international travel, the cornerstone of world sport.

This is not good news for the world’s biggest sporting events such as the Summer and Winter Olympic Games and FIFA Football World and Continental cups, which depend on highly complex international travel operations and arrangements.

While international travel and major events have facilitated the global spread of the virus, debate over the safety of such events has intensified in recent weeks as the pandemic continues to stalk the world and its showpiece fixtures.

New research pointing to the risks of inflight transmission of the virus has also placed the future of major events including Tokyo up in the air.

Michael Pirrie is an international communications and commentator on world sport and major events. He was Executive Adviser to London 2012 Olympic Games Committee chair, Seb Coe, and worked with Sir Keith Mills on the UK’s successful bid for the London Olympic and Paralympic Games.