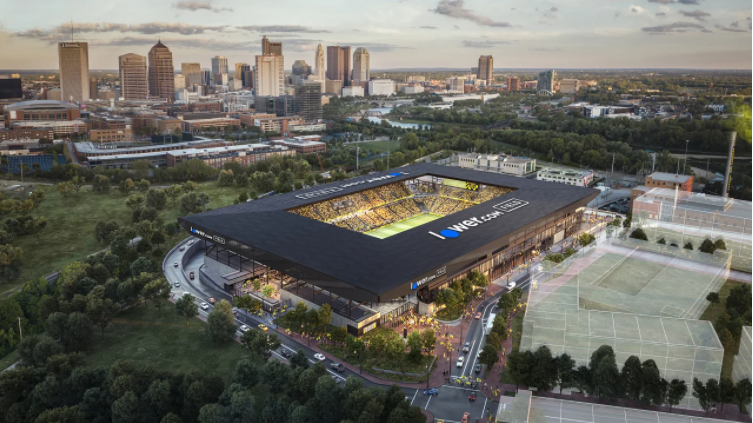 The Columbus Crew’s new soccer-specific stadium will now be known as Lower.com Field after the MLS original signed a long-term partnership that includes naming rights to their downtown venue.

Lower is a fintech company that seeks to simplify the process of buying or refinancing a home. The Columbus-based business was voted the best place to work in 2021 by Columbus CEO Magazine.

“We are proud to partner with Lower in naming our new stadium,” Dee Haslam, Columbus Crew investor-operator, said in a release. “Dan Snyder’s leadership and vision align so strongly with the goals of the Crew. Lower is a world-class company, rooted in Columbus, renowned for their culture and fully invested in giving back to our community.

“Lower.com Field will provide our players a home-field advantage and our supporters a best-in-class experience. In addition to match days, we are immensely excited that Lower.com Field will be the cornerstone of a new live, work, and play neighborhood in Astor Park. On behalf of the Haslam and Edwards Families, we look forward to working together to make a sustainable and positive difference in Columbus and for our supporters.”

Lower.com Field is set to open when the Crew host the New England Revolution on July 3 in what amounts to a rematch of last year’s Eastern Conference Final in the Audi MLS Cup Playoffs. The clubs also met on May 16 at Gillette Stadium, a 1-0 win for New England.

“We have nearly 1,000 local team members, have funded billions in loans, and have been named the top workplace in Columbus, and yet, we’re still relatively unknown as a company,” Lower CEO Dan Snyder said in a release. “So, this partnership, to some extent, is the coming-out party for our brand.

“Very few companies ever get to name a stadium, let alone a brand new one, in their hometown. It is a once-in-a-lifetime opportunity. On behalf of my partners and the entire team, we couldn’t be more excited to open up Lower.com Field to the city of Columbus on July 3.”