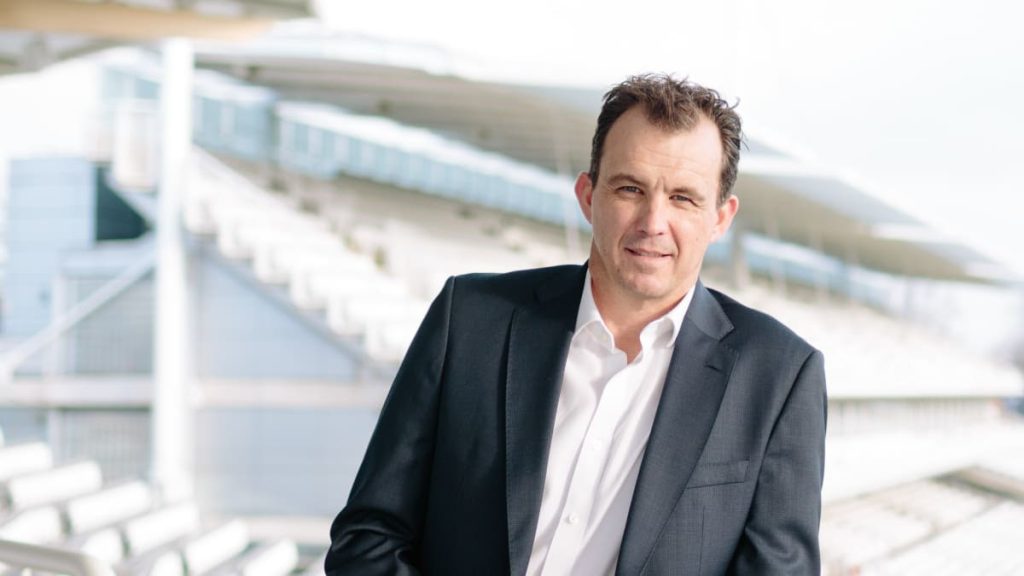 Tom Harrison has decided to step down as Chief Executive Officer of the England and Wales Cricket Board (ECB) after more than seven years in the role. He will leave the organisation in June.

The ECB Board will now begin a comprehensive search process to identify the next CEO who will lead the ECB and work with stakeholders across cricket to ensure the continued growth and development of the sport. A key part of this role will be taking on leadership of the game-wide programme of action and improvement to make cricket a welcoming and diverse sport, including through the continued implementation of the action plan agreed in November 2021 to drive out discrimination within the game.

Clare Connor, currently Managing Director of England Women’s Cricket, has agreed to become interim CEO when Harrison leaves until a permanent successor is in post.

Since taking up the role of CEO in January 2015, Harrison has overseen record levels of investment across the game at all levels and has led the delivery of the ECB’s ‘Inspiring Generations’ strategy, which aims to make cricket a bigger and more accessible and inclusive sport. He also led the ECB’s response to the Coronavirus pandemic as cricket confronted unprecedented financial challenges and became the first sport to achieve the return of competitive international fixtures in July 2020.

The growth of the game – including the launch of children’s participation programmes All Stars and Dynamos – has been supported by significantly increased investment in the sport, as the ECB’s annual revenue almost trebled during Harrison’s tenure. Support from broadcast and commercial partners has been crucial to this growth, including through a successful long-term partnership with Sky and the return of live cricket to free-to-air TV with the BBC.

Tom Harrison said: “It has been a huge honour to be CEO of the ECB for the past seven years. Cricket is an extraordinary force for good in the world and my goal has been to make the game bigger and ensure more people and more communities in England and Wales feel they have a place in this sport. The long-term health of cricket depends on its ability to grow and remain relevant and be more inclusive in an ever-changing world.

“The past two years have been incredibly challenging, but we have pulled together to get through the pandemic, overcome cricket’s biggest financial crisis, and committed to tackling discrimination and continuing the journey towards becoming the inclusive, welcoming sport we strive to be. I have put everything into this role, but I believe now is the right time to bring in fresh energy to continue this work.”

Martin Darlow, Interim ECB Chair, said: “Tom has been an outstanding CEO and deserves our sincere thanks for all he has achieved in his time at the ECB. Through the Inspiring Generations strategy, he has set the game on a path to growth and to being played and watched by more people from all backgrounds, underpinned by record investment in cricket.

“When the pandemic struck, it was Tom’s leadership that brought the game together and saved us from the worst financial crisis the sport has ever faced. He has always put the interests of the game first and worked to lead important change to make our game more accessible and inclusive, though we all know there is still much more work to do.

“We will now begin the search for his successor who can build on all that he has achieved. I’m pleased that Clare Connor has agreed to step into the role on an interim basis while this process is under way.”