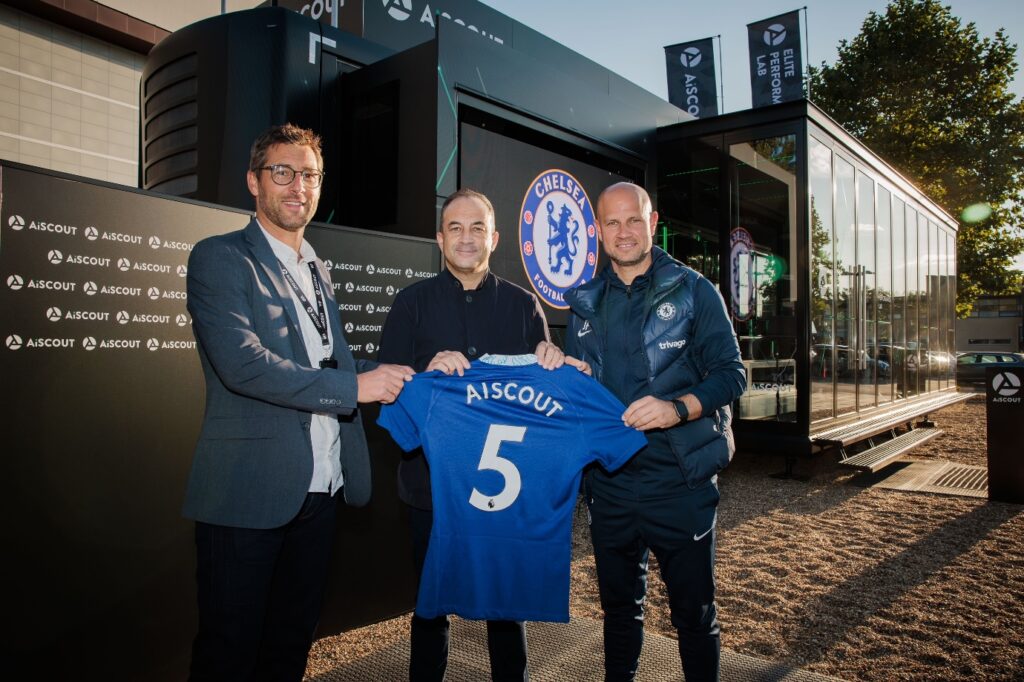 The six-times Premier League and two-times Champions League winners negotiated a deal to secure AiSCOUT as their Official Academy Research Partner, with the platform set to become an integral part of the club’s recruitment and scouting process for academy players over the next five years.

The platform has been developed by industry-leading experts in data, talent ID and artificial intelligence, with the assistance of professional football clubs, and is the only digital scouting product invited into the FIFA Innovation Programme.

During the initial Research and Development phase, one of the players out of a test pool of 50 who downloaded the AiSCOUT player app and had never been trialled or scouted before, was Ben Greenwood. Ben was 17 when he downloaded the app. He completed his profile, added images and videos, and more importantly, generated impressive data by entering the club trials. His data pinged the AiSCOUT app, and within days he was invited to trial with the Chelsea FC U18 team for eight weeks, scoring on his debut. Ben went on to sign for Premier League club AFC Bournemouth, making his first team debut in July 2021, and represented the Republic of Ireland at U19 level. Additional testing has seen thousands more hopefuls like Ben enter trials on the app, with 65 players trialled or signed by professional clubs and national squads so far.

Behind the scenes, AiSCOUT have been working with the Chelsea FC Academy for the past two years during the platform’s Research & Development stage, gaining valuable knowledge alongside insights into the traditional scouting and recruitment processes carried out at elite football clubs.

The Chelsea FC Academy is widely recognised as one of the most successful in the world, having delivered multiple titles at youth team level across several age groups, and producing talent including Mason Mount, Reece James and Ruben Loftus-Cheek, all of whom have become household names in the Chelsea men’s first team. With AiSCOUT now onboard, the next generation of talent looks set to be unearthed with the help of AI technology.

Darren Peries, founder of AiSCOUT said: “For a club with Chelsea’s success and history to select our technology to help them identify the next generation of player talent, shows that we must have developed something special.

“To be recognised as an Official Academy Research partner and be talked about alongside the clubs’ other major partners, is a landmark moment for everyone involved with AiSCOUT and further strengthens our credibility as we launch our platform to the wider football world.”

He added: “AiSCOUT is solving a significant unmet need, revolutionising the talent scouting and development eco-system in world football. For players anywhere in the world, of all ages, we are providing an opportunity to generate real data and trial for a professional football club with a mobile phone. For scouts and clubs, we are making it easier for them to reach, analyse, recruit and develop new players worldwide. It is a truly game-changing development.”

Jim Fraser, Head of Youth Recruitment and Assistant Head of Youth Development at Chelsea FC, said: “Having worked with AiSCOUT for the last two years researching talent identification and recruitment, the way in which they are innovating the process through technological advances is truly game-changing. They have created a solution with the potential to revolutionise the scouting and development process across football, which will help us identify, recruit and develop the best talent more effectively and efficiently than ever before. We are delighted to be working with them for the next five years and are excited to unearth the next generation of talent.”