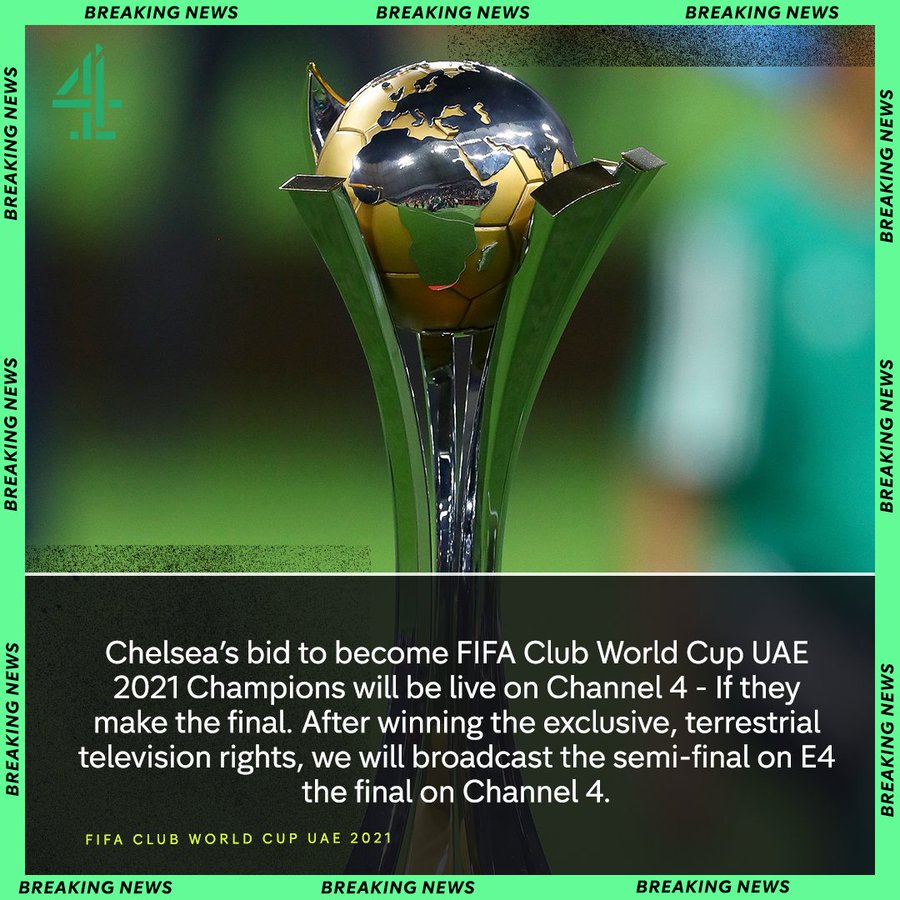 Chelsea’s bid to become FIFA Club World Cup UAE 2021 Champions will be live on Channel 4 – if they make the final.

Chelsea will be aiming to join Barcelona, Bayern Munich, Real Madrid, Liverpool and Manchester United and lift the FIFA Club World Cup for the first time in their history.

Channel 4 has won the exclusive, terrestrial television rights to show the match live and is the latest in a number of outstanding sports deals* to have been secured by the broadcaster’s sports team.

The FIFA Club World Cup UAE 2021 final will be live on Channel 4 from 4pm on Saturday, 12th February if Chelsea win their semi-final. Their semi-final, against opponents yet to be decided, on Wednesday, 9th February will be shown live on E4 with coverage starting at 4pm.

Channel 4’s Head of Sport Pete Andrews said: “This is one of the few major honours to have eluded Chelsea so it’d be great if they can make history live on Channel 4. We’re delighted to be bringing top-flight football live on free to air terrestrial television, let’s just hope The Blues can go all the way.”

And for anyone who misses the final, a highlights programme will be shown in the evening on Channel 4 on Saturday, 12th February.