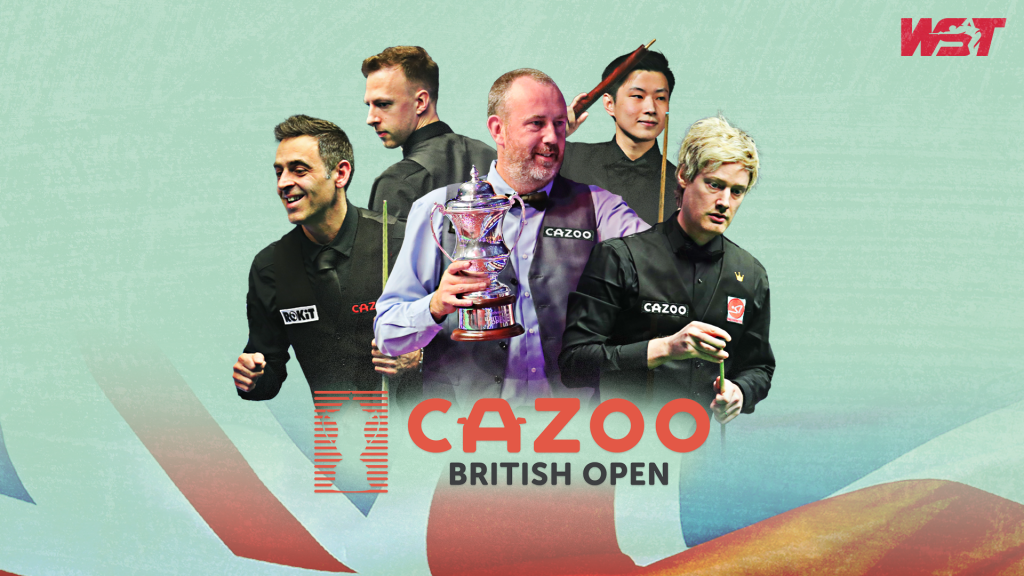 Cazoo, Europe’s leading online car retailer, which makes ordering a car as simple and seamless as buying any other product online today, is expanding its snooker partnership with the World Snooker Tour to become the main sponsor of the British Open for the first time.

The 2022 Cazoo British Open will run from September 26th to October 2nd at the Marshall Arena in Milton Keynes and will see prominent Cazoo branding on the main set, players’ waistcoats and interview and media conference backdrops and will have extensive live coverage on ITV and a range of broadcasters across the globe.

Cazoo was founded in 2018 by renowned British entrepreneur Alex Chesterman and has already sold over 60,000 cars in the UK since its launch as consumers have embraced the selection, value, transparency and convenience of buying and selling used cars fully online. Cazoo has grown its team to over 4,250 across the UK, France, Germany, Spain, Italy and Portugal.

Snooker’s British Open was first staged in 1985 and remained on the calendar until 2004, then returned in 2021 after a 17-year gap. Mark Williams is the defending champion having beaten Gary Wilson 6-4 in the final in Leicester.

It’s the only tournament on the WST circuit to include a random ‘FA Cup style’ draw for each round. Last year, matches in the early rounds were the best of five frames, but this year that has been increased to best of seven for the early rounds, best of nine for the quarter-finals, best of 11 for the semis and best of 19 for the showpiece final on Sunday October 2nd.

“We’re excited to extend our partnership with WST and Matchroom to include the 2022 Cazoo British Open. This deal will grow our audience as we continue to build Cazoo into a household brand and deliver the best car buying and selling experience across the UK and Europe.”

“We are thrilled to join forces once again with Cazoo for the fantastic British Open which proved a great success when we brought it back on to the calendar last season. Cazoo have an outstanding set of snooker properties across the season, bringing massive global exposure for their brand. With extensive free to air coverage on ITV and the best players in the world competing for the title, the Cazoo British Open will once again reach a vast audience of snooker fans. We are excited to work with the Cazoo team on building this far-reaching partnership.”