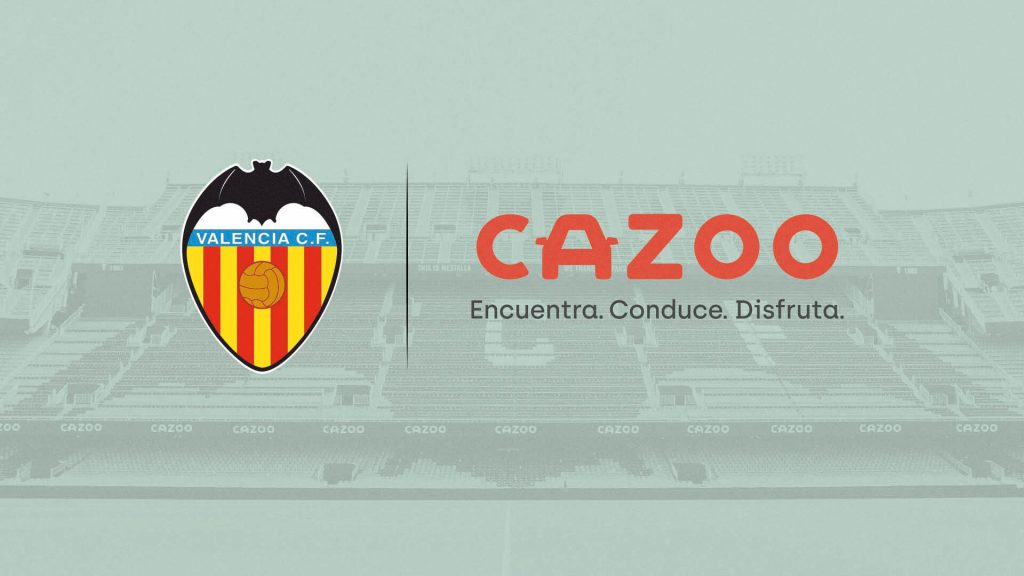 Valencia CF and Cazoo have signed a multi-year agreement, that will see Europe’s leading online car retailer, which makes buying a used car as simple and seamless as ordering any other product online, become Main Partner and Shirt Sponsor of the club from the start of next season. From July 1st, 2022, Cazoo branding will feature on the front of the Valencia CF men and women’s shirts and throughout the Mestalla Stadium, obtaining significant visibility on televised football coverage on matchdays and on all digital platforms.

Cazoo currently sponsors other clubs such as Everton and Aston Villa in the Premier League and this deal will form part of an extensive marketing campaign by Cazoo when it launches in Spain in the first half of 2022 as it continues to rollout across Europe, following its recent launches in both France and Germany and its acquisition of Barcelona-based Swipcar.

Cazoo owns and reconditions its cars to the highest standard before offering them for delivery in just a few days and has thousands of cars available at any time. With customers able to purchase a car entirely online and have it delivered directly to their door, Cazoo has been referred to as the ‘Amazon of the used car market’.

Cazoo was founded in 2018 by renowned British entrepreneur Alex Chesterman and has already sold over 50,000 cars in the UK since its launch as consumers have embraced the selection, value, transparency and convenience of buying used cars fully online.

Cazoo has grown its team to over 4,000 across the UK, France, Germany, Spain and Portugal, and has been one of the fastest growing businesses in Europe. Over the past two years, it has been pioneering the shift to online car buying, and recently listing on the NYSE in August 2020, and has raised over $1.4bn to build out its brand and infrastructure as it looks to continue to transform the car buying and selling experience across the UK and Europe.

“We are very excited to be partnering with Valencia CF. We have been in talks with the club for a few months, and we’re pleased to be able to announce the partnership with such an historic club. They have a very passionate supporter base and following across Spain and have had great success in Europe and we are looking forward to engaging with the fans and local community to deliver the best car buying experience in Spain in 2022.”

“We are looking forward to partnering with Cazoo next season. Valencia CF will bring Cazoo to a large audience in Spain and beyond. This agreement positions Valencia CF even more as an international club that is attractive for big brands. We look forward to this exciting journey together.”