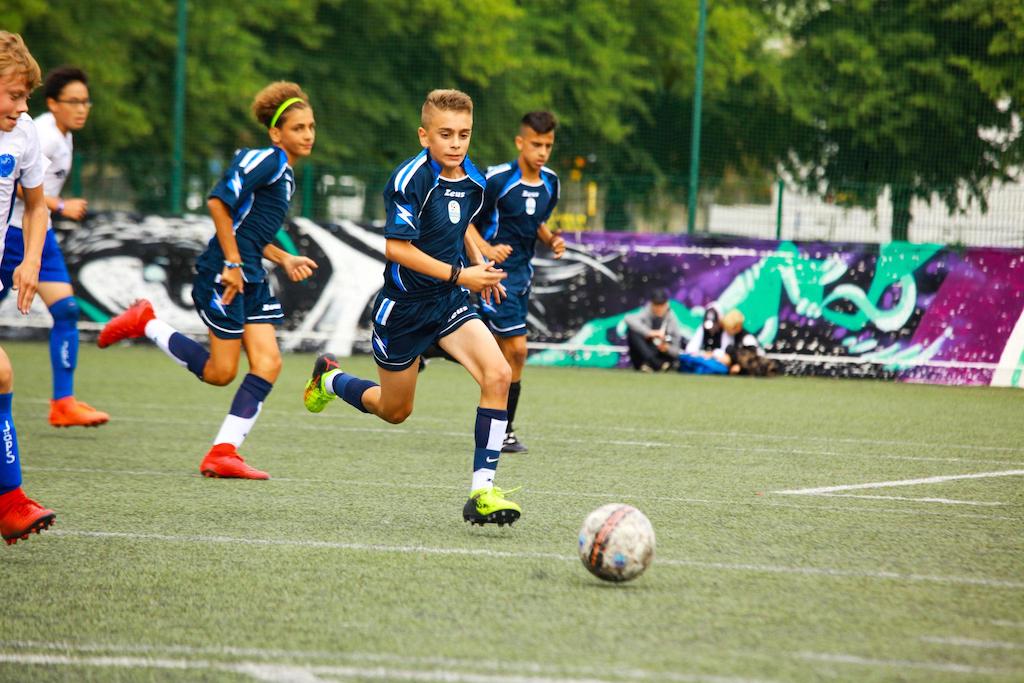 Case Study: The Helsinki Cup App, the No. 1 channel for the junior football tournament

In large tournaments good communication tools come in handy. Here’s how one of the largest junior football tournaments in Europe uses their mobile app.

When you’re hosting a football tournament for over 20 000 junior players and their support groups, there are a lot of moving parts. In that setting, good communication tools come in handy.

Here’s a look into our collaboration with Helsinki Cup, one of the biggest junior football tournaments in Europe, and how their mobile app became the number one source of information for the tournament attendance.

Using the app in tournament setting

The new Helsinki Cup app was a huge hit during its first year, as it was downloaded over 3 times more than the old 2019 app. It racked up an impressive 17 000 downloads and had an average usage time of 9 minutes and 30 seconds. It ranked first in App Store and Google Play Sports app listing 24 hours after the app launch. In the post tournament survey 74% of the participants said that the app was their primary source of information regarding the tournament, compared to the old app with only 40% favoring it in 2019.

Why did the attendees like to use the mobile app? Some reasons include:

The attendees can find the timetables and the tournament program easily in the app. This is crucial as the tournament has many football fields in the city of Helsinki, and it is critical for the players and attendees to be on time. If you need information fast, the experience is faster and better with a mobile app rather than using a website.

Users can find maps and directions in the app. Most of the attendees aren’t familiar with Helsinki. The directions are easy to use with the mobile phone and GPS.

The scoreboard can be found in the app, so players and their parents can follow the results easily in the app. This is done by integrating Helsinki Cup’s scoreboard solution Torneopal into the app.

The parents can watch the games through a livestream. If they want to follow the match but also explore the city, it can be done with the stream. The streaming service Solidsport was integrated into the app for the 2021 tournament. 90% of the games were streamed and the attendees could pay a fee to watch the stream.

Social media updates. Helsinki Cup’s Instagram feed has been integrated into the app where users can see them in one place.

On top of serving the attendees, there are also a number of reasons why the app is so useful for the organizers:

Push messages are a fast way to inform attendees. Organizers can send out a push message if something comes up that attendees need to know immediately. Pushes can also be scheduled in advance for certain times. Both are useful features in hectic tournaments like Helsinki Cup.

Sponsor visibility. A mobile app brings a new possibility to showcase the tournament sponsors, which benefits the partners and Helsinki Cup organization to fund, grow and develop the tournament even further.

Informing attendees also before and after the tournament. Right now Helsinki Cup is showing a compilation video from the previous tournament, offering registrations for next year – including an early bird raffle to win free tickets. The tournament is also sending a monthly push message about the latest news and keeping the audience active around the year.

This way the mobile app truly helps the whole tournament ecosystem connect before, during and after the intensive event.

Both the tournament and the app have seen growth in numbers during the three years of our collaboration.

For Helsinki Cup, 2022 was their biggest tournament in its 46-year history with 5140 teams attending.

average time spent of 12 minutes 42 seconds per user per day.

During the three years of the app has cemented its position as the most important communication channel, reported by the attendees. The app is popular among the users, and the information about the app has spread fast.

Kirsi Kavanne, Helsinki Cup CEO says: “We at Helsinki Cup have been extremely satisfied with the mobile application. In my opinion it is straightforward, customer-friendly, easy to use and convenient to update.

“Parents of children participating in Helsinki Cup also agree, according to the feedback we’ve received. Our annual visitor survey indicates that the Helsinki Cup mobile application has very quickly become the most important channel for following the tournament and getting news updates related to it.”