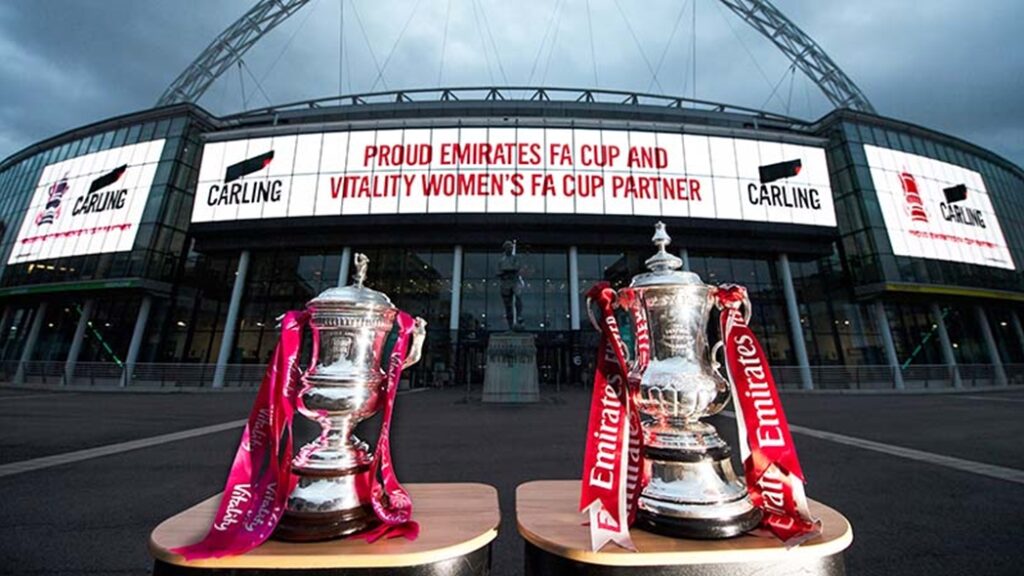 The Emirates FA Cup and Vitality Women’s FA Cup have today partnered up with Carling, who become the new official beer partner for both competitions.

The partnership brings together two national icons with rich football heritages ahead of the fourth round of both the men’s and women’s competitions over the coming weekend.

As part of the deal, which will run until at least 2025, the number one lager brand in Great Britain will be rolling out promotional activity throughout the remainder of this season’s competitions to generate further excitement among fans.

It follows recent football-themed campaign activity ahead of and during the winter World Cup, including a limited-edition shirt giveaway and partnership with talkSPORT’s coverage of the tournament.

Speaking about the new deal, our commercial director, Navin Singh, said: “This new partnership with Carling will help to provide vital investment across all levels of the Emirates FA Cup and the Vitality Women’s FA Cup.

“Carling has a proven track-record of sponsorship in the football industry, and we look forward to working closely with them during this exciting time for our showpiece competitions.”

Lee Willett, Carling brand director at Molson Coors Beverage Company, added: “We firmly believe the beautiful game should be open to everyone, which is why this is a perfect partnership. The FA Cup spans every level of the game, from non-League to Premier League, and we’re delighted to be supporting both the men’s and women’s competitions.”

“Sporting occasions are a massive opportunity for our customers to drive sales and fans will have the competition rounds earmarked in their calendars. We’ll be helping our customers to capitalise on the excitement it generates and drive more footfall in their venues.”