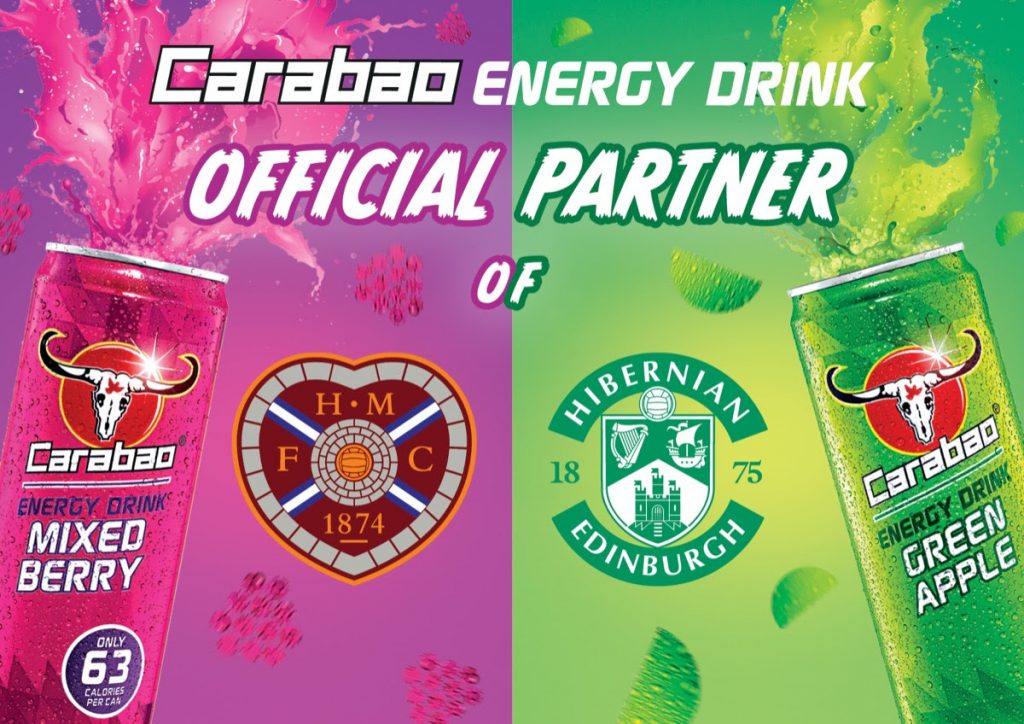 As the two biggest football teams in the capital city continue the 2021-22 season of the Cinch Premiership, Carabao has unveiled it will sponsor both clubs for a second year in a row, with deals that continue to benefit both teams and will no doubt excite fans across Edinburgh.

Carabao’s bright coloured cans are a perfect match to represent the club’s own colours. With Hibs vibrant green represented by Carabao’s Green Apple Flavour and the notable maroon tones of Hearts echoed in Carabao’s Mixed Berry flavour. Both clubs will be stocking Carabao with special offers via their websites.

It is no surprise that the brand has extended its partnership after a successful year in 2019/2020, with research showing that football fans are 1.6x more likely to purchase a can*. The extension has been agreed for the new Scottish football season and will see a presence from Carabao via LED and trackside advertising for home matches at Easter Road and Tynecastle Park.

This season, the energy drink brand has announced that it will become an official community sponsor for Hearts and will promote all match day social media posts on drinkcarabao.co.uk throughout the season. The exciting sponsorship extension will continue to offer an opportunity for Carabao to engage with football fans and broaden its presence in Scotland.

John Luck, Chief Marketing Officer at Carabao said: “We’re really excited to continue our partnership with both Hibs and Hearts and become their official energy drink partner for a second season running.

“We’re looking forward to growing our existing relationship with both clubs and having a presence at both Easter Road and Tynecastle Park. As all football fans are, we’re so pleased to be heading back into the stadiums this season”.

Carabao is also serving up a fantastic deal for Scottish consumers shopping in McColl’s with a ‘two for £1’ offer available on its cans throughout August 2021.