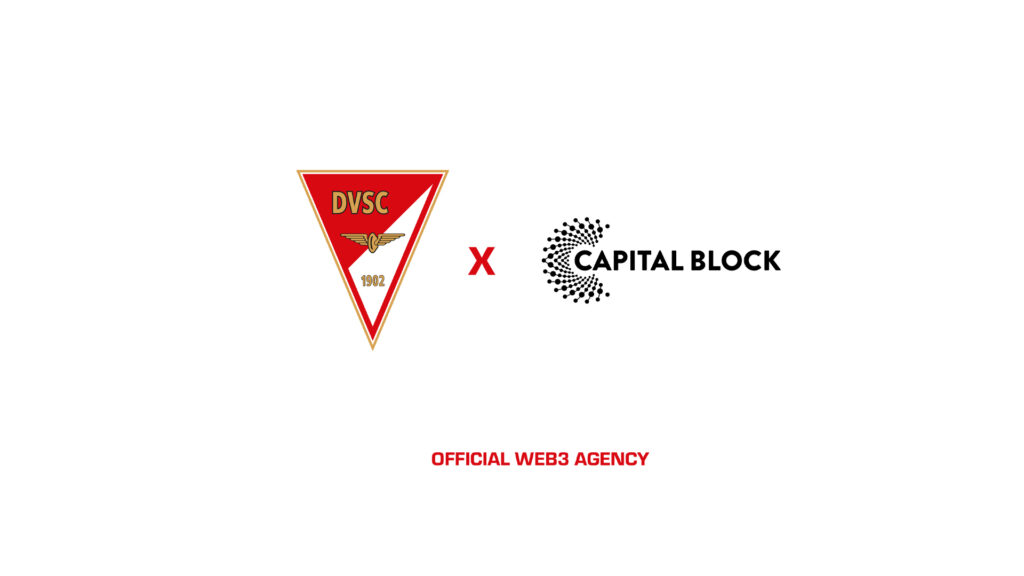 Capital Block, the leading web3 agency for the sports and entertainment markets, can today share that it has been appointed by Debreceni VSC (DVSC), the Hungarian football club, as its official web3 agency.

The club is now gearing up to offer revolutionary new web3 products that enable fans to get closer to their club than ever before.

As a result of this partnership, DVSC has become the first Hungarian football club to signal its intentions in web3. Capital Block will be responsible for advising and implementing DVSC’s ventures into the web3 space, which could include Token launches, NFTs, and a push into the Metaverse.

DVSC alongside Capital Block will soon be making further announcements of potential launches of web3 products. All the products and launches will be owned by DVSC, rather than outsourced to a third party provider, allowing maximum autonomy when it comes to decision making.

Capital Block has a strong track record in developing successful web3 products that enable football fans to get closer to their club, and already works with major football clubs like AS Monaco in France, Legia Warsaw in Poland, and Galatasaray in Turkey.

Capital Block ran Galatasaray’s first ever NFT drop, which sold out in under one minute.

Capital Block says that web3 is still considerably untapped by European football clubs. Even though more football clubs are announcing their involvement in web3 projects, the continent is still some way behind markets like the US.

Tim Mangnall, CEO of Capital Block, continues: “We’ll now get straight to work developing innovative web3 products that bring fans closer to DVSC, and ensuring that DVSC remains at the forefront of innovation in Hungarian football. Watch this space!”

“Our focus will initially be on helping DVSC fans understand web3 and the real-world opportunities it can bring them, before launching a suite of web3 products.”

DVSC press secretary Tóth Csaba Zsolt comments: “We can’t wait to get started with Capital Block, who are Europe’s leading experts when it comes to the intersection of web3 and sports. We were so impressed at their plans to keep our brilliant DVSC fans at the heart of this project, and we can’t wait to share our plans very soon.”