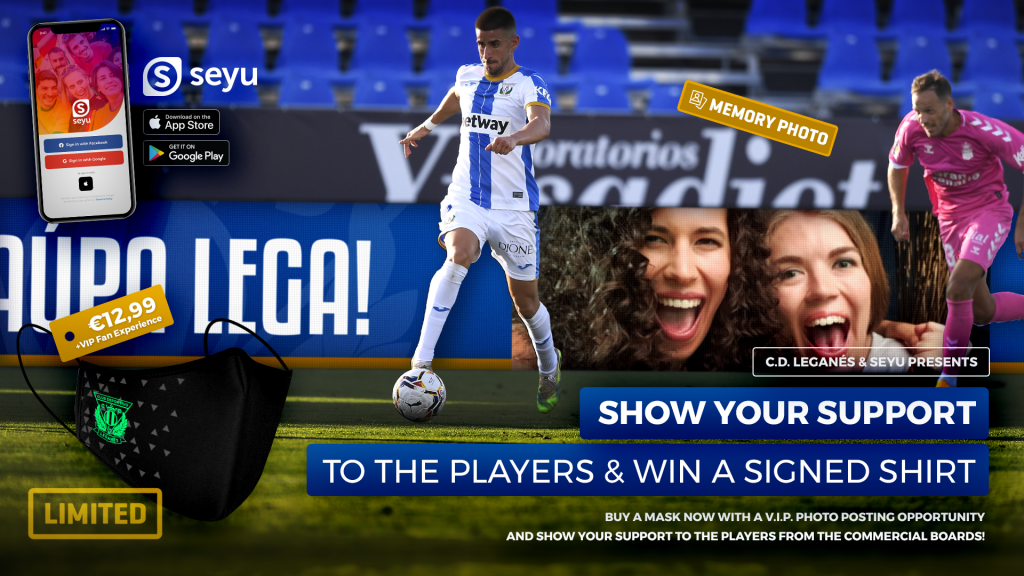 C.D. Leganés Brings Fans ‘Virtually Back’ At The Arena With Seyu Partnership

C.D. Leganés have signed a technology partnership with Seyu.

As part of the partnership, C.D. Leganés brought their fans back virtually in the arena for the match against Real Oviedo CF, providing a chance for everybody to show their support to the players on the pitch.

Thanks to the photo posting application, fans were able to be featured ‘virtually’ at the arena on the big screen and pitchside LED perimeter boards, right next to the action, making sure that the players are encouraged by the C.D. Leganés fans’ devotion when they see them on all screens in the stadium.

All fans could post their photos on to the screens in the Municipal Stadium of Butarque who purchased the C.D. Leganés mask with the VIP Fan Experience.

Once they were the owners of the C.D. Leganés mask, they received the instructions on how to post their fan photos onto the giant screen at the arena to encourage their favourites with Seyu. Memory photos were also available after the game for the fans sending selfies.

If you still haven’t had the chance to buy the C.D. Leganés mask with VIP photo posting experience (LIMITED availability), do it now via this LINK and make sure you are there for the players on our next match against Real Oviedo CF on the 25nd of October!